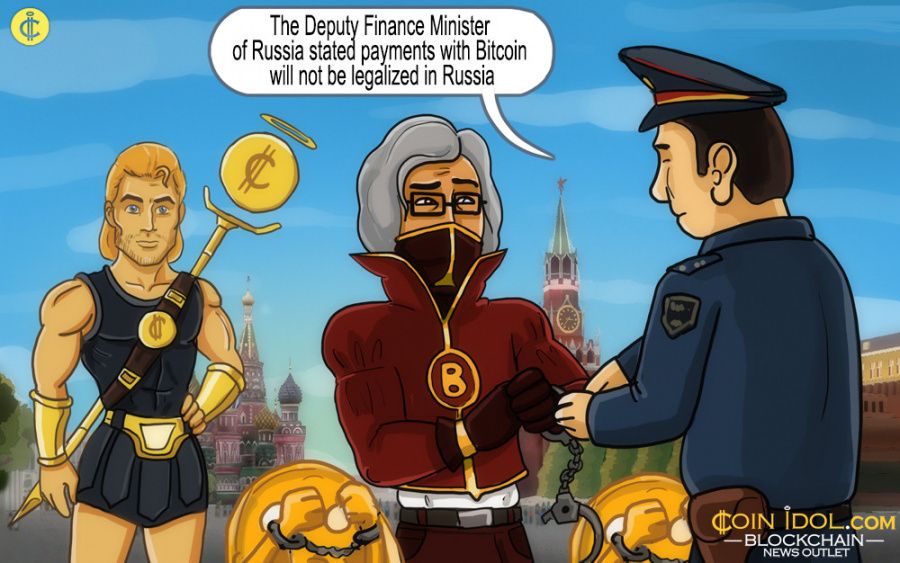 The Deputy Finance Minister of Russia, Alexei Moiseyev, recently stated payments with Bitcoin will not be legalized in Russia and making transactions via Bitcoin should be considered similar to playing the board game “Monopoly”.

"I encourage all your readers to pay attention to this: you have rights to buy real estate, for example, for the cards from Monopoly, but thus you are deprived of any legal protection, and you also violate the constitutional principle that the national the currency is the ruble.”

He added that the financial department or Russia is categorically opposed to such transactions, and citizens should be cautious when using the cryptocurrency. In his opinion, people who insist on paying bitcoins "want to hide either the tax or the origin of money". Even if these people are conscientious and have nothing to hide, they must remember there is no legal protection against any fraudulent actions when dealing with cryptocurrency.

Nevertheless, Anatoly Aksakov, chairman of the Financial Market Committee for the Kremlin, said discussions on the cryptocurrency’s regulation will continue. Aksakov added that he himself advocated for the introduction of cryptocurrency regulation in Russia.

"In any case, market is market. The market is developing rapidly, and there are certain pros that can be used. I mean the advantages associated with attracting investment for projects through the ICO. I am positive about this, but there is another point of view. In order to make a decision, consensus will be necessary."

According to the recent report by local media outlets, the Russian government announced a competition to conduct a study of the cryptocurrency market, blockchain and ICOs. The winner would receive a contract of nearly 2.5 million rubles.

According to the documents, the winner of the competition will have to explore the foreign experience of introducing and using new financial technologies and the possibility of using ICOs as an alternative way to attract investment.