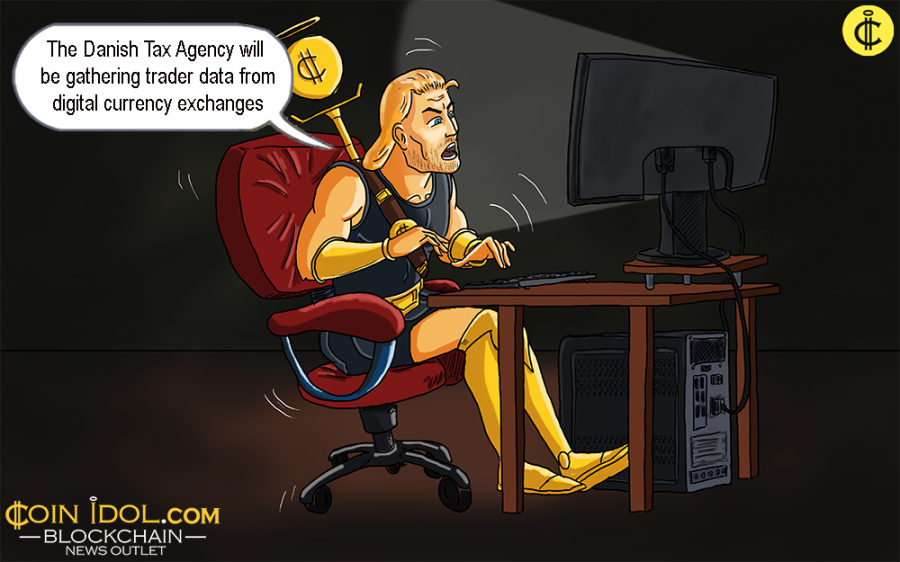 The Danish Tax Agency, Skattestyrelsen, announced on January 14 via their website, that it will be gathering trader data from 3 digital currency exchanges including localbitcoins to guarantee that clients are fully paying the right taxes. Data about foreign citizens, companies and organizations will be shared with other nations.

Skattestyrelsen declared it has been endowed with authority by the Danish Tax Council, Skatterådet, to collect relevant information about cryptoasset trades carried out on 3 crypto exchanges platforms between Friday, January 1, 2016, and Monday, December 31, 2018. The agency revealed that it’s the first time it will have access to this sort of information. The director of Skattestyrelsen who is responsible for personal income tax collection, Karin Bergen, revealed:

“With the permission of the Skatterådet, we will for the first time gain access to the trades made through Danish exchanges. This gives us new opportunities with respect to exercising control in the sector.”

The Moment of Truth

The 3 exchanges must now give data about all purchases and sales of digital currency made by their clients during the 24-month period. They will be duty-bound to include identification data like CPR numbers, names, addresses, personal ID numbers provided by the Danish Civil Registration System.

The determination to allow the Skattestyrelsen to amass the information was taken at the previous meeting of the Tax Council that happened in December last year. The tax agency was alerted by Finland’s tax authorities about massive Danish nationals trading cryptoassets on a Finnish Bitcoin (BTC) exchange. The tax body of Denmark also considers sharing data about digital currency transactions conducted by foreign users and firms in Denmark with tax authorities in the nations in question.

The tax agency is now contacting the Danish digital currency exchanges to set up a procedure for the revelation of the data. Once the information is obtained, Skattestyrelsen will guarantee that nationals who have traded virtual currency have paid their taxes. Director Karin further revealed that:

“Not going too far, I think one can say this is a large market that we need to immediately look into. When we recently received information from the Finnish BTC exchange, it gave us a small portion of the larger picture, which we now have the opportunity to reveal even more of. Albeit, it’s still too early to tell how many crypto traders are out there and how much  has been traded.”

The tax authority will correct that tax base for every trader before the summer period. Each case will be reassessed and managed individually to ascertain whether a digital currency trade is part of the nonexempt income.

Last month, Skattestyrelsen was tipped off by Finnish tax authorities about 2,700 Danes trading on a digital currency exchange located in Finland. The Danish nationals have traded cryptos worth over 100 million kroner (approx. $15 million USD) between the year 2015 & 2017.

In December 2017, the authority cited a survey carried out by the National Tax Board which discovered that around 450,000 Danes are planning shopping with cryptoasset. The tax agency established a movement to alert taxpayers about their responsibilities and the tax deductions they are qualified for by right according to law.

Since Denmark has not presented a particular tax structure for cryptos, the tax agency has purportedly treated cryptoasset gains similarly to gains on stocks previously.

The news of Denmark’s tax authorities crackdown and severely repressive actions co-occurs with an identical crackdown by the tax authority of Bulgaria. Last year but one, Coinbase, US-based cryptoasset exchanges platform battled a similar request from the U.S tax authority, that demanded the trading information of around 500,000 of its clients; in the long run, Coinbase just gave 13,000 crypto trading records.