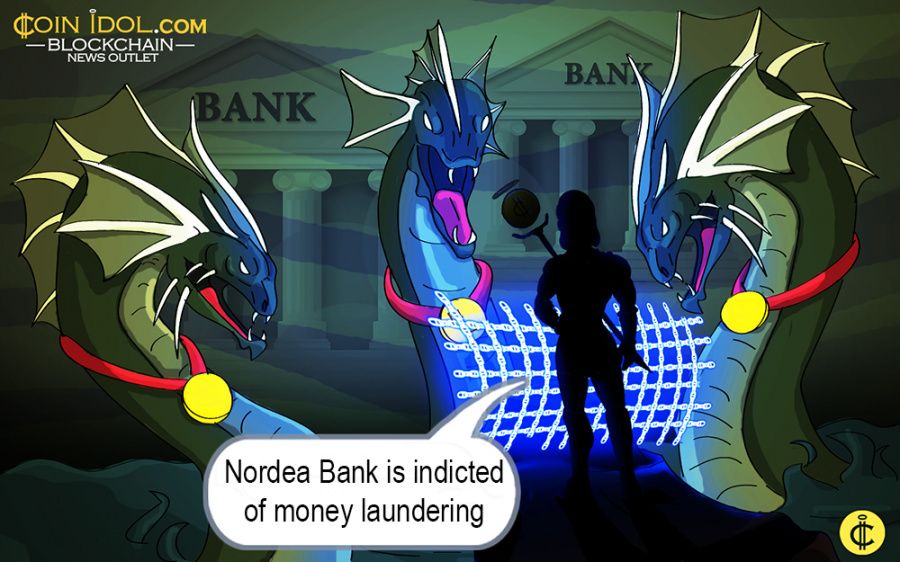 Nordea Bank is among the largest and most famous financial institutions in the Nordic nations. The Nordic nations include Finland, Iceland, Denmark, Sweden and Norway. The financial team made news in January 2018. The bank put a ban on flagship digital currencies such as BTC, ETH and Litecoin.

Yle, a media publication house funded by the government of Finland, spoke about a report from Sweden which made the allegations. Moreover, the financial authorities which are in charge of regulations in Sweden received a full report giving strong evidence to back up the allegations on the financial group.

While reacting to the accusations and the evidence that is in the report, Nordea Bank said:

“We are aware of the report, and at Nordea, we work closely with the relevant authorities in the countries in which we operate, including the Nordic Financial Intelligence Units.”

It appears somewhat ironical to everybody that the Bank gets its reputation in such a case. It is eyely enough that the financial team stopped each of its workers trading any cryptos. Moreover, the bank went on and did something because of the unregulated crypto landscape. Furthermore, they tried to factually shun cases like the money laundering.

About the ban of digital currencies, Nordea Bank's spokesperson revealed that:

“It is widespread practice across the banking industry to restrict the personal account dealing of staff to prevent them from taking positions in speculative investment. Nordea therefore, like all banks, has the right to set out policies in this area that apply to its staff.”