Deloitte’s DocSensus: The End of Bureaucracy in Ukraine? 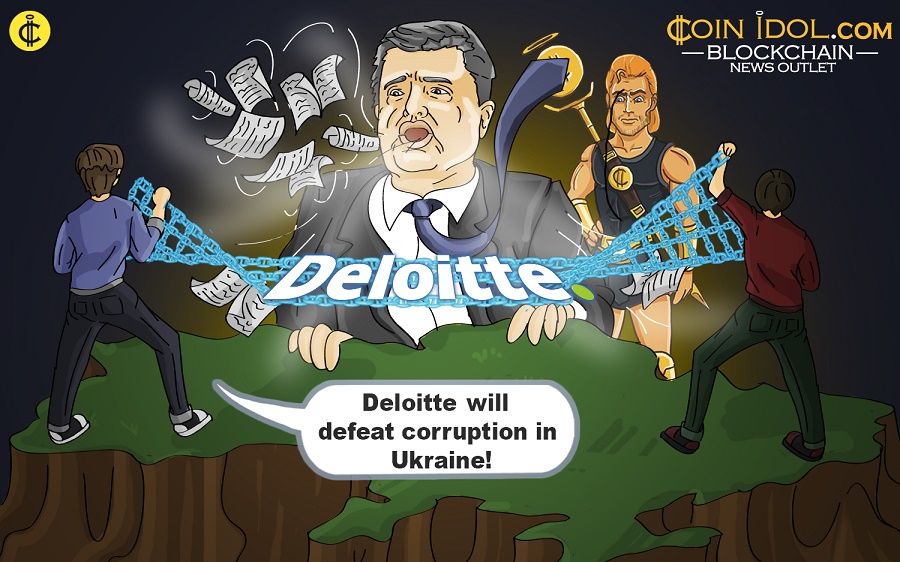 Deloitte presented its development called DocSensus at the BlockchainUA Conference held in Kyiv on March 17. It is the first project of its kind in Ukraine, aimed at changing existing document flows and protecting documentation from unauthorized changes, false representations, or losses.

DocSensus is a blockchain-based registry for corporate documentation, which protects against unauthorized changes and forging. The project was developed at the Kyiv Deloitte Office, being the result of technological and lawful cooperation.

The project is ambitiously aimed at putting an end to post-soviet bureaucracy in Ukraine, though, as the developers say, that is quite a long-term goal.

“We really hope blockchain will make paper documents an archaism,” Dmitry Pavlenko, Director of the Tax and Legal Department of Deloitte, stated to Coinidol. “But presently we hope to solve the task that is more urgent for business - we want to simplify the controlled document flow and increase the level of legal security and trust.”

Sergey Bondarenko, the Senior Manager of the Consulting Department of Deloitte, adds:

“Paradoxical enough is our faith in paper documents as they are validated by signature and seal. But those means of notarisation have been compromised a long time ago. Besides, we cannot validate them here and now. The expertise takes time. But still, paper documents have immediate legal effect, while it often takes weeks of special expertise to validate digital documents when you bring them to court.”

DocSensus is aimed at changing the situation by making the e-document verification process simple and quick, like an application on our smartphones.

Hopefully, it will indeed help us get rid of all this useless and needless red-tape.

While DocSensus is the only one of its kind in Ukraine, it can hardly be considered something new in the context of the global market and there has been a trend to turn to the blockchain for arranging business document flow. For example, Factom offers Harmony - a platform for document flow with nearly the same functionality as DocSensus. SAP also presents a number of solutions using the blockchain. There are plenty of others as well.

While the DocSensus project is currently in the development stage, its precise technical specifications are not quite clear. So it is unknown whether this system has any peculiarities that can distinguish it from others.

Probably, the only thing able to make DocSensus curious enough is that its developers aim at establishing interoperability with different systems for document flow. When asked about their competitors, Sergey Bondarenko stated:

“Of course, we have heard of those developments and we would probably interact with some of them. We want to make DocSensus easily interoperable with existing popular systems.”

However, those are only plans. Presently, DocSensus is aimed at solving specific problems of the Ukrainian post-Soviet bureaucratic system of document flow and is not striving to conquer the international market.

Deloitte’s choice of technical solution was based on MVP development simplicity and speed. Although, Dmitry Pavlenko states that their choice “is not final.”

“There is a possibility we would apply other solutions for our product. We’ve received many offers for collaboration after the presentation at BlockchainUA.”

At the present time, Emercoin has what is a very useful solution for DocSensus. It is an EMCDPO component (Digital proof of ownership). Besides, EMC developers showed willingness to continue further development of their solution for the needs of document flow.

A co-founder and a leading Emercoin developer, Oleg Khovayko, stated to Coinidol: “It was a great surprise for us to learn DocSensus is using our network. Personally, I found out about that only at the Hackathon in Kyiv. Nevertheless, we are looking forward to further cooperation.”