Virtual reality (VR) has taken off as one of the most popular and innovative technologies of the last 10 years and will have an even bigger part to play in people’s lives over the next decade. Recent Goldman Sachs statistics suggest that VR revenue has the capability to reach something close to $110 billion by 2025.  The groundbreaking new technology is already becoming implemented into the medical, gaming, manufacturing and educational sectors where sizable investments have been made in both hardware and software.

VR content creation is limited only by current technology, which is constantly becoming more and more advanced. With the ever-increasing demand for premium quality VR content, ImmVRse will offer its platform to help the continuous advancement of PR technology across multiple industries.

ImmVRse is a decentralised VR content sharing platform that will aim to offer creators of the content, VR brands and advertisers a chance to get their product or service out into the public space. The ImmVRse app will work as a marketplace and also a conventional distribution platform. The platform will have its very own native currency, the ImmVRse token (IMV), which will be used as the form of payment between all parties within the ecosystem.

Most current platforms are dominated by 180/2D content creators who aren’t developing content as much as they could be; however ImmVRse will provide an ecosystem in which VR content creators can build their content on a dedicated platform, whilst offering jobs at the same time.

All ImmVRse ecosystem transactions will be validated and encrypted using Ethereum’s smart contract function, which should remove the need for a trusted third party or financial controllers. Brands will be able to hire content creators and pay for their services using the token, and advertisers will also be able to run their own advertisements on the platform. 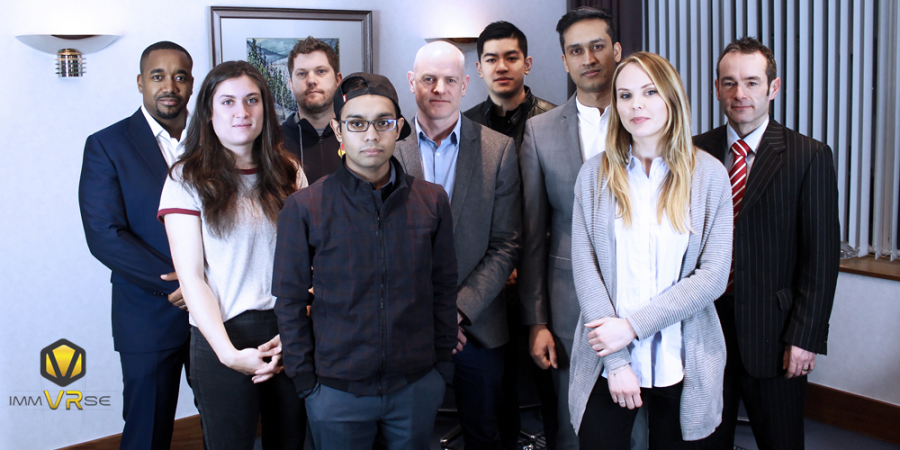 The idea, like most decentralized platforms, is to shift power away from the companies and towards the users or community. This strategy removes the need for centralized decision-making and thirds parties in the process. ImmVRse  job hiring and creation processes will also be p2p through the use of smart contracts. The contract will later be deployed on the blockchain and payments will be processed based on mutually agreed deadlines between all parties.

ImmVRse promises zero transaction fees, in addition to having no requirements for bank accounts or restrictions for users. Users can implement tokens in a few seconds to both send and receive global payments while cutting out transaction fees and third-party money transfers. The possibility should offer new options to content creators in various countries in which people are currently restricted by local and national legislation.

Tags
Virtual Reality Platform Marketplace Industry Technology Revenue Software Manufacturing Game
Most Popular
May 16, 2021 at 11:30
News
3 Reasons Why Payment Service Platforms Switch to Blockchain, Facilitating the Adoption of the Tech
May 16, 2021 at 10:35
News
Chainlink Rally Stalls at High of $52 as Altcoin Retraces for More Upside Momentum
May 16, 2021 at 09:29
News
Uniswap Range-bound Between $36 and $44, Attempts to Breach Recent High
May 15, 2021 at 12:40
News
Low Orbit Crypto Cannon LOCC Lottery Draft Occurs Every Hour | Stake Once to Enter All Upcoming Drafts
May 15, 2021 at 11:20
News
Dogecoin Resumes Fresh Uptrend as Buyers Recoup Above $0.40 Support
More