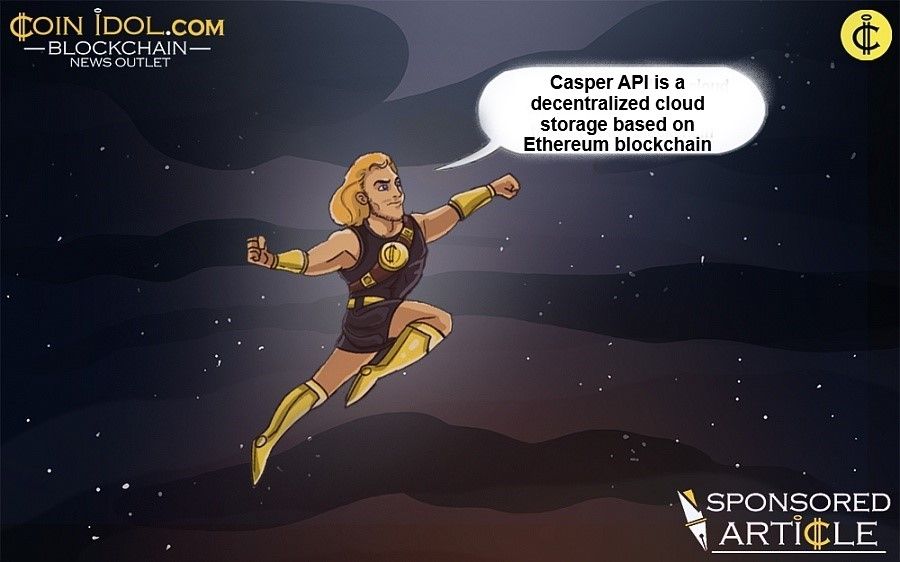 By the end of 2017, the market of cloud repositories was estimated at $30.7 billion, and in 2022 the forecasts expect it to grow twice as much and better. The reason is the skyrocketing growth of information volume generated in the world daily. Can an ordinary user benefit from this situation?

We are living in the information era: thousands of gigabytes of data are being daily uploaded to the network. According to the IDC research group, 16.3 trillion gigabytes of information are being annually produced in the world, and by 2025 this volume will increase tenfold, up to 163 zettabytes (1 ZB = 1 trillion GB).

The need for cloud repositories will continue to grow. Many factors are responsible for this: cloud solutions enable the enterprises to save money on hardware installation, decrease the energy consumption, augment the information security and guarantee the preservation of information even in the case of a natural disaster thanks to backups, while also having quick and easy access to great volumes of data. The significant growth of “Internet of Things” (IoT) is also expected to contribute to the growth of industry.

One of the latest forecasts assumes that the annual growth of the cloud storage industry will amount to 23.7% in the period between 2017 and 2022: it means the market would annually grow by one quarter, reaching $88.91 billion in 2022.

In the meanwhile, the issue of data protection becomes more critical than ever. The year 2017 broke records of personal data leakages due to cyberattacks and storage system vulnerabilities. According to Gemalto, a company that works in the field of cyber security, 1.9 billion records were compromised in the first half of 2017, more than during the whole year 2016 (1.37 billion).

Cloud repositories, while offering a safer means of data storing than local servers, have one fundamental defect. Data distribution and storage are being done through a middleman: while the cloud is located on several servers, they all belong to one company. In essence, the users have to blindly trust a third party with their data, without being able to control the servers that store it.

The distributed ledger technology may help the owners retrieve the control of their data. According to Mitch Steves, the analyst of the Royal Bank of Canada, the market for blockchain-related technologies would grow to $10 trillion over the next fifteen years. It would primarily be driven by the development of the ‘global decentralised computer’, technologies allowing to make the Internet a more secure place. The analyst gave a special place to the industry of decentralised cloud repositories: Steves compared the cloud solution proposed by Box to the decentralised system of data storage being developed by Filecoin:

“With Box, your data is owned and controlled by a third party that has access to your information (a photo loaded can be retrieved by anyone with access to Box servers – employees). With Filecoin, your storage is distributed and decentralized, making the holders unable to retrieve your photo (they would need to hack every computer on the decentralized network – Blockchain). Your information is now secure, and without your private keys, it cannot be accessed. This is the first example of building a ‘World Computer’, as we could apply the same concept to a wide variety of decentralized applications (Dapps)”.

Decentralised repositories are not only a means to defend your information from risks related to the centralised servers; they also enable ordinary users to earn money by offering their disk space for data storage. There are several promising projects on the market that can provide stable revenue to those who choose to participate.

Storj is a decentralised cloud storage platform based on the Ethereum blockchain with the use of Storj’s own peer-to-peer protocols.

Users can lease or rent free space on hard disks. The stored information is divided into blocks, encrypted and distributed among several nodes. A system of storage market is used at the platform: the price of storage varies depending on supply and demand. The platform accepts payments not only in platform tokens but in fiat currencies as well.

As the number of dApps based on Ethereum has already approached 1,000, and, according to the estimate by the Ethereum co-founder Steven Nerayoff, can increase 10 more times in 2018, the demand for decentralised repositories will grow at the same pace.

Unlike other similar solutions, CasperAPI does not create its own blockchain or choose an existing network; it is a universal solution that can be developed on any blockchain, be it Ethereum or its possible future competitors such as NEO, Qtum, and Lisk.

The average monthly revenue of the storage space supplier is expected to reach monthly $1,215 for 50 terabytes, if this volume is fully used.

Sia is one more decentralised platform for data storage. The files to be stored are broken into thirty small blocks, encrypted and distributed among several different disks in the network. Every block has several copies.

Sia uses its own blockchain that supports smart contracts. It is used to manage files and to distribute them.

Sia tokens used for the payments in the network were not distributed through a crowdsale. All Sia tokens are mined. Since the entry to the market, the price of the coin grew 309 times, from $0.000046 to $0.014221.

The average monthly revenue of the storage space supplier is expected to reach monthly $300 for 50 terabytes. However, in reality such a volume is never fully used.