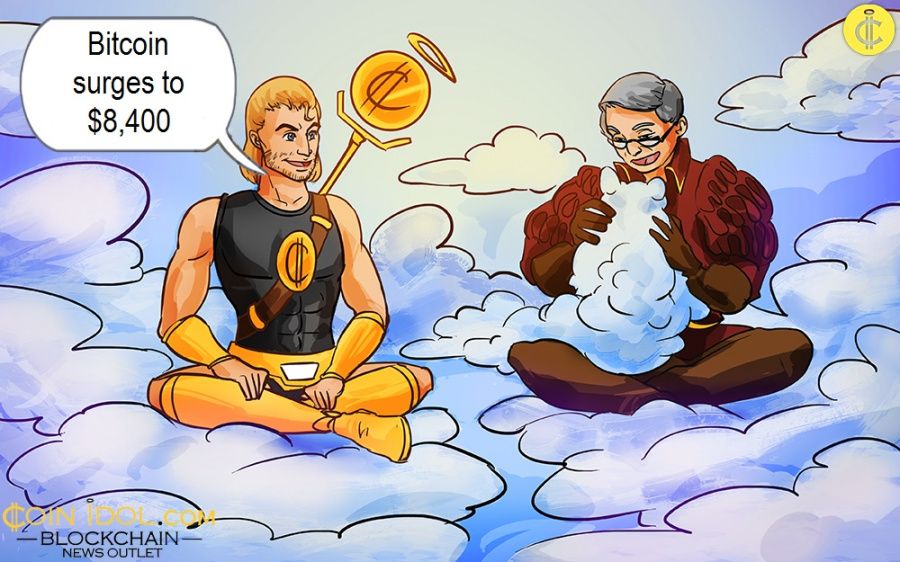 Today the cryptocurrency market has marked a turnaround and this could be because of ongoing US-Iran political turmoil. In fact, most cryptocurrencies have the positive (+) sign. Starting with Bitcoin, whose dominance not only resists, but is currently more than 69%, therefore growing. Investors are wondering if this is a "physiological" retracement or if the sector is benefiting from an effective recovery.

At the end of yesterday, the entire market cap and trading volume of cryptocurrencies once again touched around $219 billion, and $93.4 billion, respectively. As always, the lion's share belongs to the world’s leading cryptocurrency, Bitcoin, with its capitalization of around $152 billion. The rise in the price of each BTC over yesterday is more than percent. At press time, BTC/USD is trading at more than $8,300 (+5.23%), with a trading volume of over $30.929 bln and market cap of over $151.2 bln, according to coinmarketcap data. BTC appears to mark a decent start to yet another fresh year. 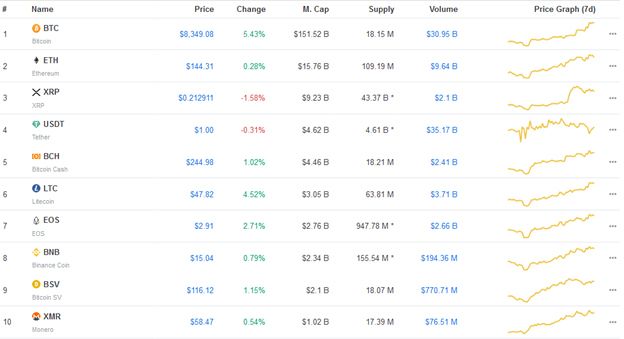 However, we still find negative (-) signs in the top positions of the cryptocurrency market. To show them are some of the queens of the altcoins, Ripple and Tether, with a -1.58% and -0.31%, resp. The latter, however, maintains the primacy of the most traded digital asset, with a daily transaction volume of over $35 billion. Its red is actually "physiological" and does not represent a disturbing signal, on the contrary.

In fact, it is known that when the cryptocurrencies market recovers, many investors who had traded in Tether, considered a safe haven thanks to its stability, reconverted into other more volatile tokens.

The point now is to try to predict whether the digital currency market, synonymous with volatility, has emerged from the profound crisis of the last period or not.

To hazard predictions you have to look at Bitcoin. The main bullish and bearish trends are known to always originate from the most important cryptocurrency. Whose ups and downs are a function of news and whales.

Lately the cryptocurrency market has been the subject of positive news as well as negative news. The most notable of the first category are the prosperity of the offer of derivatives on Bitcoin, the imminence of its halving and the next debut of the Chinese stablecoin. In addition to the Asian giant, there is generally an institutional interest in the growing sector.

The bad news regards in particular scams and thefts of digital currencies, unfortunately growing, and the crackdown on China - still this country! - on exchanges and trading in cryptocurrencies.

Was the downward trend that burned tens and tens of billions in the cryptocurrency market triggered by some news, and then fed itself with the FUD? Difficult to establish, but it would not seem, not at these levels.

As for whales, however, there is one thing to note. Their wallets appear increasingly supplied. In December, Bloomberg highlighted how they held 37.9 percent of the entire supply of Bitcoin towards the end of 2017, a few weeks later, this percentage increased to 42.1 percent. Therefore, it is logical that their movements can weigh more and more heavily on the cryptocurrency market.

The current price skyrocketing comes after another very grave political occasion. Iran conducted a ballistic missile attack on air bases that accommodated US forces in Iraq. The attack was a revenge for the United States illegal assassination of General Qasem Soleimani. Consequently, the prices of both gold and oil soared and it seems that venture capitalists are turning to Bitcoin and other popular cryptocurrencies as a safe haven too.