The End to Anonymity: Cryptocurrency Exchanges Disclose Customer Data to the Authorities 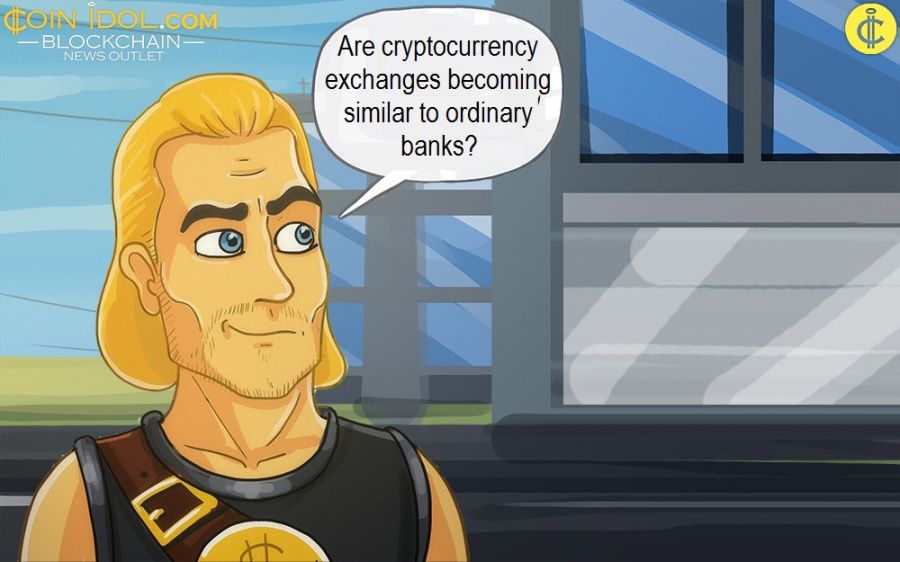 Cryptocurrency industry becomes less decentralized and anonymous and more regulated and controlled. Government authorities require crypto exchanges to disclose transaction data of their customers. And the exchanges seem to be quite collaborative in these terms.

To notify their customers about disclosure, Coinbase sent an email notice on October, 2, to make sure the disclosure would not come as a surprise.

Just got this email from Coinbase UK re: HMRC

"This notice requires us to provide information on your Coinbase account to HMRC."

"requires the disclosure of customers with a UK address who received more than £5,000 worth of crypto assets on the Coinbase platform..." pic.twitter.com/7wWE6QCol6

Such a practice is actually common for most financial service providers. However, cryptocurrency exchanges attracted their customers by the fact that they were more anonymous and envisaged less bureaucracy.

The fact that one of the biggest global crypto exchanges discloses its customer’s data to the authorities might mean that crypto industry becomes more resemblant to traditional finance. According to Bitcoin(.)com news outlet, similar requests for information disclosure were also sent to Etoro and Cex(.)io digital currency platforms.

This has raised concerns among the community members. Despite most users claiming they pay their taxes properly, the fact that their information might be disclosed, raises cautiousness. For instance, a Twitter user @IMineBlocks_com commented on his page:

“Fortunately I've paid my taxes due on Crypto. But I'm very concerned with not knowing exactly what data of mine is being shared. Name, Address, Amounts but what about my sending & receiving crypto addresses?”

Pressing on the industry

In fact, the cryptocurrency industry has been facing regulatory pressure ever since its inception. Governments and traditional finance giants are cautious about its disruptive potential. What is more, they might be afraid that decentralization can take away much of their power.

The fear seems so strong that they might even want to hack cryptos to make them more controllable. As CoinIdol, a world blockchain news outlet, reported that the United States Internal Revenue Service (IRS) was going to hire a contractor to crack the code of Monero cryptocurrency. As it has enhanced anonymity features, Monero transactions are difficult to track, making it a safe haven for tax evaders as well as other illegal players.

On one hand, the industry does need reasonable regulations, because its decentralized and anonymous nature attracts criminals as well as other people aiming to use crypto for illegal purposes. However, too strong regulations might turn it to something very similar to traditional finance with complicated compliance procedures and lots of bureaucracy. In its turn, this might scare off users that were attracted by the industry’s advantages.

Tags
Exchange Cryptocurrency Data Industry Decentralization Government Transaction Coinbase Information UK
Most Popular
May 16, 2021 at 11:30
News
3 Reasons Why Payment Service Platforms Switch to Blockchain, Facilitating the Adoption of the Tech
May 16, 2021 at 10:35
News
Chainlink Rally Stalls at High of $52 as Altcoin Retraces for More Upside Momentum
May 16, 2021 at 09:29
News
Uniswap Range-bound Between $36 and $44, Attempts to Breach Recent High
May 15, 2021 at 12:40
News
Low Orbit Crypto Cannon LOCC Lottery Draft Occurs Every Hour | Stake Once to Enter All Upcoming Drafts
May 15, 2021 at 11:20
News
Dogecoin Resumes Fresh Uptrend as Buyers Recoup Above $0.40 Support
More