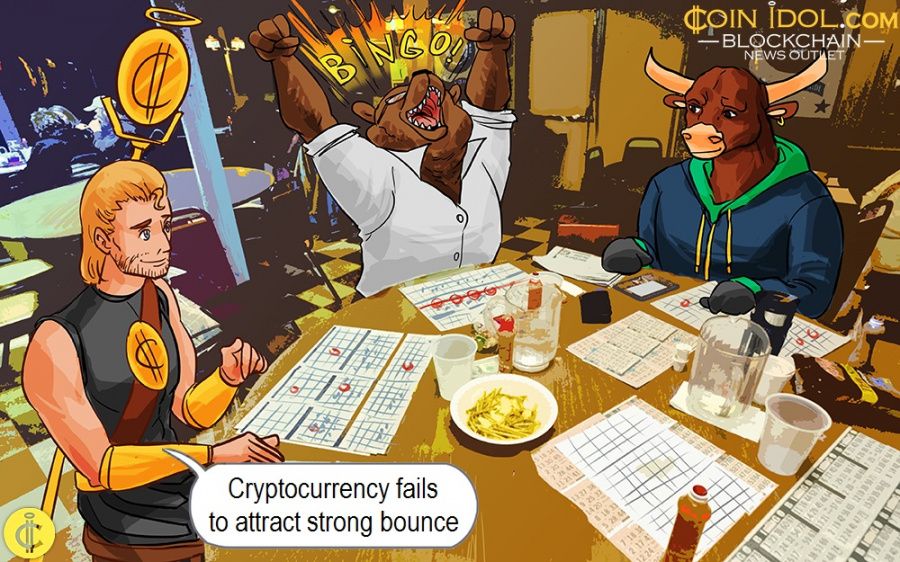 The coins under review are all trading in a bear market except Cardano and EOS which have been in a sideways trend since September. Distinctively, one common feature of all of the cryptos is that the bulls are making frantic efforts to defend the various support levels. The selling pressure is so much that it reaches a point of breakdown.

Monero is in a bear market as the coin resumes selling after resisting the 12-day EMA. The coin is falling and approaching the low of $47. The coin risked further selling if it breaks below the low of $47. Monero will drop to a low of $40 if the previous low is breached. This also includes the resistance line which may be broken. 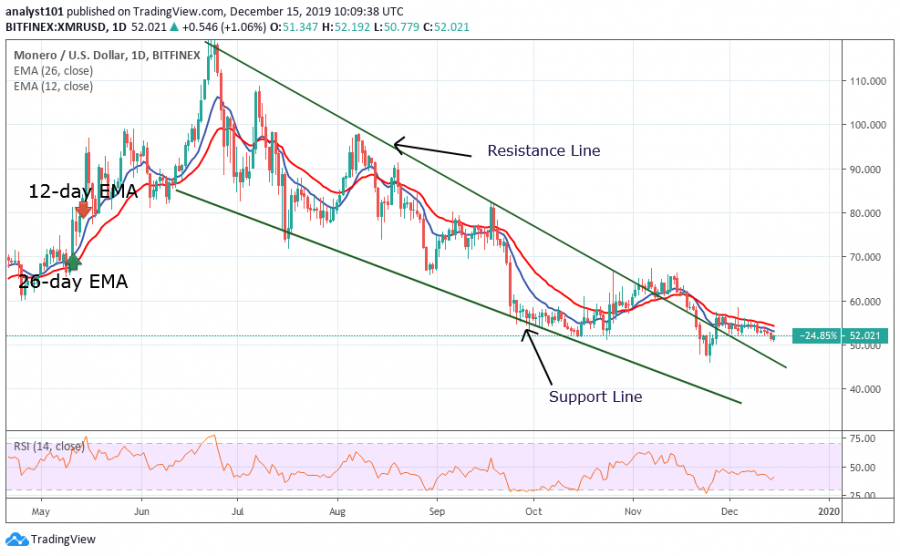 Stellar is also under the control of the bears as the market reaches a point of breakdown. The coin has traded and reached the oversold region of the market. Interestingly, the Fibonacci tool indicated a reversal at the 1.272 extension level which is the same as the $0.057 support level. From the price action, the bears are under pressure to break the support at $0.05. Further depreciation is unavoidable if the previous low is broken. The coin may drop to a low of $0.041if the selling pressure resumes. 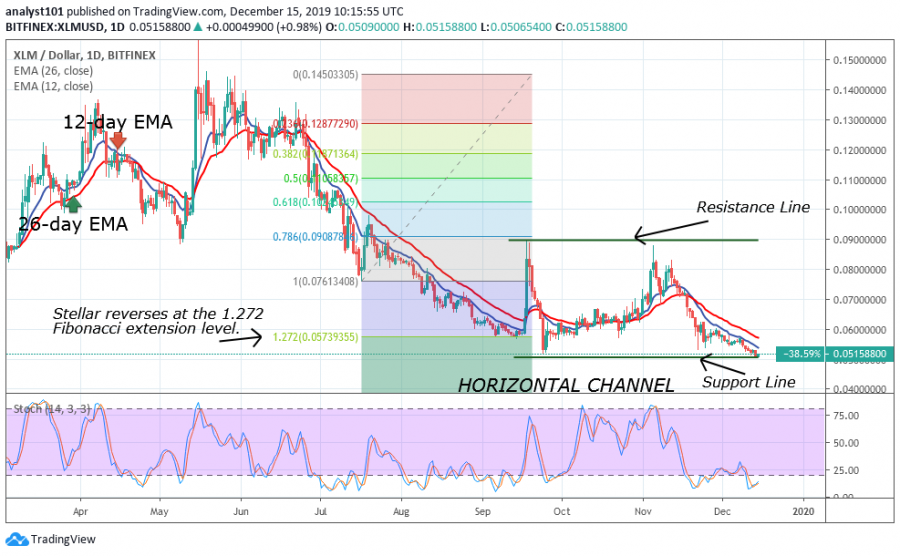 The selling pressure has been exhausted as Cardano resumes a sideways trend. Cardano dropped to a low of $0.044 and corrected upward. The upward move was interrupted as the coin pushed down to the low of $0.036. ADA had been in consolidation since September. The price is trading at the bottom of the chart as the coin is surrounded by fears of breakdown. 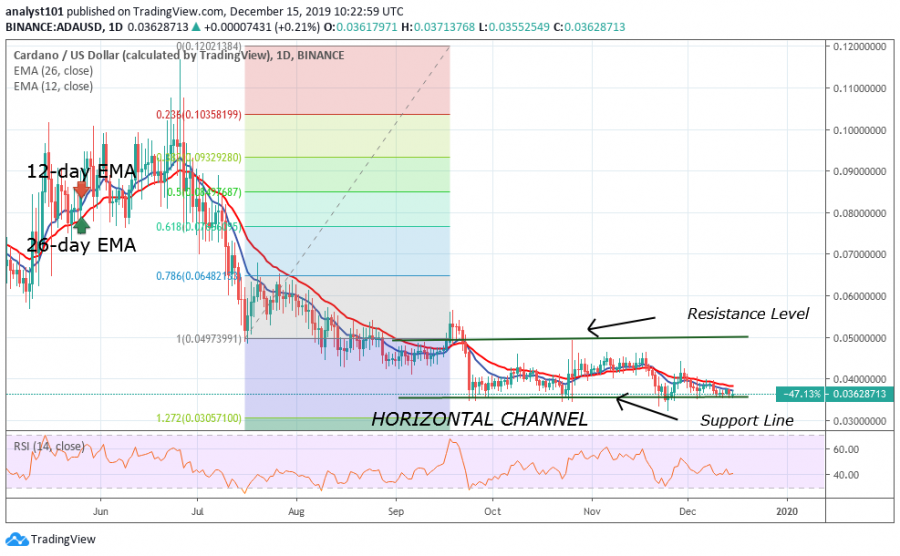 TRON is in a bear market as the coin falls to a low of $0.012. The defense by the bulls propelled the coin to move upward to a high of $0.022. Aggressive sellers pushed the coin downward close to the previous low. The price is on a downward move after a retest at $0.015. Resumption of a downtrend will arise if the low at $0.012 is broken. Meanwhile, the Fibonacci tool has indicated that the coin will face further selling which will result in the coin falling to the low of $0.010. 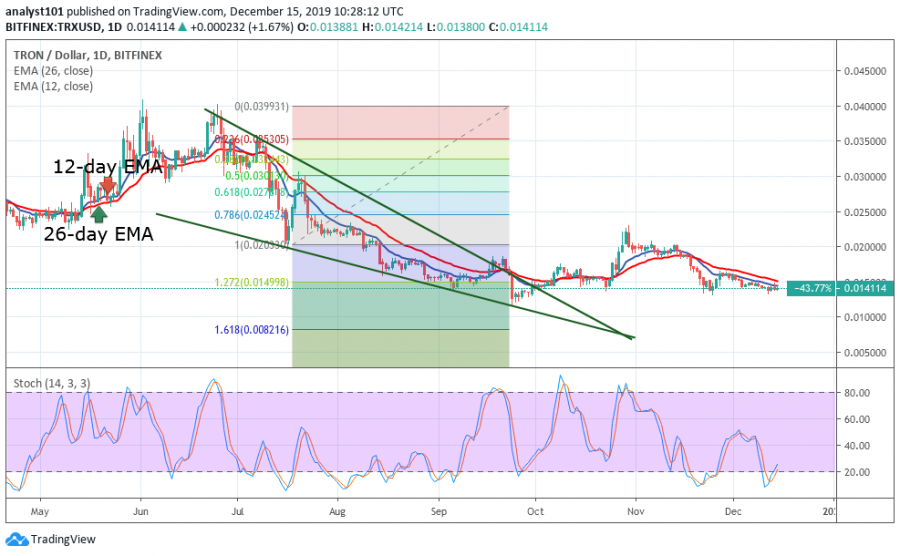 EOS is in a bear market and fell to a low above $2.50 on September 24. It resumed trading above the $2.50 price level. From the price action, the market fell to a low of $3.30 in July. After an upward price correction, the low of $3.30 was broken as the coin reached another low above $2.50. The current low has not been broken but the selling pressure is much as to the point of a breakdown. 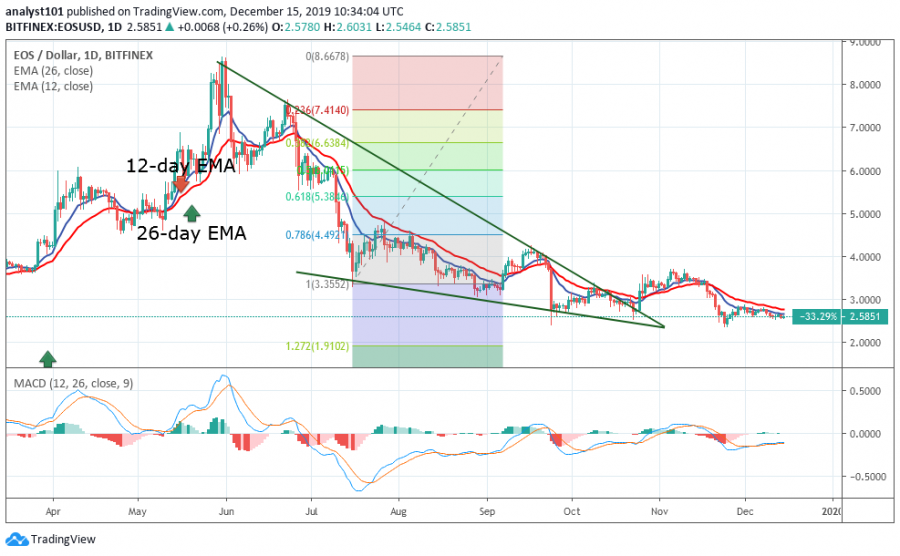