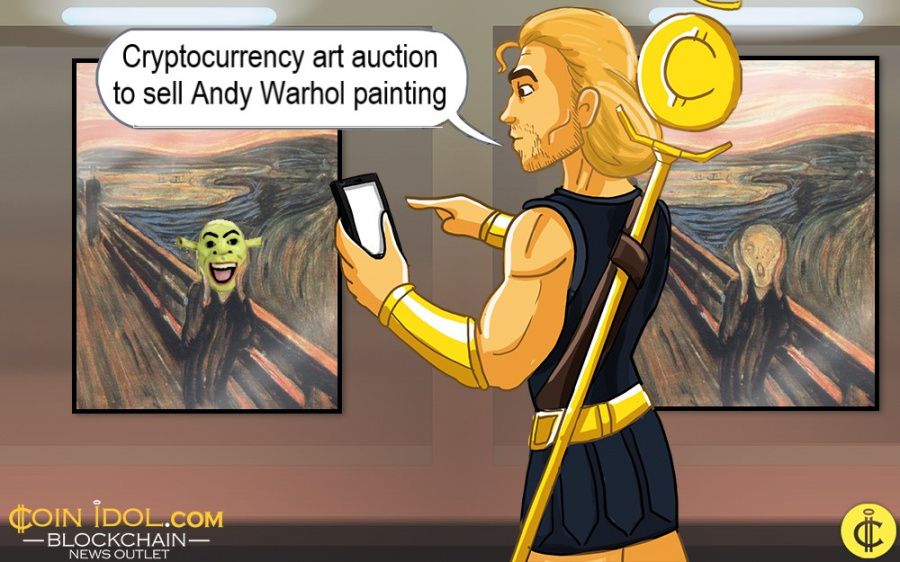 The official announcement of the world’s first cryptocurrency art auction held by blockchain company Maecenas was released yesterday, June 7. The event will take place at fintech-welcoming UK gallery Dadiani Syndicate on June 20, where an Andy Warhol painting will be sold using blockchain technology.

According to reports, at the crypto auction, the blockchain-based platform Maecenas will be selling 14 Small Electric Chairs painted by Andy Warhol, the estimated price of which is $5.6 million. Potential buyers will be able to purchase fractional ownership of the picture with ART token, Bitcoin (BTC), and Ethereum (ETH).

After the acquisition process, owners will get tamper-proof digital certificates that are linked to works of art via blockchain. They can also sell these fintech certificates to other traders on the Maecenas crypto exchange. The stockpile is stated to be $4 million, however, the press release says that the ultimate price will be established by a smart contract powered by the Ethereum blockchain.

The Dadiani Fine Art Gallery changed its policy towards digital currencies in 2017, when it began to accept crypto coins as a form of payment. The Dadiani Syndicate, an upscale platform for investment into different market areas, works with Bitcoin, Ethereum, and Litecoin.

Virtual coins have been used not only for buying art objects but also as its element, being incorporated into it. Thus, one series of paintings had a couple of private keys to digital wallets worth $9,000 each hidden inside.