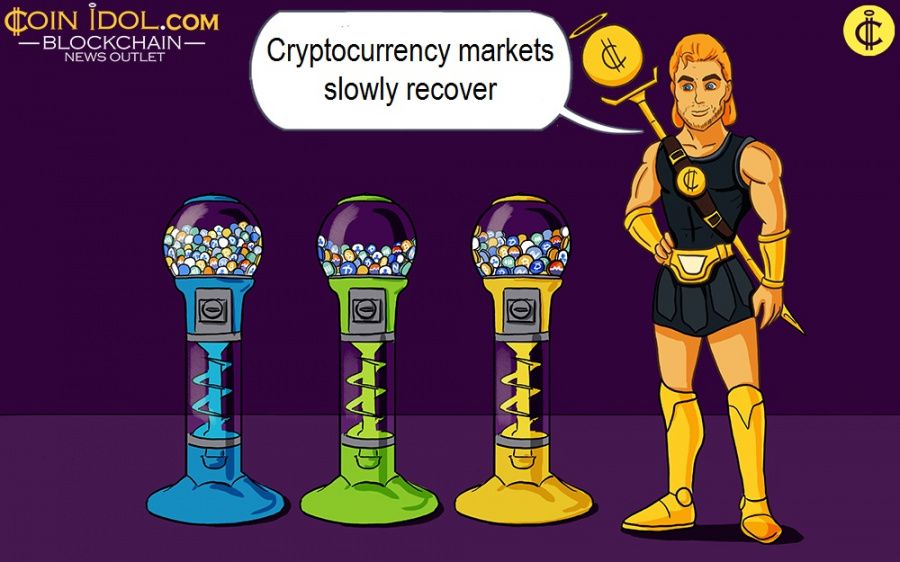 Undoubtedly, the coins under review were in consolidation in December but are making a surprising bullish move. DASH, Dogecoin, Monero, and Cosmos broke over EMAs which is a positive sign that the coins are going to rise. Meanwhile, Stellar is consolidating above $0.045low and it has failed to rebound.

Recently, DASH fell to a $40 low and consolidated over it. The support is holding as DASH makes an encouraging move. At present, DASH has successfully broken over the EMAs, this portends that the coin’s rise is guaranteed. The coin is heading toward the downtrend line to break it. It is anticipated that the breaching of the downtrend line will catapult DASH will be out of the bear market. DASH is likely to rally over $60. This will also mean that the bear market has ended. DASH is trading above level 52 of the RSI. It indicates that DASH is above the center line and it is rising. 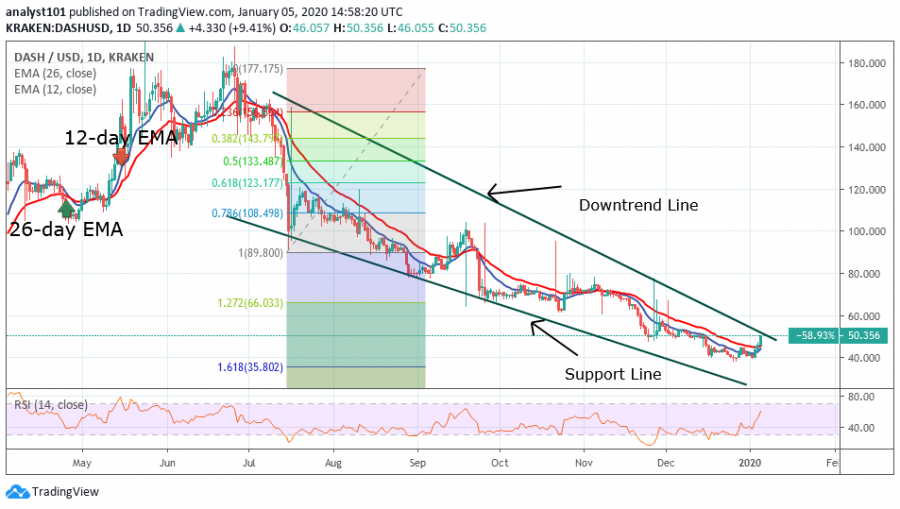 DOGE was earlier in a bear market. DOGE slumped from a high of $0.0040 to a low of $0.0019. Interestingly, the support seems to be holding as DOGE makes an impressive move over $0.0020. Expectantly, once the bulls are able to cross over the EMAs, the uptrend is likely. Dogecoin is presumed to rise and reach a high of $0.0025.Meanwhile, the Fibonacci has indicated that DOGE is likely to reverse at the 1.272 extensions or $0.0020. DOGE is in a bullish momentum as it trades over the 40% range of stochastic. 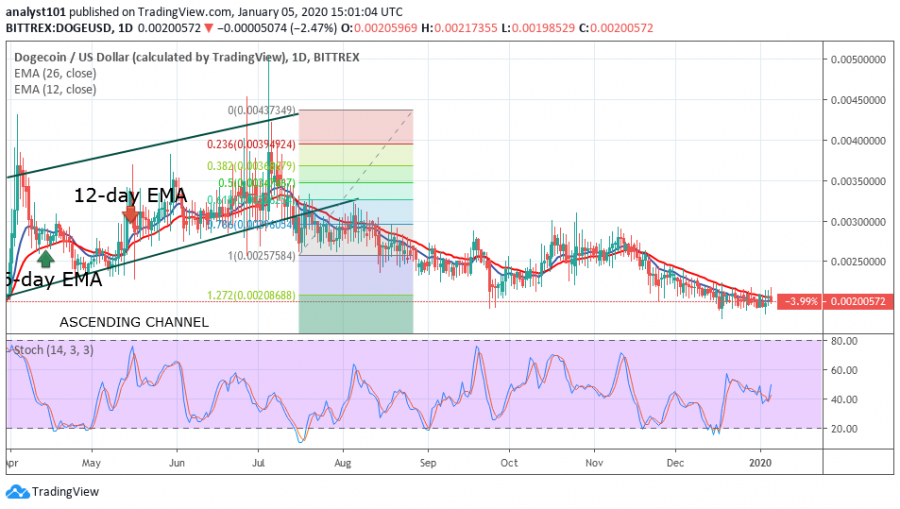 Monero has taken a bold step as the bulls break over the EMAs. Expectantly, the bulls will have to put more effort to push over the downtrend line. A successful rise over the downtrend line and the price closing above it will indicate that the bear market has ended. In the same manner, if the bullish move is continuous; the coin will attain a high of $60 and $70. Nonetheless, if the bulls are unsuccessful in its current move, XMR will fall and continue its downward move. 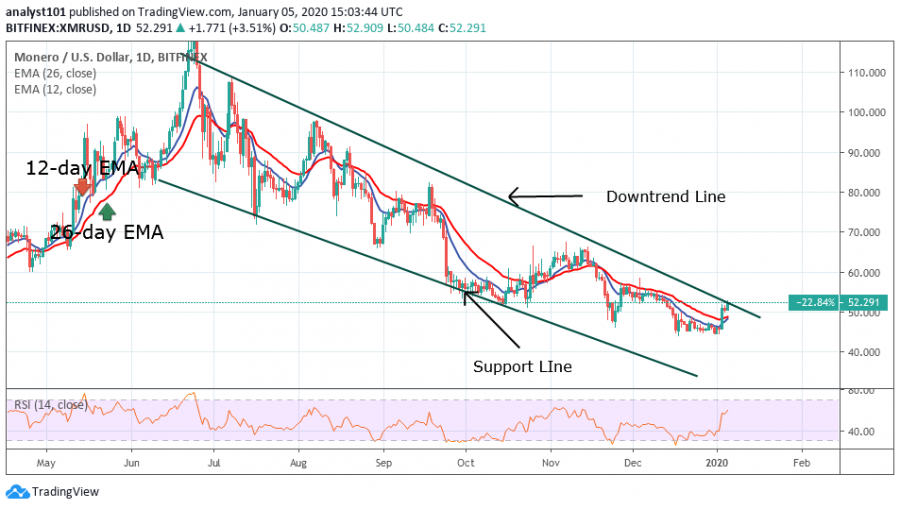 XLM traded and dropped to a low of $0.045 on December 16. The pair has been consolidating at the current support without a rebound. The price movement has been insignificant because of indecision between the bulls and bears. Nonetheless, if the sellers take initiatives, the current support may be breached and Stellar will find new support at $0.040. Conversely, if buyers break above the EMAs, Stellar will go up and retest the high of $0.060. Previously, XLM had earlier breached the downtrend line meaning that the bear market had ended. Meanwhile, Stellar is consolidating but the upward move is uncertain. 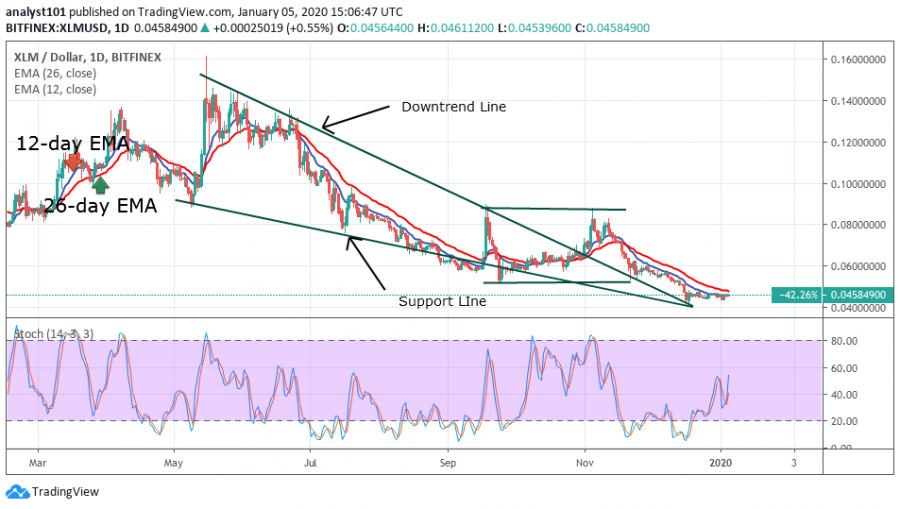 At the moment, Cosmos is making an impressive move after its fall at the $2 Low. The bulls are currently facing resistance at $4.50. ATOM retraced to $4 low and continued to push upward.

On the upside, a break above $4.50 resistance will compel Cosmos to resume its uptrend.

Expectantly, ATOM will retest the high of $7. Meanwhile, the EMAs are heading northward and the price is over it signifying that the Cosmos is rising. 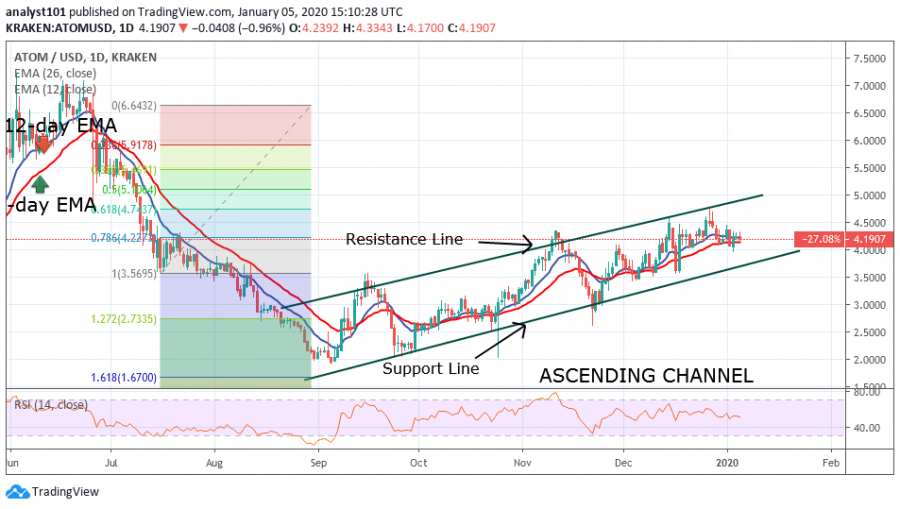