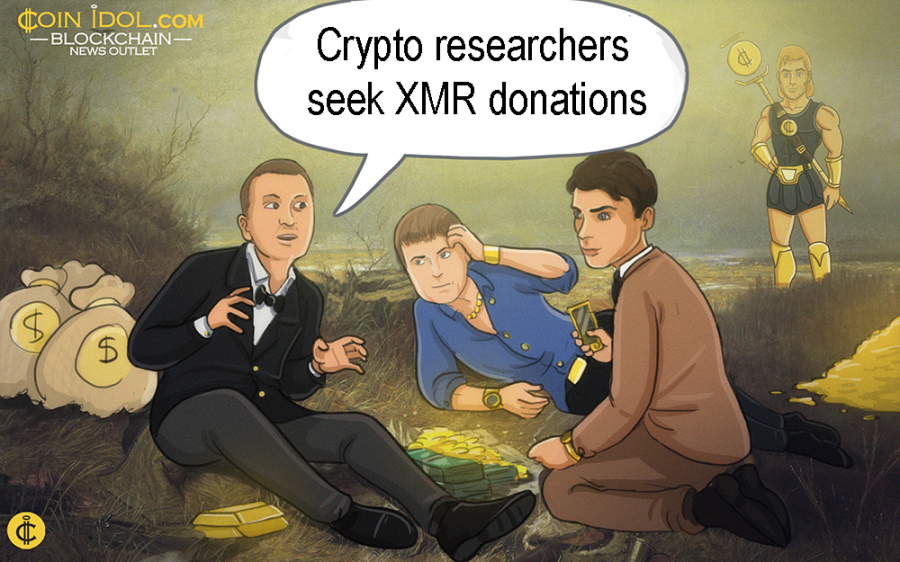 Expert cryptography researchers have encouraged the Monero community to donate XMR to further the development of the popular anonymous altcoin Monero.

The main reason the academicians have appealed to the caring community for money is that Monero is proudly a non-profit and open-source crypto project.

As there exists no overarching, central organization to Monero, several members of its Research Lab officially submitted funding requests to the target community. Both need around $9,000 monthly, each, in Monero crypto (XMR).

In an email to Coinidol, Monero founder and Riccardo Spagni (a.k.a fluffypony), a lead developer leaned on the certainty of the big work to be funded.

“The Monero Research Lab has been primarily responsible for major innovations in Monero, such as RingCT, so I’d definitely attest to that,” Spagni wrote.

For what it looks to be worth, Brandon elaborated on his reason for the high XMR goal: the bear market. Brandon set a lower base rate for XMR's price than his Monero associate, forecasting a further downward trend for over the next quarter.

“I am asking for $9,000 USD/month; this is in line with market rates for a Ph.D. scientist and mathematician, and represents my assessment of fair compensation. and I am asking at 71.88 USD/XMR as my baseline exchange rate,” Brandon explained. “[For] the last two funding periods, I was using the 30 day EMA to estimate the Monero exchange rate, but this always leads to an overestimate of price during a bear market.”

An Obvious Choice for Research Efforts

A standby Monero focus of security is a self-explanatory choice for research purposes. Of recent, a glitch in Monero's wallet was discovered that made it easy to illegally acquire and steal XMR from exchanges. Just a few months ago, Monero started paying more than $24,000 in bug bounties for seven days.

As of now, the campaigns are almost 25% of the way towards their objective. Both are tasked to finance research until the end of this year.