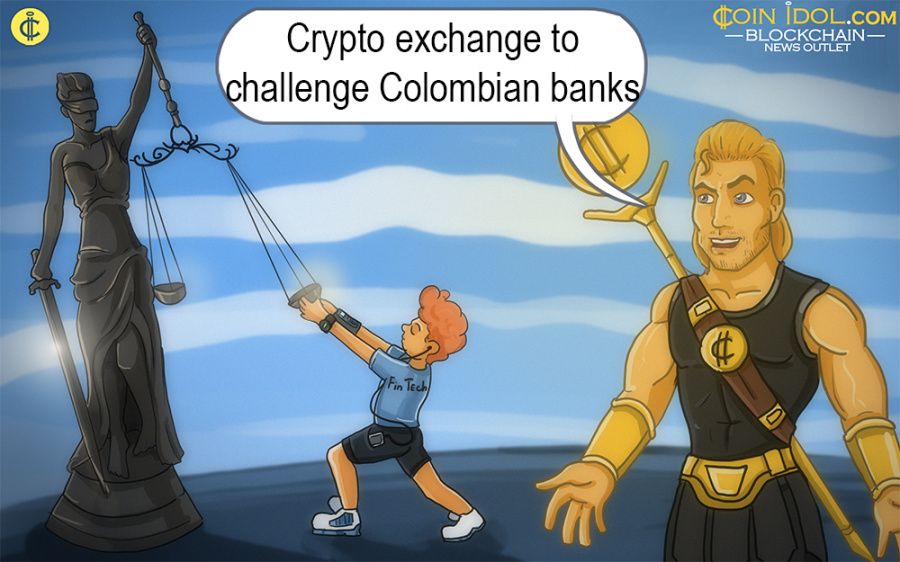 Buda.com, a giant cryptocurrency exchange in Colombia in South America banged regulators after three major banks closed up its accounts minus giving an official notice. The crypto-to-crypto exchange has approximately 35,000 verified accounts in Colombia and over 45,000 in Chile, Argentina and Peru.

Alejandro Beltran, director at Buda.com pointed out that their crypto exchange is arranging an action to get back their closed accounts and resume working immediately by Davivienda, Banco Bilbao Vizcaya Argentaria and Bancolombia.

Alejandro communicated  via phone that there is a lot of mixed information originating from the financial sector about innovation and noted that the government of Colombia highly encourages and supports developments and innovations, though they like making uninformed blockings and setting brakes on financial technology.

Buda sued 10 banks in Chile after closing their accounts in April this year. Cryptocurrency exchanges across the world up to now still find it difficult to acquire a dependable and secure banking partner.

Juan Jose Echavarria, Governor central bank of Colombia said that Bitcoin is a bubble, claiming that it's not a currency and also emphasized that its use in the country's economy is illegal especially in the financial sector.

Alba Chaparro, a forensic auditor Office of the Attorney General noted that the Regulators are now experiencing high pressure from the public in the struggle of monitoring noumenon vehicles of laundering money most especially when the post-conflict transition state to peace was happening. In 2017, the Marxist guerrilla group FARC put down its tools after 50 years of insurgency.

Chaparro noted that Cryptocurrency has turned up to be a very fragile matter in Colombia and it's too difficult to recover the lost money especially when you are seeking for the State's support since the government has a feeling that citizens could use these virtual currencies in money laundering, especially with all unaccounted FARC money.