Crypto Enthusiasts Unsure if XRP is a Security or Not, U.S SEC to Decide 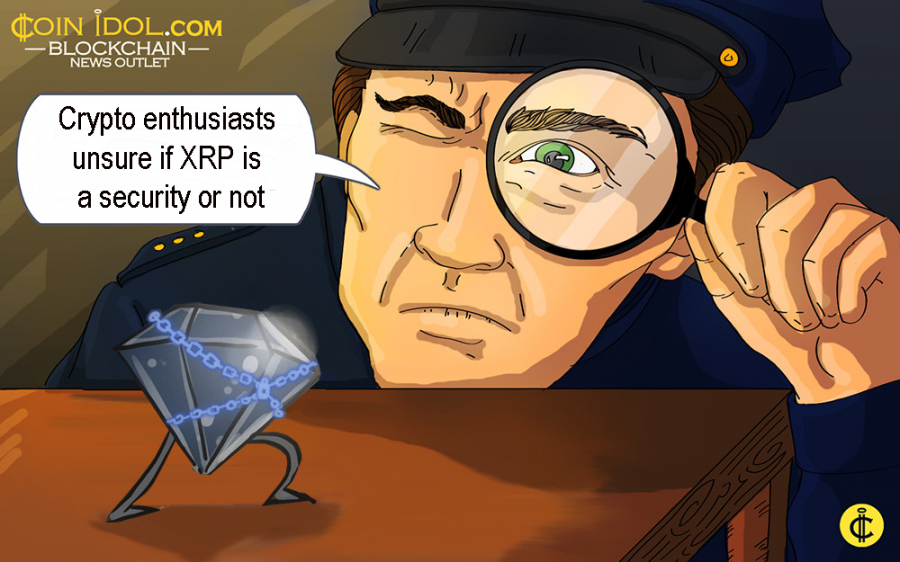 With the Bear market facing the crypto industry, several investors are asking themselves the crucial question of whether Ripple (XRP) is a security or not. The magnitude of the bear market could even increase more and more if SEC makes a decision on whether or not the second largest digital currency is regarded a security.

Ripple has come out to change important statements it made in the past, as said by Mike Dudas, The Block CEO and founder. He conducted out a proper research on Ripple as a company especially on its position on critical arguments about the firm and its crypto known as XRP.

In 2013, Ripple said it created 100 billion XRP which are currently in circulation and that a team of programmers at XRP Labs fangled Ripple and later on officially released the beta version of the software in the same year.

“Ripple Labs is the creator of Ripple. We developed the protocol and its distributed payment network, and we now work to support and promote its growth,” the firm revealed in an early version of its whitepaper. “100 billion XRP was created with the Ripple protocol.”

Contrary to what is on their website now, which states that Ripple didn't create XRP.

“Ripple, the firm, didn’t create XRP; 100 billion XRP was created before the firm was formed, and after Ripple was founded, the creators of XRP gifted a substantial amount of XRP to the firm”.

That's what raises more questions and worry among XRP users. Should we assume Ripple is doing this such that it can remain safe and firm against U.S SEC? As a matter of fact, Ripple's Labs headquarters are located in San Francisco, in the U.S. and it's under the U.S. SEC's jurisdiction.

While in an interview, the CMS, Cory Johnson together with Brad Garlinghouse, said that XRP isn't deemed a security:

However, under the Howey Test made by Dudas, positive results could be obtained. The test showed that Ripple could be recognized as a security by the U.S. SEC. He did this test while considering the 1934 US Securities Exchange Act and the 1933 U.S Securities Act.

Remember, as Coinidol reported in mid-October, according to a poll by Weiss Ratings, the Twitter community recognizes XRP as the first best opportunity to invest in a coin below $1. The survey involved in around 5,726 Twitter users.