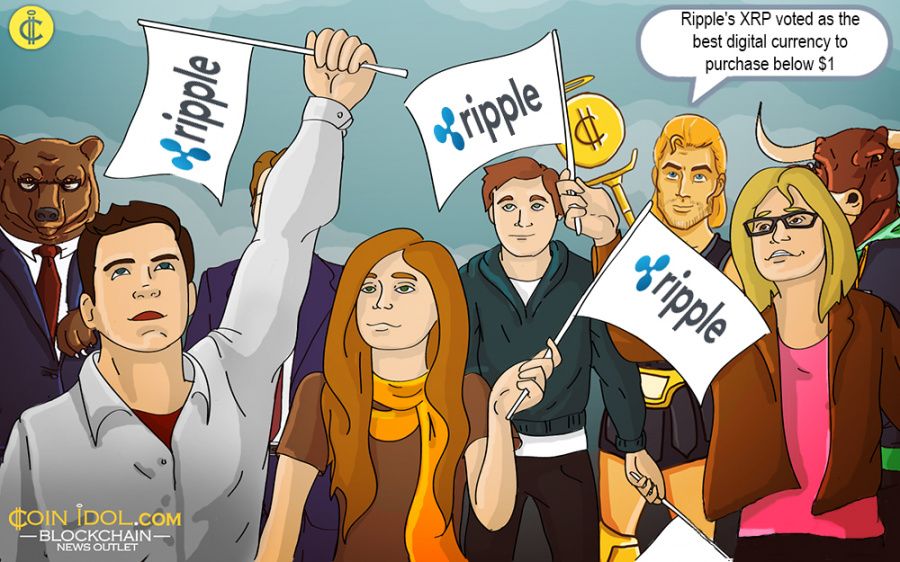 A recent poll by Weiss Ratings indicated that the Twitter community deems Ripple (XRP) at the best opportunity to invest in a token below $1.

5,726 Twitter users took part in the survey, indicating the positive feeling of the ecosystem towards this contentious digital currency, that lacks a good reputation in the crypto landscape because of its implicit philosophy.

Among the 4 alternatives provided, Ripple topped the rest with 64% of votes, followed by Cardano (ADA) which had 25%. In third place, there was Stellar Lumens (XLM) with 8% and lastly IOTA with just 3%.

These results indicate the busy work of XRP as a solemn firm with a business scheme wide enough to be highly interesting for both corporations and individuals. XRP is among the firms with a great presence in the traditional financial system possessing a wide range of platforms and software ready for its customers.

The community feeling is shown in the value of the Token Ripple. Recently, its price increased enough to depose ETH from second position by world market cap for several hours.

Ripple stands out by not always being determined by Bitcoin changes. At press time, XRP is the only digital currency in the Top 5 which has a large positive performance.

Even though XRP has been forceful in debating that the Token Ripple is something totally different from the reputation of the firm or its blockchain technology, the greater community detects an optimistic or pessimistic sentiment upon understanding the trends and generalship alliances which the XRP team accomplishes.

Weiss Ratings gathered fame and popularity among digital currency users after forming a ranking in which they categorize projects according to a variety of criteria which enable them to have a somewhat objective picture of the digital currency universe.

According to the latest report, Ripple advanced in its rating, shifting from C+ to B-.

Currently, XRP has a price of $0.49 and this is the real value ($0.27) it had exactly one month ago. The latest proclamations which involve the public rollout of xRapid had a significant impact on the value of XRP.