Countries that Changed their Cryptocurrency Laws in 2019 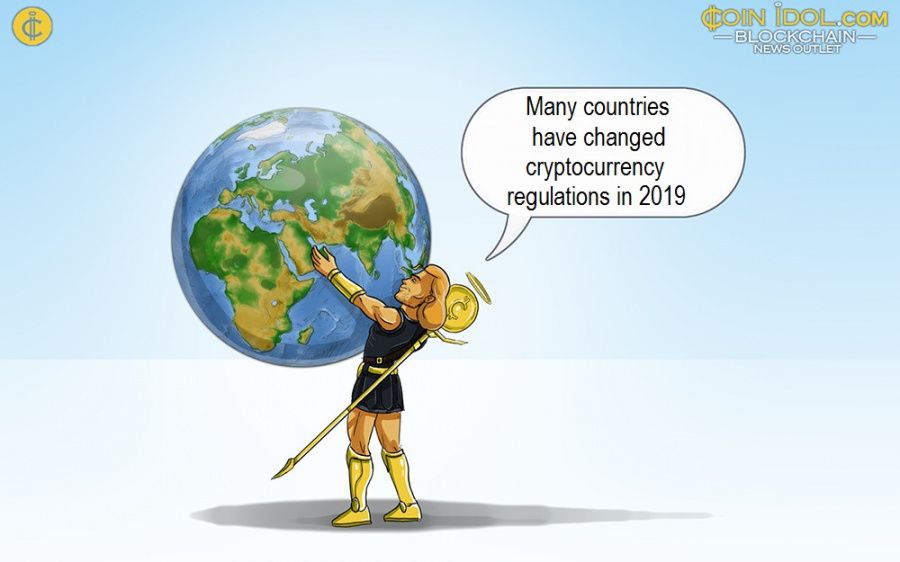 As we welcome the year 2020, we look back to what transpired in the 12 months of 2019. In this article we shall review the countries who changed their cryptocurrency regulation most in the year 2019.

It is notably clear that many countries are developing capabilities of adopting cryptocurrencies and blockchain technology rather than banning it. Cryptocurrencies is getting closer to retail businesses than ever before.

Meanwhile many small and medium scale enterprises world-wide are still not utilizing blockchain for the day to day running of their businesses. Below is the list of countries who showcased the most significant progress in cryptocurrency and blockchain technologies.

The United States of America

The US has maintained its position as a leader in technology on many fronts. In the blockchain and cryptocurrency space too the US government adopted positive regulation early enough to allow the industry take off.

In the US the same rule of law applies to both Cryptocurrencies and the USD. The country is in the process of approving the first crypto Exchange traded fund a moved expected to project cryptocurrencies to its next level.

In Germany, current regulations allow any bank to deal with cryptocurrency to conduct any legal business transaction. The country gave a green light to every kind of legal developments and research into blockchain technology.

At the moment financial institutions in Germany are not allowed to deal in cryptocurrencies. However a new law which has been in the pipeline will allow banks trade and store cryptocurrencies by the end of 2020.

The Chinese government made significant progress in 2019 in restoring the country's cryptocurrency economy. China was once responsible for more than 70 percent of all cryptocurrency trades world over.

The country moved to introduce its own cryptocurrency controlled by the People's Bank of China. On the other hand, research and application of blockchain technology is gaining grounds in china as well.

The French administration took a bold step to ensure the crypto space flourishes in the country. The Central bank of France canceled all kinds of taxation levied on cryptocurrency trading. The bank also promised a central bank produced cryptocurrency within the first 3 months of 2020.

Many experts believe the banks move to introduced its own cryptocurrency is a direct reaction to the highly anticipated Facebook Libra Coin.

In Iran, the regime government passed a regulation that allows any registered individual or company to mine Cryptocurrencies. Iran faces massive economic sanctions from the world economic powerhouse, the United States. Many Iranians turned to cryptocurrency and Blockchain to make ends meet.

The Italian government worked immensely hard to position the country as a global blockchain leader. The government specifically focused on innovative endeavours such as Blockchain, Artificial Intelligence, Industry 4.0, smart contracts, The Internet of things and so forth.