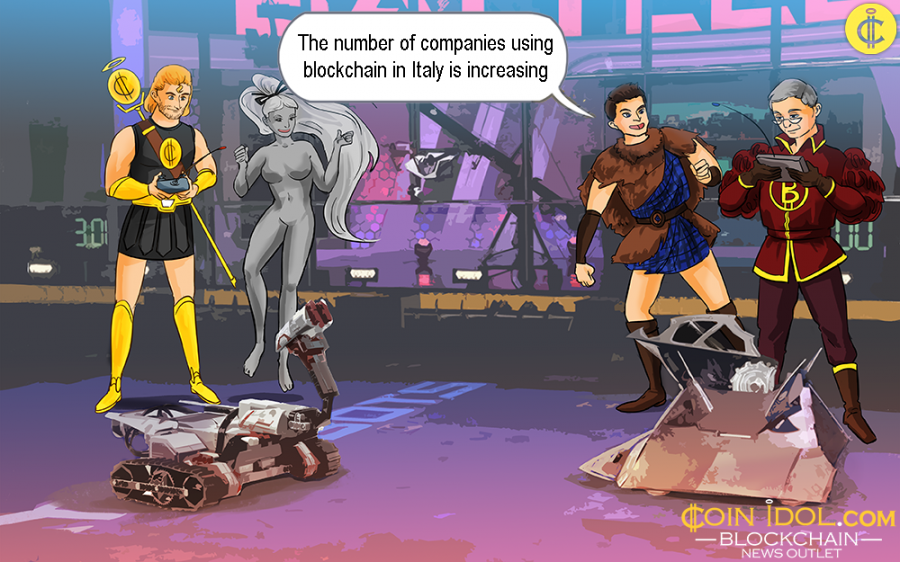 Unlike Bitcoin, Blockchain has a broader scope of application and usefulness. Businesses all over the world are exploring the specific benefits the technology can add to their existing business models. Today we explore the top ten italian companies already using blockchain to improve their business efficiency.

Ania is the association that represents insurance companies operating in Italy, the organisation was founded in 1944. The company recently partnered with IBM and Reply to develop the Sandbox project. The Sandbox according to Ania is a protected platform for testing dispute resolution procedures between insurance companies. The systems works for both insurance companies and those insured in the area. The platform allows policy makers to participate in the project to ensure faster resolution of disputes.

Banca Mediolanum S.p.A. is an Italian bank, insurance and asset management group. The company uses the Ethereum network to certify the non-changeability of the non-financial declaration. Non-Financial declaration is used in documents that collect information on policies like that of Environmental and social policies. The bank is also studying other possible applications of blockchain usage in authenticating documents.

Barilla, an italian food company, collaborated with IBM to develop a pilot project that uses blockchain to verify food origins. The platform also guarantees the quality of products and raw materials used right from the garden up to the table. The system was first applied on fresh Italian basil.

A French own multinational hypermarket chain with more than 12,300 self service shops and over 1528 hypermarkets. The company emerged as the first large scale retail company to use blockchain for tracing products. The company also developed a proprietary app for its platform. The platform is mainly for chicken products and Citrus fruits.

This port city on the Adriatic Sea is the capital of southern Italy’s Puglia region. The city recently collaborated with Sia, a blockchain startup to launch a project based on blockchain. The project aims to digitize the process of managing surety bonds, dematerializing the process of issuing guarantees from banks, financial intermediaries, insurance companies, certifying them in a unique and irrevocable way.

This is a food and wine company located on the Italian Island of Sicily. The company developed a blockchain platform to curb food fraud and make consumers recognize the origin and quality of citrus fruit. The platform is installed on a smartphone and using scanning tech to verify products. The platform makes it possible to verify field production, date of harvest, methods of conservation and distribution.

This is an organisation monitored by the Italian Ministry of Agriculture, Food and Forestry. The organisation is meant to research in the agri-food sector. Recently it adopted the microsoft developed blockchain solution for tracing wood from the tree to the consumers. The blockchain system captures the entire cycle of timber right from planting a tree up to furniture and other uses.

This is the largest network of taxi drivers in italy with more than 15,000 members. The company partnered with the Italian blockchain startup Chainside to develop a system that allows taxi fare payment in Bitcoin and other cryptocurrencies.

This Italian Newspaper invested in Conio, the Italian wallet exchanging Bitcoin. The company is also working on some other blockchain developments partnering with companies such as IBM and Hyperledger.

Unicredit S.P.A is an Italian global banking and financial services company. The bank participated in the we.trade platform. The bank recently enabled Asa Group, a metal packaging company to close a cryptocurrency purchase of a tinplate bundle from one of it’s suppliers, steelforce.

Conclusion there are multitudes of Mainstream industrialist and Bankers using blockchain to do their day today businesses.  This list in not only limited to Italian companies but companies world over.