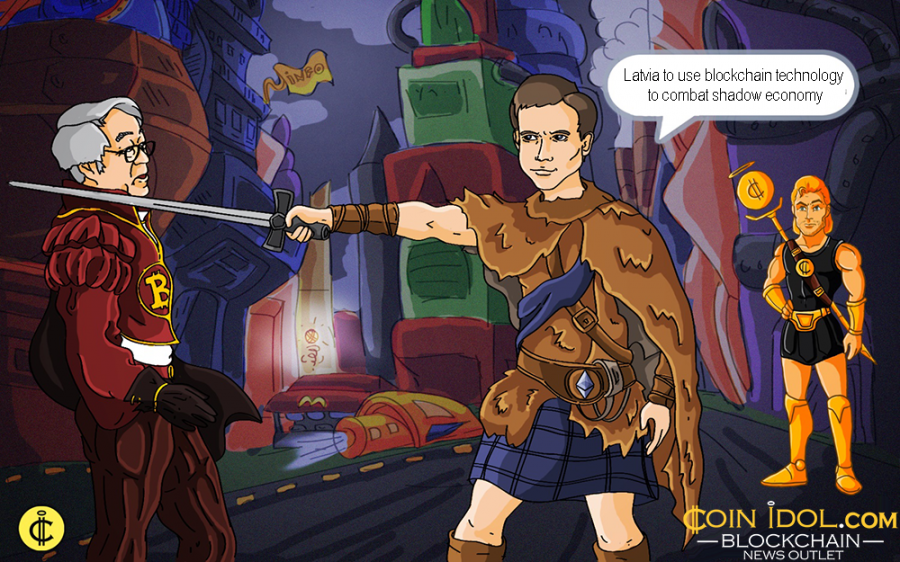 The State Revenue Service of Latvia calls for the use of Blockchain technology to control tax flow and combat the shadow economy. As one of the possible solution, Blockchain-based systems can be used in the cash registers reform.

According to a report by Delfi.lv, the State Revenue Service pointed out that blockchain technology opens up new business opportunities, can create more efficient solutions, and could reduce the involvement of the third party participants in local business operations in the future.

Several examples of the use of blockchain technology and further actions for the development of the field were recently published by Latvian the Ministry of Economics.

Currently, Latvia is one of the leading European countries in the question of cash flow restrictions. Last year the Latvian Ministry of Finance ruled that transactions over 7,200 Euros cannot be made with cash. The threshold for the use of cash both for business and individuals is now planned to be reduced to 3,000 euros. This decision was taken as one of the tactics to fight the shadow economy in the country.

Now the Latvian tax authorities see opportunities for using Blockchain technology to continue on this course. It was mentioned that distributed ledger technology can be implemented in cash registers at the point of sales, which also plays an important role in combating the shadow economy.

The Ministry considers that Blockchain-based solutions would strengthen its surveillance capacity in Latvia. They proposed to develop a technical solution for electronic devices and equipment at points of sale that would transfer the trade data directly to the State Revenue Service online using blockchain technology.

"This proposal should be implemented as a future solution that entrepreneurs could use on their own initiative for more convenient and effective cooperation with the State Revenue Service," said the Ministry of Economics.

Other proposals for future technical support measures will be represented by the end of 2019, stated the report. Furthermore, the Ministry of Justice was invited to evaluate and give an opinion on extending the existing legal framework. Thus Blockchain and smart contracts use in Latvia could be recognized as legal.

However, the State Revenue Service of Latvia distinguishes between the terms Blockchain and cryptocurrency. The report states (a brief translate from Latvian):

"Although both [Blockchain and cryptocurrency] are interconnected, the main difference between these concepts is the underlying principle of technology. One of the things that is often confused is the blockchain itself and the use of the blockchain.”