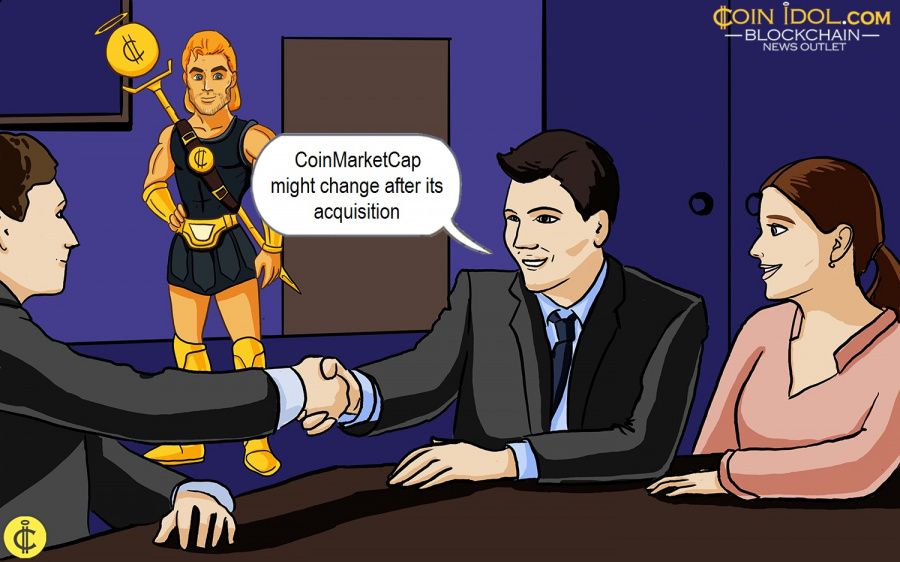 Binance announced the acquisition of CoinMarketCap which will now officially become its daughter company. Although CoinMarketCap has claimed to remain independent, the community anticipates there might be changes in its operation.

On April 2, Binance, the world largest cryptocurrency exchange in terms of trading volume, reached an agreement to acquire CoinMarketCap, a global leader in crypto-asset tracking data. Both companies mention common strategic vision as the main reason behind the deal. They keep the promise to foster cryptocurrency accessibility for the public and bring more transparency into the industry.

Ins and outs of the new agreement

Binance  made a public announcement that CoinMarketCap will be acquired in what is referred to as a “landmark deal”, where the collaborative union will bring more opportunities for industry growth and mutual benefit. The CEO of Binance, Changpeng Zhao (CZ), describes the development in the following way:

“The core DNA of CoinMarketCap is strongly aligned with Binance’s ethics and culture, from its integrity to its value of freedom, transparency and user-focus. Our common vision will be strengthened by this acquisition to further growth and instil transparency in the industry.”

As CoinMarketCap  disclosed, the company will remain functioning as an independent entity. But the change in ownership will be followed by the ascension of the new CEO. Carylyne Chan, who is a former Chief Strategy Officer and new interim CEO, will replace Brandon Chez, the founder of CoinMarketCap.

In her public statement, Carylyne Chan outlines the company’s plans to bring out new products and changes already this year:

“CoinMarketCap will continue to expand on our mission of making crypto as an industry and asset class more discoverable and efficient, and I am certain many of our users will love the new products and changes we plan to launch at CoinMarketCap in 2020.”

While the amount of the deal is not revealed, speculations maintain that it may be worth half a billion dollars.

To mitigate some of the concerns associated with transparency, Binance stated that its native token, BNB, will not be affected by the acquisition of CoinMarketCap, the platform where it is listed. The latter remains the most referred data and ranking source on cryptocurrency assets. From the words of its ex-CEO, Brandon Chez, CoinMarketCap is committed to an unbiased view by getting rid of judgement and censorship. The company plans to follow the same vector after the deal gets into force.

As of now, there are no specific plans for further development from either side. While both companies promise the decentralized and unbiased nature of CoinMarketCap will not be harmed, no specific steps are revealed. Meanwhile, some community members expressed their opinion on Reddit that it is worth searching for alternative cryptocurrency rating generators as CoinMarketCap will be manipulated.

What kind of manipulation might there be? Will they list Binance Coin higher in their ratings? Or might we simply see more advertising of Binance? Let us know in the comments below!