Coinbase Customer To Fight Against IRS Summons in Court 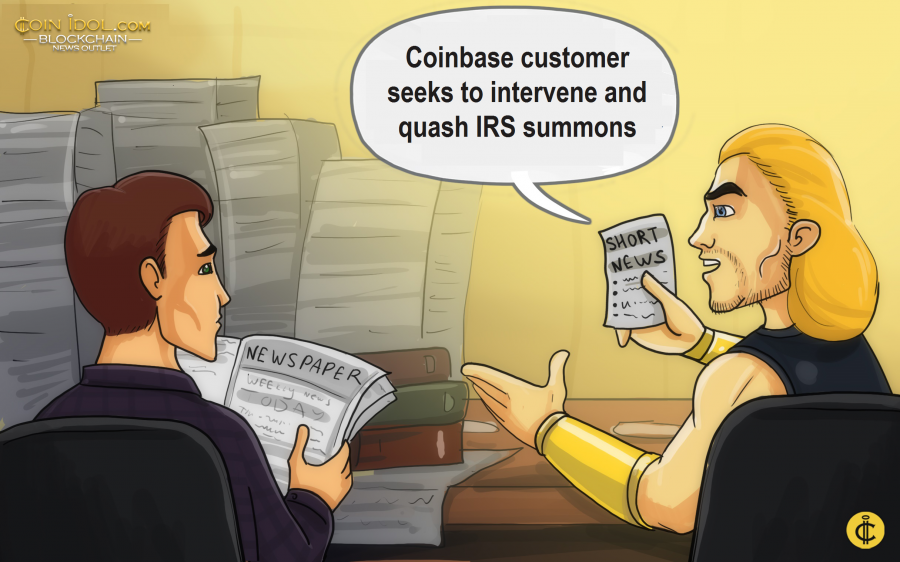 Customer of Coinbase cryptocurrency exchange filed a motion late Tuesday, December 13, in federal court seeking to block the Internal Revenue Service from accessing personal and transactional information of individuals who used the Coinbase Bitcoin trading and storage platform during the years 2013-2015.

According to the official press release, the motion to intervene and to quash a summons issued by the IRS to Coinbase was filed in San Francisco on behalf of Los Angeles attorney Jeffrey K. Berns, the Managing Partner of Berns Weiss LLP, who estimates that over a million Americans are subject to the IRS summons.

“There is no legitimate reason to seek these records,” said Berns, who used Coinbase to buy and sell Bitcoins. He continued:

“Individuals with no taxable events shouldn't be subject to a complete investigation because the IRS doesn’t understand a developing technology.”

The motion is currently scheduled to be heard on January 19, 2017.  In the event that the Court that approved the summons is not prepared to quash it without further information, Berns has alternatively requested that the Court schedule an evidentiary hearing and allow Berns to obtain documents and a deposition from the IRS.

On November 30, a federal judge granted the Justice Department’s petition to allow the IRS to serve its summons to obtain Coinbase customer data for anyone who “conducted transactions in a convertible virtual currency” between January 1, 2013 and December 31, 2015.  This data includes the identification of Coinbase’s U.S. customers and substantial private security and financial information for those customers.