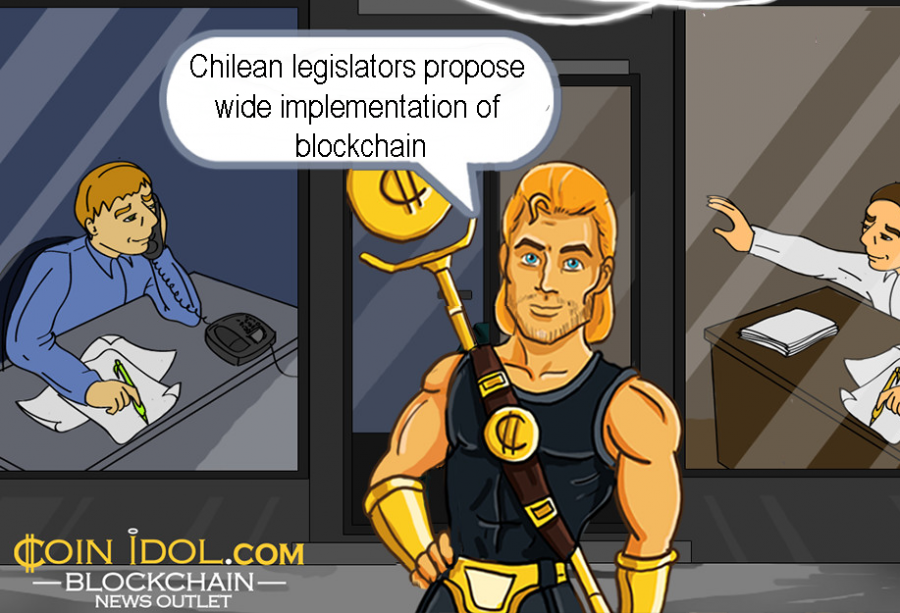 Blockchain technology adoption is growing highly in several nations all over the world, many of which are looking to support its establishment for government use while nations such as the UK, Japan, US and South Korea etc. are trying to regulate the sector to batten security of users.

At this moment, two Chilean legislators, Giorgio Jackson and Miguel Angel Callisto have legally submitted a significant proposal to the Parliament for putting distributed ledger technology (DLT) into practice in the nation's public sector.

As per the two proponents, the notion is a bid to ameliorate and enhance the quality of cybersecurity and slash down the government's bureaucratic processes.

Explaining the proposal, one of the proponents, Deputy Miguel, revealed:

“With this technology we could also transparently and unalterably track the management and work carried out by the different public agencies, with their indicators and all the figures collected, reducing the possibility that this information is used maliciously with others.”

“Our interest is to begin a debate in which the public services are debited. The truth is that it is a technology that has a very transformative potential, very revolutionary in terms of technology and the ability to decentralize information.”

The legislators also recommended massive research into DLT to explore several areas of applications as the nation is considering and planning regulations in order for the technology to be applied in its financial system.

Talking about regulation, several nations are planning to delve into DLT for their financial systems, while others have even rolled out their own government-backed digital currencies, a good example is the Venezuelan Petro which is believed that it could prevent the hyperinflation problems.

In order to embolden patronage, the Venezuelan government has authorized the use of the Petro for some of its chief government services such as buying passports. However, President Nicolas Maduro is optimistic that the crypto will have wide adoption, acceptance and reestablish hope in the economy of the country.