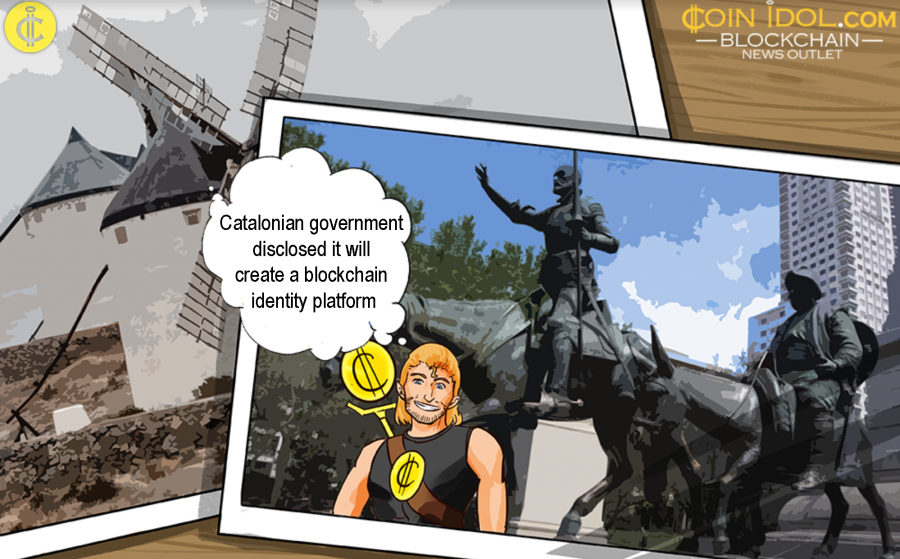 On September 7, the Catalonian administration disclosed it will create a decentralized platform intended to provide nationals control of their private information when networking with online services.

The beleaguered, semi-independent province in Spain, unveiled plans for a blockchain-based, “self-sovereign” identity (SSI) system dubbed IdentiCAT. SSI is a model for managing digital identities in which a person or company has full ownership over the ability to handle their personal accounts and own information.

The initiative was officially proclaimed by minister Jordi Puigneró, as part of the government’s main goals, to succeed and digitally endow Catalan people so they may do businesses with complete guarantee and security in the fast digital community of this era. This is also part of the country’s blockchain policy declared back in June to lift m the use of cryptocurrency and blockchain technology in various public agencies and society.

The network is going to be powered by blockchain tech and the government of Catalan is in this case working as a validator for the network. The ministry of Digital Policy revealed its intentions of not gathering users’ individual information as part of the system.

The government revealed that the structure will be the first distributed ledger technology (DLT)-based digital identity in Europe to be driven by the public domain and run by regular residents themselves with the goal of transforming to standard use in a separate community on the northeastern area of Spain.

The SSI platform will deploy apps on smartphones or computers to enable users to “set up and administer their private identities, with total permissible efficacy and confidentiality. For instance, a user will be able to verify if he/she is of legal age minus being tasked to present his real date of birth, etc.

However, some people in the region believe that Catalonia’s call for a blockchain-based identity system should be regarded as nothing less than a political provocation - a clear communication to the Spanish administration that the province is pushing hard to terminate its longtime dependence on Spain. This matter is so sensitive and most officials are refusing to comment about it for fear of being misquoted as people (leaders) who are trying to take a side.