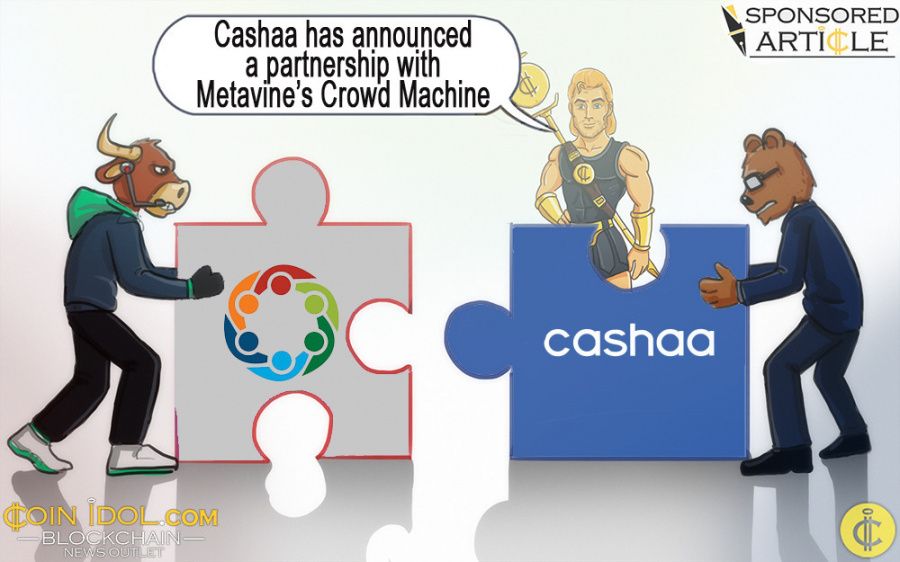 Cashaa, the blockchain-powered ‘Banking Platform for the Next Billion’ has today announced a strategic partnership with Metavine’s Crowd Machine to allow its zero-code decentralized app development platform to use Cashaa’s powerful financial technology, enabling mass adoption of the Cashaa wallet.

Through its strategic partnership with Crowd Machine, Cashaa has become part of the Crowd Consortium, a new group of major companies that plan to support development of blockchain applications on Crowd Machine. Cashaa join companies like General Electric, AON Hewitt, KONE, Anthem and Pacific Western Bank who are already leveraging this next generation dApp platform.

The partnership will not only allow coders and non-coders alike to take full advantage of building apps up to 45x faster than traditional development tools, but also place Cashaa’s integrated fintech services at their fingertips. Cashaa’s technology will power financial transactions within Xero Code’s global Crowdmachine application platform, thereby making Cashaa’s wallet system available for integration with millions of apps and downloads. This will have the effect of placing enormous demand on CAS, the token that powers the platform.

Cashaa is creating a better bank, challenging legacy banking by building an app and products with input from its community of users. It’s blockchain-based platform enables its community to store, save, spend, receive, borrow and get insured, with a simplified user experience in a legally compliant way.
Currencies held in Cashaa wallets can be transferred cheaper and faster to any card, bank account or wallet in the world in local currency. The sender and the receiver can transact in the local currency and need no awareness of blockchain technology. A receiver can receive fiat money in their local bank account, credit or debit card and can walk to the ATM to withdraw cash instantly or spend as they wish. 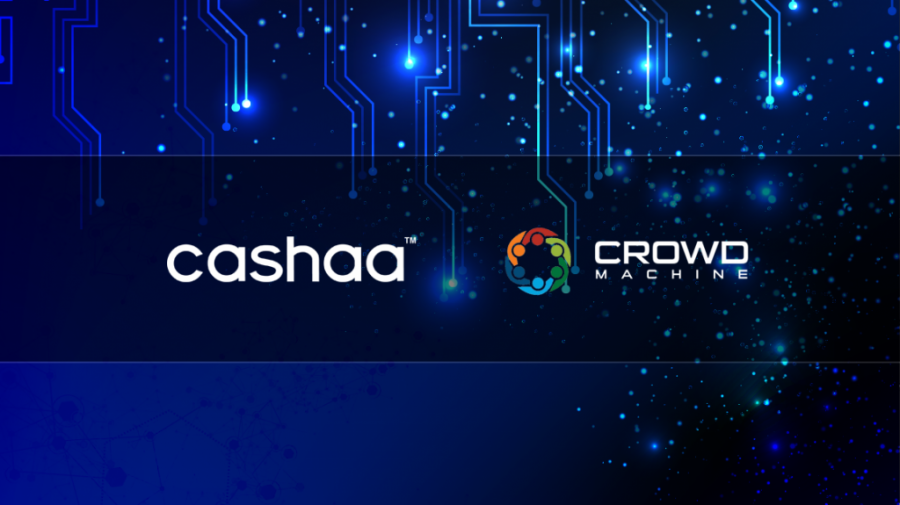 Just as Cashaa offers unprecedented efficiency and financial inclusion to the unbanked billions, Metavine’s Crowd Machine democratises software development by enabling millions of people to create their own apps without coding expertise, via the Crowd App Studio. The app components they create in the Crowd App Studio can also be published in a Github-like repository called Crowd Share. Every time an app component is run, the app creator gets compensated.

Metavine’s Crowd Machine is currently being used by Fortune 500 companies, including Anthem and GE (Oil & Gas).The company will distribute its Crowd Virtual Machine (CVM) to a peer-to-peer network, leveraging unused computing resources in billions of devices around the world, via decentralized cloud.
Kumar Gaurav, CEO Cashaa said: “As the financial technology partner in the Crowd Consortium, Cashaa will make available its payment services within the Crowd Share for app developers to use in their new apps through the Crowd App Studio. One of the main reasons we were keen to join the Crowd Consortium was to make our wallet and digital financial services apps building components available to the community to help bring decentralized global financial products to the masses.”

“Cashaa will be able to power cross border payment services for a number of applications from the app components they publish in Crowd Share, facilitating payments in fiat, Crowd Machine Tokens (CMT), or other supported digital tokens. This will allow the promise of blockchain technology and cryptocurrency to be delivered faster to the global community.,” added Craig Sproule, CEO Crowd Machine.

Cashaa is currently running a Token Generation Event (TGE) offering its native CAS token. Cashaa aims to provide access to financial services for the billions of unbanked and underbanked. The financial services platform leverages blockchain technology without end-users needing to know anything about it and never having to come into contact with cryptocurrency themselves.

For more information about Cashaa and the CAS token sale visit https://cashaa.com.

Crowd Machine is revolutionizing the blockchain and decentralized applications sector with technology from Metavine Lab. Coming out of stealth in November 2017, the project involves three core components. The Crowd App Studio (Previously “Metavine’s Genesis) offers the most comprehensive high productivity platform as a service available today, including complete application lifecycle management functionality. Crowd Share is a GitHub-like repository where app creators can post components of their apps; where creators are paid if their source code is used.
For more information please visit: www.crowdmachine.com

Disclaimer. This article is paid and provided by a third-party source and should not be viewed as an endorsement by CoinIdol. Readers should do their own research before investing funds in any company. CoinIdol shall not be responsible or liable, directly or indirectly, for any damage or loss caused or alleged to be caused by or in connection with the use of or reliance on any such content, goods or services mentioned in this article