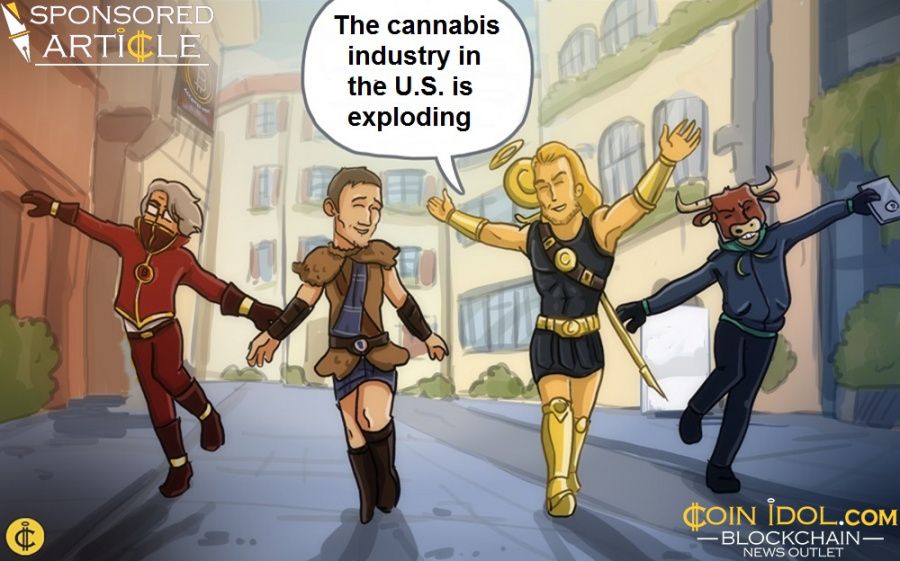 The cannabis industry in the U.S. is exploding, with a projected value of $50 billion, and it is predicted to grow exponentially in the future. The buzzkill remains a lack of consistent regulations and non-standardized rules of trade across state lines, forcing much of the industry to operate in the shadows and remain essentially shunned by the nation’s established economic system.

Despite legalization, many people still prefer buying cannabis through black market channels in hopes of obtaining their favorite strains at cheaper prices.

So What’s the Solution?

Having launched in 2016, Budbo, a U.S. based startup, initially developed a “tinder-like” mobile application to help users find their favorite strains and products at nearby dispensaries. Now boasting of nearly 100,000 users and 2,000 dispensaries as part of its network, Budbo’s platform consists of a mobile phone app and a cloud-based backend business intelligence platform, which also provides a delivery tracking service aimed at ensuring full visibility and compliance of the cannabis delivery process.  Budbo is now a respected and established presence in the cannabis ecosystem, and is looking to elevate its offering in a major way by tapping into blockchain technology.

Need of a Blockchain Revolution

Budbo believes the cannabis industry lacks the basic framework to seamlessly integrate into the country’s mainstream economy. Company leaders argue the persistent marginalization and fragmentation of the cannabis sector can be alleviated through blockchain technology.

“Blockchain possesses the power to streamline the processes of cannabis industry,” says Budbo CTO Jacob Patterson. “This system we are working on will ensure that cannabis moves safely and through proper channels, with all movements and history accounted for in a decentralized and immutable ledger.”

By bringing together growers, manufacturers, lab experts, dispensaries and other cannabis industry stakeholders, Budbo aims to construct a completely transparent, and standardized system for the cannabis trade.

The blockchain technology offers a way to streamline industry channels simultaneously as it holds an immutable ledger that leverages crypto-tokens built on smart contracts. The digital ledger which Budbo aims to build will contain complete seed-to-smoke information of every cannabis consignment produced, along with real-time GPS tracking of cannabis movements between pertinent stakeholders.

Working along this path will give rise to Budbo’s ever-growing data aggregation platform, allowing full transparency among all cannabis businesses and government agencies. This data will galvanize growth and provide a strong backbone for the cannabis industry to communicate among its actors and make optimal business decisions. It will also simplify the process of cannabis businesses satisfying pertinent regulations, while giving regulators a direct, transparent and fast method to ensure that those regulations are being adhered to.

The Budbo utility token (Budbo Token) built on top of ethereum-based blockchain technology provides stakeholders entry into this digital ledger system. Working as an API, this token will be used to access  information stored in the digital ledger.

The aggregation of data starts with consumers generating demand for a particular strain of marijuana. Dispensaries access the analytics and data trends to make smart business decisions. Based on the analytics, dispensaries place orders with nearby manufacturers. The manufacturer, in turn, accesses the information regarding strain purities as reported by testing agencies by using Budbo Tokens.

The blockchain platform ensures there is neither unaccounted pilferage of stock nor any scope for substituting high-quality strains with inferior strains. The marijuana growers buy this information by spending Budbo Tokens to plan their planting cycles and streamline the delivery of their products in markets where they are in high demand.

Aside from regulating the cannabis industry, the blockchain ecosystem designed by Budbo can eventually be used as a blueprint for blockchain integration in other industries.