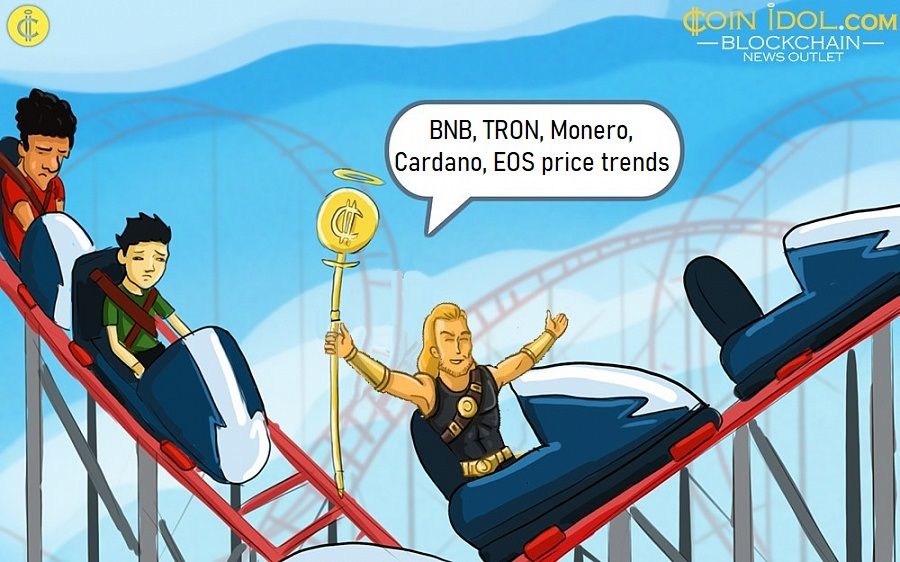 On October 13, all the cryptocurrencies under review are still in bear markets. The coins have reached the oversold region of the markets, suggesting bulls will take control of price. However, there seems to be a lack of buying power at the demand zones as the bulls struggle at the bottom of the chart.

Binance Coin (BNB) is making a series of lower highs and lower lows in a downward channel. In the previous week, the bulls were in control of price as the price approached the resistance line of the descending channel. Nevertheless, if the price breaks the resistance line of the channel, this will bring about a change in the direction of price. Traders will be inclined to initiate long trades in anticipation of a bullish trend. However, if the descending channel remains intact, the downtrend will continue for some days. 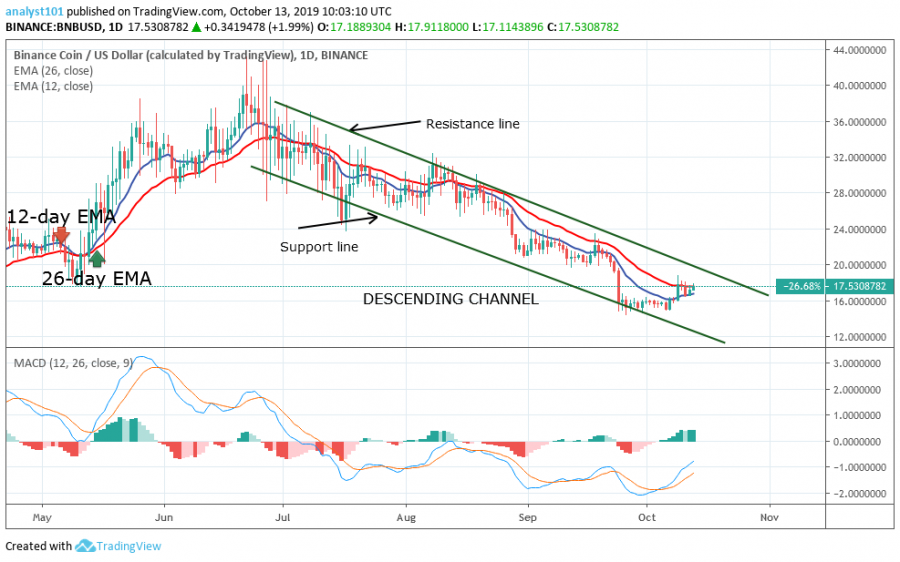 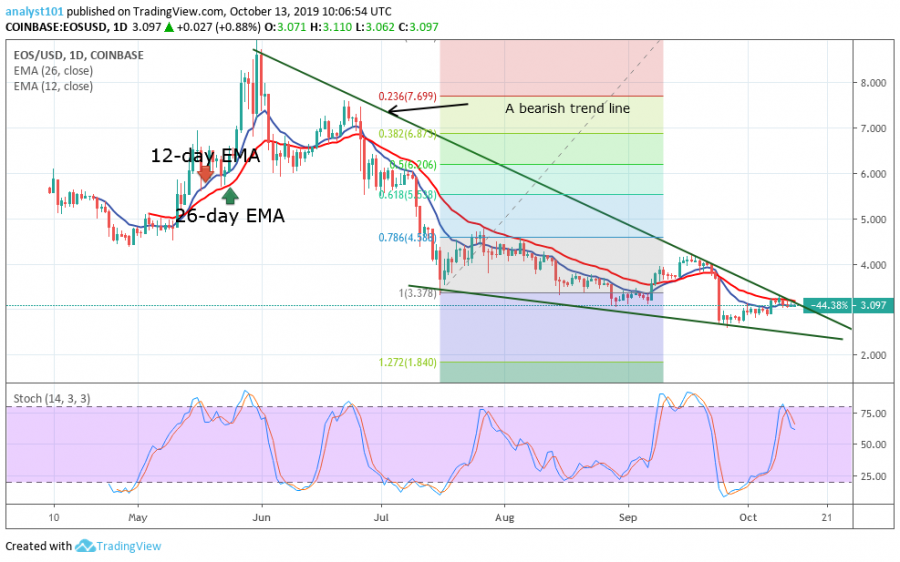 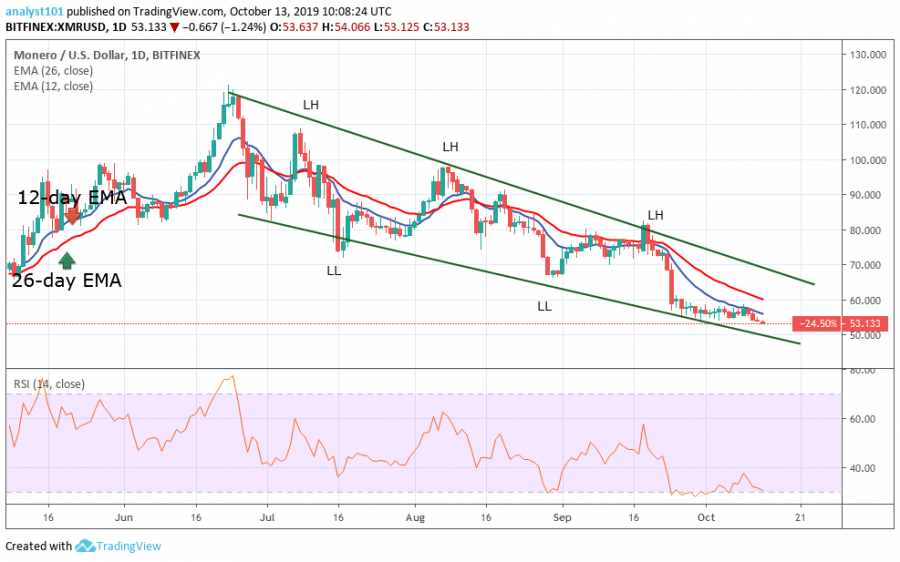 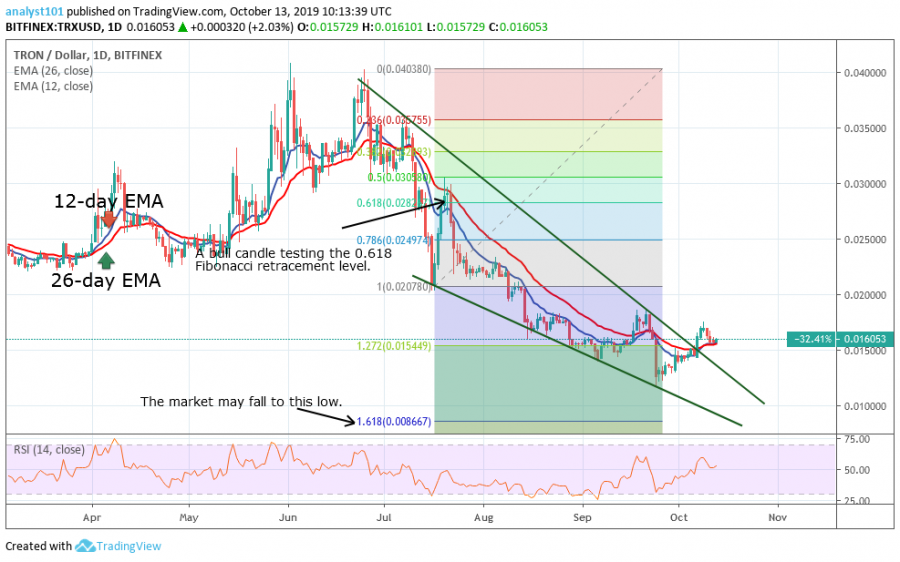 The ADA/USD pair has been consolidating in October as bulls defended the downward move. Also, the market has reached the oversold region suggesting bulls to take control of Cardano (ADA) price. The price is approaching the bearish trend line for a possible breakout. Nevertheless, if the trend line is breached, or the $0.050 resistance level is broken, ADA will rise and reach the previous highs. However, the coin will be in the bearish trend zone if the levels are unbroken. 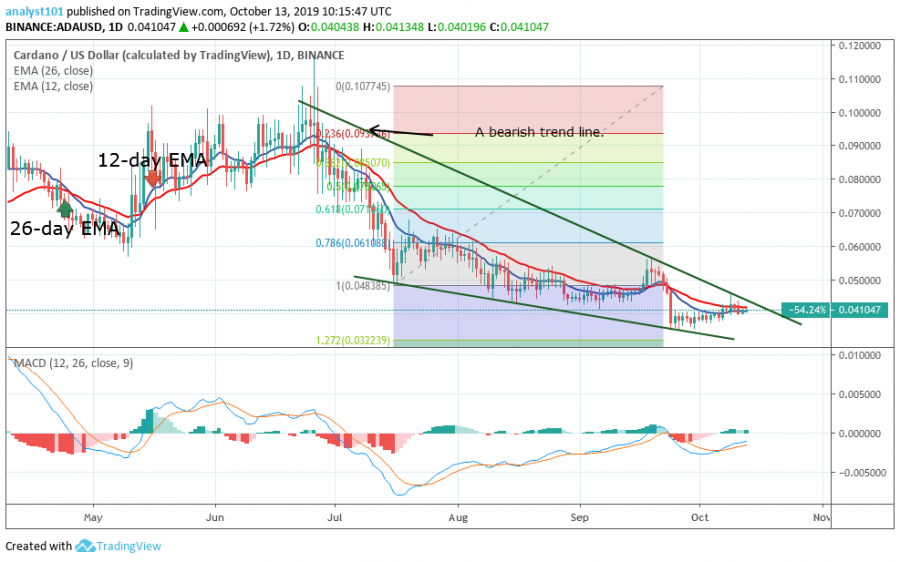