BlockNet launching Inter Blockchain Exchange, Price is on the rise 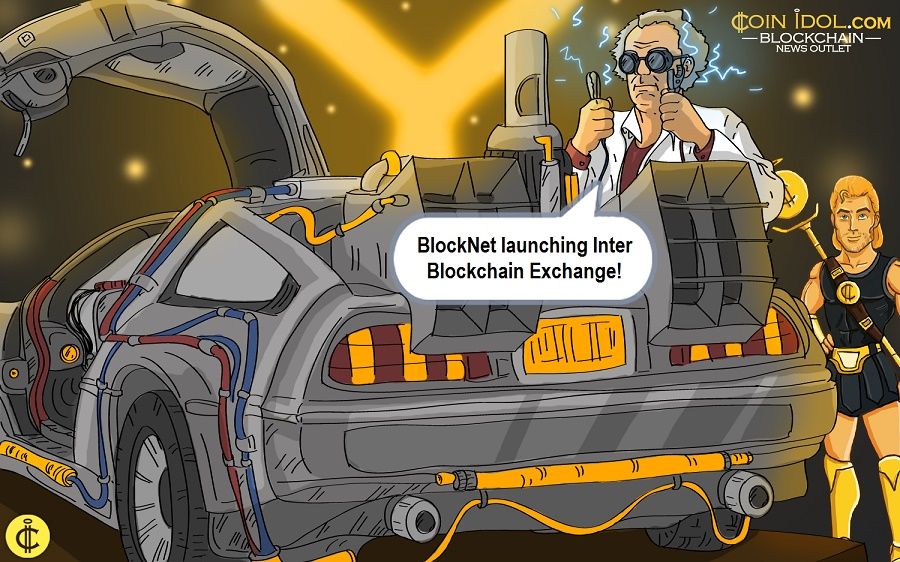 The BlockNet represents a new breakthrough in cryptographic technology, allowing its users to "communicate" directly from one blockchain to another - without a third party involved, middle man or other non-decentralized based resource.

The BlockNet Team is now preparing to launch Xbridge which represents "blockchain router" and allows for direct exchange from one blockchain to another. Inter-node communication has been successfully established, and the decentralized exchange of digital tokens is currently under testing.

Once it is completed, it will become a key part of the BlockNet’s application platform, enabling the rapid and vastly simplified development of decentralized apps. As a result of this announcement BlockNet price has risen more than 400%!

The launch date of the decentralized exchange is yet to be determined and any coin which supports BIP65 (CLTV) is compatible to BlockNet. Currently, Bitcoin and SYSCoin are supported, and several others are under testing and en route to launch.

"Our schedule of launch events for coins is yet to be determined", Dan said.

Safe Exchange Coin is going to be one of those supported coins on BlockNet and Daniel Dabek, founder of Safe Exchange Coin, emphasized the importance of something like this in a comment to Coinidol.com:

"Blocknet is fulfilling the need that many people use everyday in cryptocurrency.  For example you could trade Litecoin for Bitcoin or Safe Exchange Coin without depositing either of those funds into someone else’s wallet like we do these days with centralized exchanges. Blocknet is bringing us the answer to Mt Gox problems and other hacks that have happened against exchanges big and small. It is important because it brings about a new level of privacy to users because they no longer need to interact with a website. And it harnesses a new paradigm of technological innovation - Cross Blockchain exchanging i.e. trades from one blockchain to another blockchain. This is especially a reason why we should be supporting Blocknet."

You use the app as you would use a traditional app, except that no central entity owns your data, there are no servers to hack, the network infrastructure is crowdsourced. Even though the development of the Xbridge is still in progress, Metcalf pointed out that since it's p2p, it can be in use today.

"The decentralized exchange currently allows users to exchange bitcoins for assets in other blockchains, such as SYSCoin. Its design is split up into four aspects: coin deposits, order broadcast, order matching, and coin exchange.
Coin deposits are fully decentralized: you simply send them to your wallet, and no-one else ever holds coins on your behalf or issues secondary tokens for you to trade with. Order broadcast is fully p2p through Xbridge, our 'blockchain router'.  No servers or central parties are involved. Order matching is done by your local instance of XBridge, so it is fully decentralized. Finally, coin exchange is fully trustless and the trading parties only need to exchange a hashed secret and their public keys. As a result of these four aspects, the Blocknet is the only truly decentralised chain in existence. All other designs are centralised in one way or another."

The Inter-blockchain era is coming

The next step for Blocknet, Metcalf told us, is implementing a blockchain routing protocol (which is basically like DNS, but for blockchains).

"Inter-chain standards are in their infancy, but our blockchain router is here, and the world is now discovering its need for it. Cryptocurrencies have fallen victim to centralised exchanges time after time; the Blocknet allows users to trade without a centralized site (like Mt.Gox). The decentralized exchange technology also opens up space for the coming inter-chain era, where it will be the norm for dapps to consume services across multiple blockchains, and where the current API ecosystem will give way to a 'token ecosystem'. We have laid foundations for this world, and it is coming", Metcalf concluded.

"Looking forward to this!", "Exciting times ahead" and "This is such an amazing idea and development. A true step forward for crypto" are just some of the positive feedback and comments on bitcointalk.org under the news about the Blocknet announcement.

Let us know what you think as a comment below!