BlockchainWeekend 2019 Happened, and it’s Reimagining the Format of Blockchain Events 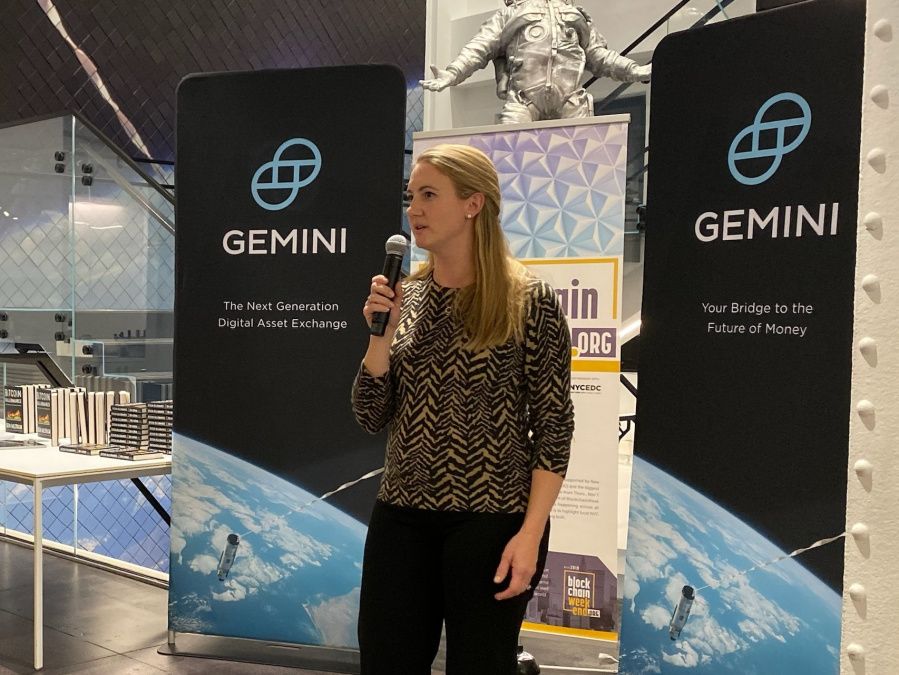 BlockchainWeekend 2019 was a weekend filled with a diverse range of events taking place across NYC’s five boroughs.

Supported by the New York City Economic Development Corporation (NYCEDC), its inaugural weekend, was started on the basis of creating a decentralized format of over 50 events, workshops, panels and live projects where visitors could explore all aspects of the blockchain and tech space in NYC.

Each event added a layer of personality, with its space, speakers, sessions and ability for the community to come together, forming a solid block from the sum of its parts that makes up the blockchain community.

“New York City needed an initiative like this to allow anyone to uncover and get involved in the blockchain space. Blockchain space is poised to grow at a rapid pace over the coming years. BlockchainWeekend was founded on the idea of decentralization and making blockchain accessible to all. With support from EDCNYC, we were able to connect the city’s tech ecosystem in a more personal way, and we invite other global blockchain communities to take over the baton hosting Blockchain Weekend in your city in 2020."

Civic Hall in partnership with Consensus, hosted an excellent event called “Centering Diversity In Decentralized Technologies.” With both workshops and discussions, this event was designed to allow a broad range of people to begin to understand blockchain and to discuss how it can be a force for a more inclusive world. 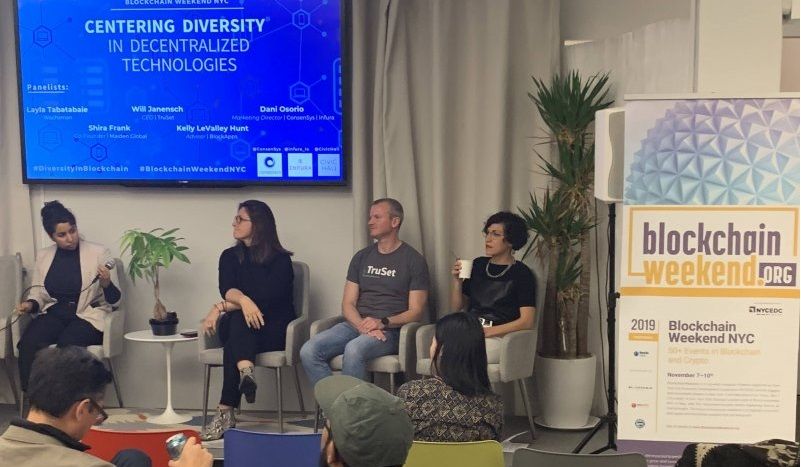 Following the panel, each panelist broke into groups with attendees, and moved to a different section of the space to conduct workshops. It embodied the notion of BlockchainWeekend designed to be both decentralized and engaging.

“This is a fantastic way to connect the Blockchain Community across the world. The ability to stretch or shrink depending on the amount of events can give great flexibility to Blockchain Weekend organizers all over the world. You can be a leader and connector in your community tying it together and leading it into the future.” 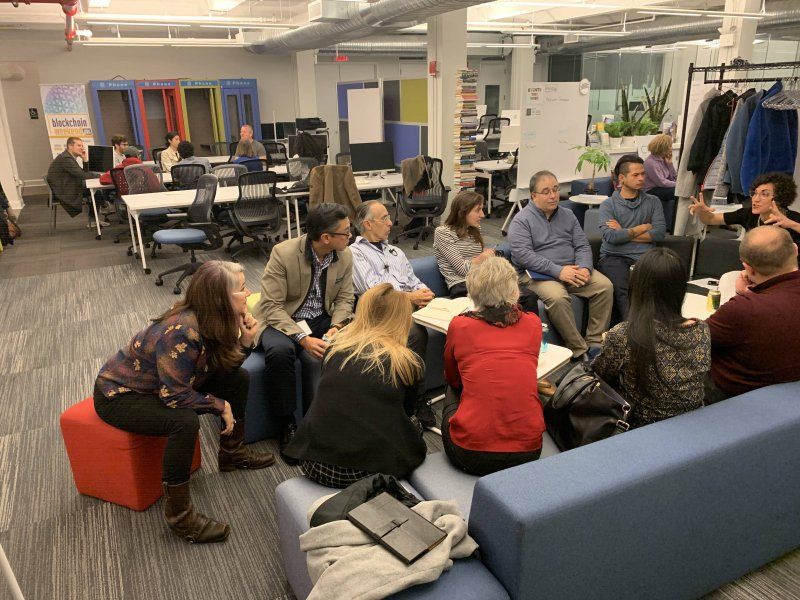 On Friday, the stand out event was BlockchainWeekend Summit. Held at Ideanomics, a global fintech space focused on digital asset production, the summit connected the diverse tech community. With panels, a blockchain lab hall featuring a number of blockchain projects, and networking after party. 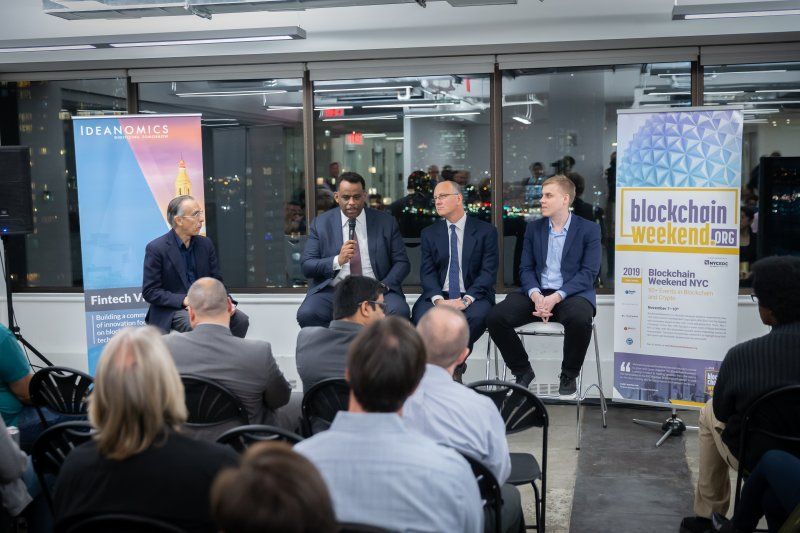 The atmosphere of that event truly showed the spirit of diversity in the blockchain community. There was constant excitement and passion in the air. Guests were able to learn from startups like Quandency, TaxMap and 3box and later network with some of the biggest players in tech.

“We are excited to see collaborative, community-driven initiatives like BlockchainWeekend NYC that are helping grow New York City’s blockchain community. BlockchainWeekend is a first-of-its-kind event that aims to provide vital resources and connections to residents across the 5 boroughs, from the blockchain curious to blockchain professionals, giving everyone an opportunity to participate in the development and growth of this technology.” 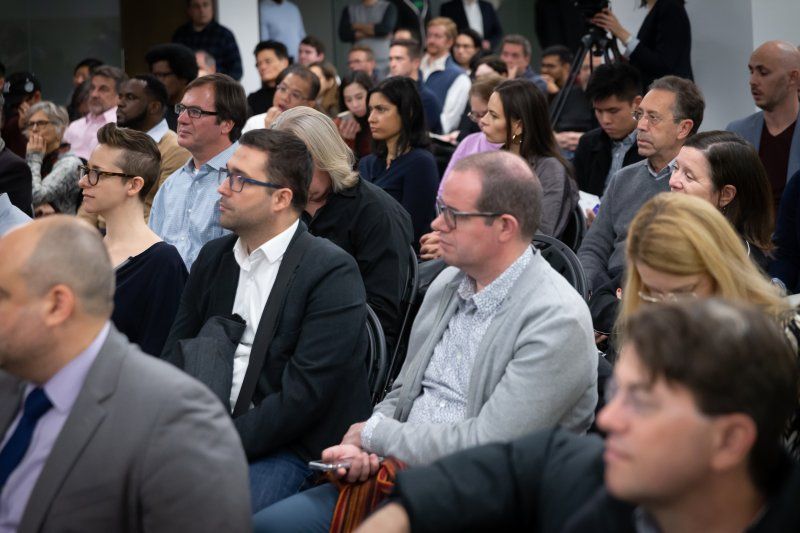 Another weekend highlight was “Blockchain Live” where the main topic of discussion was the future of decentralized finance. Hosted by TheDEX and Homebloc, panels included “ Next Generation of Digital Assets Exchange,” “Asset Tokenizations,” and “Digital Identity.”

“Blockchain technology continues to be adopted by big and small name companies from all genres of business. We are delighted to learn of opportunities from notable speakers, as well as the new applications from startup companies. Our goal has always been to raise awareness of blockchain technology to the public during BlockchainWeekend. Blockchain Live NYC did just that!" 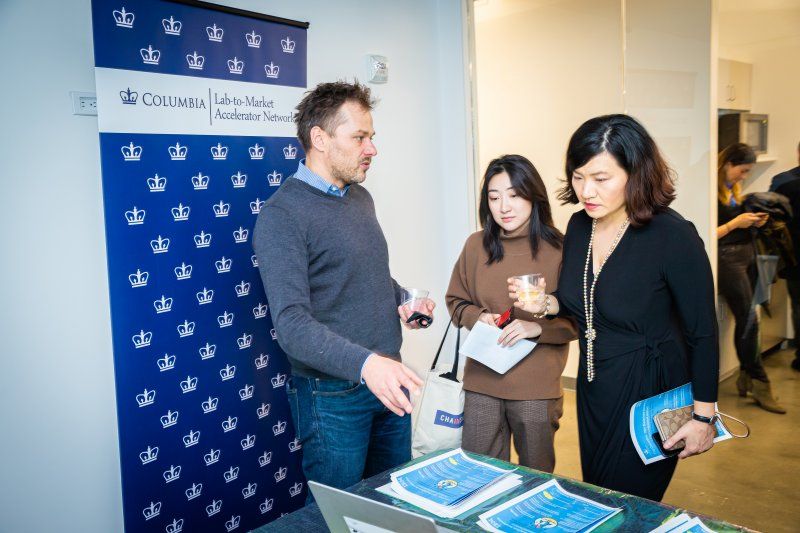 This is just a drop in the bucket of all the events that took place. Think your community could benefit from BlockchainWeekend? You are invited to get engaged and participate in 2020. It can be a year of organized decentralization, full of BlockchainWeekends all across the globe. More information can be found at BlockchainWeekend.org

Blockchain Weekend is poised to be a global phenomenon, as it is much easier to get involved in than BlockchainWeek.

“What I love about Blockchain weekend is the ability to do one day of events or two or three. It is up to you. You can scale it your capabilities in your location, and the best part is that it doesn't have to be a major conference that requires a lot of money and expenses. This can be done just with communal effort. It is up to you how long you want your blockchain weekend to be.”

Bring together even a few of blockchain communities, and you got yourself a blockchain weekend in your city. Simple, not requiring huge budgets, and bringing the community together without having to be forced to a conference.

Anyone can participate in the growth of global blockchain community, and the idea behind BlockchainWeekend format makes it really easy to get involved.