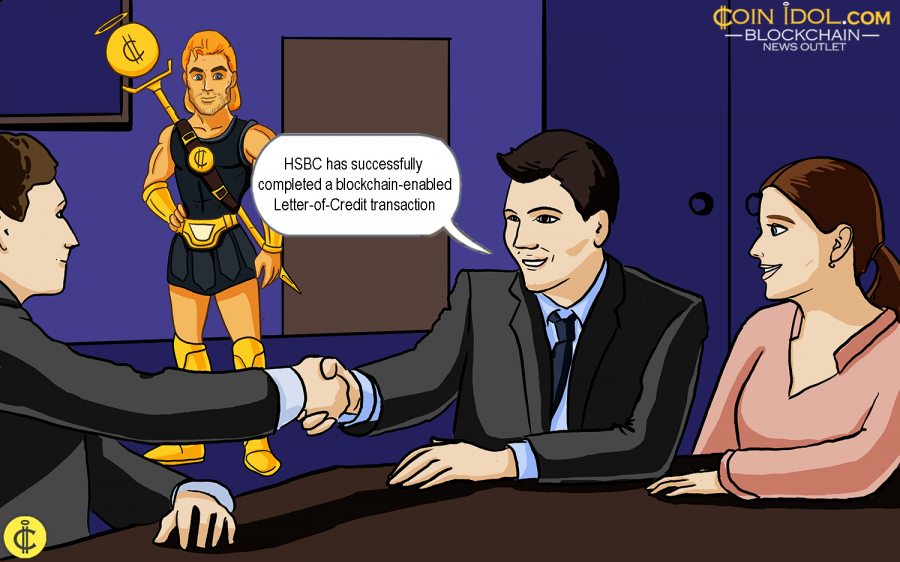 The British multinational banking giant HSBC has successfully completed a blockchain-enabled Letter-of-Credit (LC) transaction. The Bank announced that it was propagated between South Korea and Vietnam. This marks the first blockchain LC operation for both countries and seventh in the world in general.

HSBC facilitated a bulk shipment of raw plastic materials from INEOS Styrolution, the supplier to Duy Tan Plastics in Vietnam. The bank expressed that it conducted the end-to-end trade between the two entities using Voltron Blockchain. HSBC acted as the issuer of the LC and nominating bank in the operation. It was initiated on july 03, 2019.

The bank revealed that the success of the transaction showcased the ability of the technology for commercial business. It enabled the LC documentation exchange to complete within only 24 hours. Conventional methods for exchanging Letter-of-Credit documentations lasts between 5-10 days.

A Faster and more Efficient Channel

According to the results from the latest HSBC transaction, both parties involved recorded an increase in efficiency. The parties revealed that transacting on blockchain provided them with more operational efficiencies. The firms also confirmed that the technology is more transparent and secure.

The institution added that the technology would lead to a quick turnaround which will help unlock liquidity for businesses.

Meanwhile in the Philippines the Union Bank is using the technology to boost lending and offer financial services in rural areas. The institution is reportedly experimenting with the use of blockchain for remittance across borders. The bank believes the tech gives better control over the choice for the person who receives the money and how it is spent.

Many financial institutions use blockchain for a lot of other reasons. Among the most popular application in the banking sector are; Clearing and Settlement ,Payments,Trade finance, Identity and Syndicated loans.

Tags
Blockchain Transaction Banking HSBC Vietnam South Korea Korea Technology Finance
Most Popular
Jan 20, 2021 at 15:03
News
Cryptocurrency Campaigning is Going Mainstream: How Politicians Use Bitcoin to Win Support
Jan 20, 2021 at 14:02
News
Bitcoin Cash Correcting Lower, May Slide to $430 Low
Jan 20, 2021 at 13:10
PR
Get up to 7BTC Deposit Bonus and Bet on Sports, Casino Games, Slots and Politics with 1xBit
Jan 20, 2021 at 12:36
News
Bitcoin Stuck Below $38,000 as Buyers and Sellers Enter Period of Indecision
Jan 20, 2021 at 09:12
News
Soteria Has Started Insurance Function on Pancake on 19th, with Coming IFO on the 21st
More