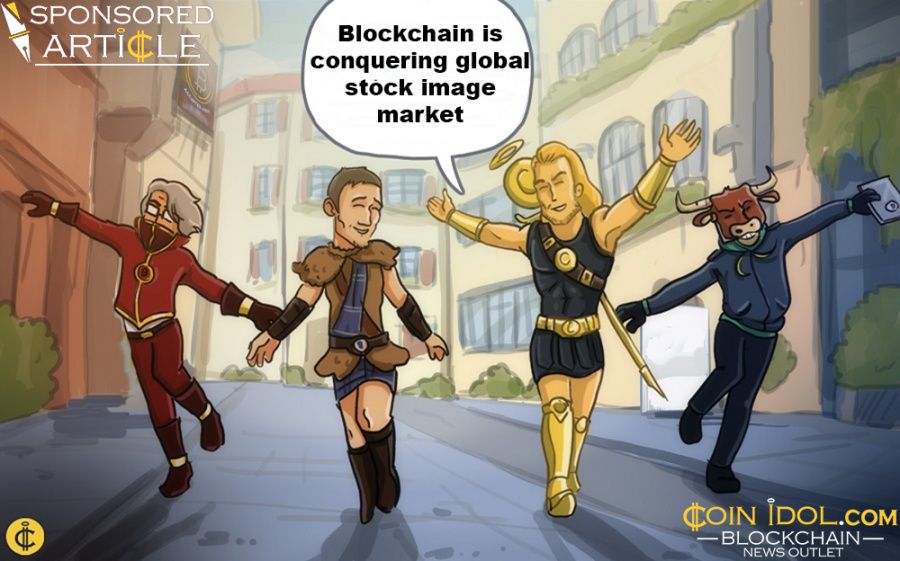 As our communication gets increasingly visual, the global stock image market is turning into a busy place.

Just recently 500px, a large and promising community of photographers, has been acquired by VCG, a Chinese image licensing giant that is slowly taking over the market in Asia and beyond, following a long-established trend for industry consolidation that doesn't necessarily benefit content creators. In 2016, VCG took over Corbis in a similar expansive move, leaving a subsidiary citizen photojournalism agency completely in the dark regarding their due royalties for over a year. VCG claimed their trouble was due to lack of ownership data, as they were unable to match images to their creators. The old ways of managing visual content have not only been proven inefficient — they've also been used as shady excuses.

While some stock agencies do make use of technologies like AI or data analysis, major players still compete by means of brute expansion, not innovation. This strategy may look good on yearly reports, but it is unlikely to hold up in the future as it tackles the currently irrelevant problem of supply. Unlike in the days of film photography, visual content is now overabundant and tremendously diverse. Ultimately, competition will revolve around smarter tools that solve modern problems like poor discoverability, lack of sales insights or transaction inefficiency. That is why network and data management will be a critical survival skill in the stock image industry of the future, and we are training it early on by connecting existing platforms into the IPStock ecosystem.

A growing number of Internet users all over the globe means that companies involved in the chain of media distribution need to be prepared for a sweeping wave of new content creators and consumers. Accessible hardware and internet connection are heating up the demand for visual content, which calls for a robust, flexible, easily scalable, and inherently redundant system.

Where Internet connection is already omnipresent, media and brands are striving to develop a personal and authentic visual language. These consumers will have no use for commoditized stock images, instead turning to custom solutions or smaller agencies for distinctive content and direct contact with authors. These meticulous users will hardly ever dive into the giant sprawls of generic disorganized images — this audience is out of reach for a typical bloated and uninventive stock agency. But they will most likely give a platform a try if it serves as a direct gateway to unique creators, aggregates multiple databases, automates the transaction routine, and provides abundant licensing data.

In turn, authors and agencies can greatly benefit from a distributed ledger that connects them at the protocol level while preserving their higher-level creative and economic freedom. Independent authors or younger agencies would have a better chance of success if they had access to a large network of customers who are free to deal on clear and negotiable terms upheld by firmly encoded trustless guarantees. These are the visual content providers that will shape the market in the future as commercial relationships get increasingly programmable and peer-to-peer, and just like the new wave of consumers, they have no place within the traditional image distribution models.

Almost a decade since it was introduced, blockchain technology adoption is growing at an unprecedented pace. Protocols like Ethereum power entire new companies, and established industry leaders rejuvenate their business processes with blockchain solutions. Just like the protocols that gave rise to the internet, core blockchain technology is largely open-source, which fosters wider adoption, rigorous development and testing by independent parties, and standardization.

For platforms like IPStock, sharing a core technology with a growing multitude of innovative projects opens up great opportunities for service integration, both within the stock image industry and in other realms like payment processing or identity verification. Instead of locking the users in an isolated environment where every feature is a black box, we can create an open and extensible ecosystem of image licensing and related services. Those unsatisfied with a policy change or a corporate acquisition could easily transition to another partner agency or distribute their images independently, and those in need of deeper analytics could use the open data to build the tools of their own.

Companies that offer copyright infringement detection services do so in exchange for exuberant fees and often demand exclusive distribution rights. While authors entrust the essential task of tracking their intellectual property to an agency, their images end up confined to a single platform that could result unaffordable for many consumers. Stock agencies thus limit the authors in their ability to reach more users, create additional value, and make a stronger cultural impact. As a recent report by the European Commission points out, the same approach is making money for publishers of scientific articles that block free access to research in exchange for infringement detection services, turning scientific data into a luxury instead of helping it serve the public interests. There is no doubt copyright infringement detection can be expensive and complicated, but erecting a tall paywall is hardly as reasonable as optimizing the underlying technology and cutting its excessive cost. By building a system that doesn't restrict the creative freedom of content creators and consumers, IPStock has a good chance of overperforming companies that throw their fortunes at unproductive infringement detection methods, not to mention other inefficiencies like obscure sales data or lack of incentives for value creators.

Current earnings and market share are worthless if a company fails to futureproof itself. The heavyweight corporations will be dragged down by stale business models as they are completely unfit to serve the evolving stock image industry with its massive scale and diversity. We are building IPStock to tackle the new challenges others will fail and keep the visual content market alive, efficient, and accessible.