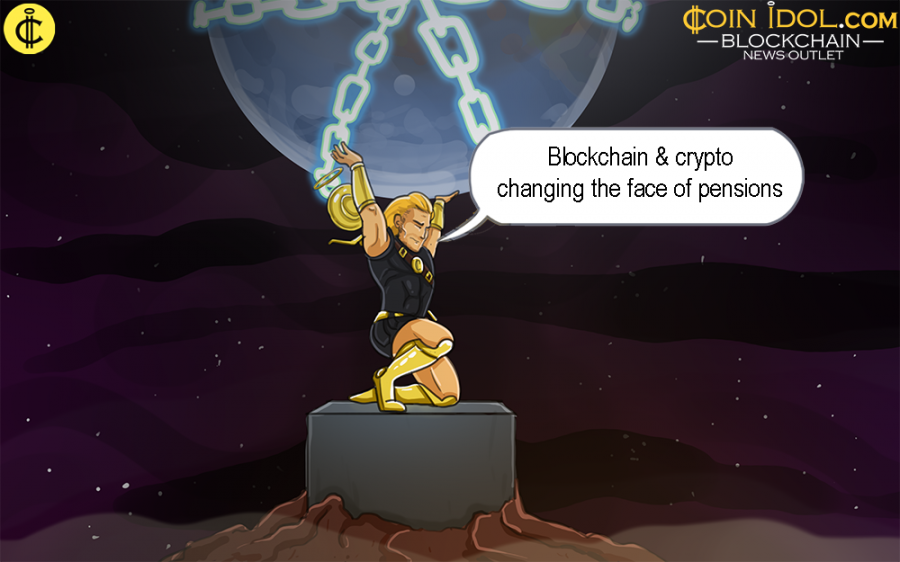 A United States-based firm, Cambridge Associates, a pensions and endowments consultant with more than $388 billion in assets under advisement (AUM), has revealed that institutional investors should start delving into the blockchain and cryptocurrency sector.

Recently, Cambridge Associates released a research note dubbed “Cryptoassets: Venture into the Unknown,” that explained the state of blockchain sector and encouraged users to begin planning on investing and utilizing opportunities in the blockchain industry.

“…in looking across the investment landscape, we see an industry that is developing, not faltering…Although the cryptocurrency industry remains in its infancy, we think institutional investors should begin exploring it…Though these investments entail a high degree of risk, some may very well upend the digital world.”

They highly recommend that less than 1% is invested either directly into cryptocurrencies such as Bitcoin, Ether and Ripple, into initial coin offerings (ICOs) or STOs, or else indirectly into blockchain technology and cryptoasset firms.

“The massive majority of investors have little to no cryptocurrency exposure,” they note. “We presume traditional venture capital funds to upsurge their investments in cryptocurrencies going forward, signifying investor exposure is also likely to increase.”

This move was a giant deal. Cambridge Associates is a bellwether in the advisory domain for investors, and allegedly has around $389 billion of assets under advisement and around $30 billion of AUM.

In a quite detailed statement, they revealed the latent cryptocurrency investment stratagems, stressing institutional investors can’t invest over 20% in non-qualifying investments, that is to say, investments in cryptocurrencies.

“Still, the crypto industry is budding and an allocation of over 1% of a portfolio on a look-through basis does not seem judicious, even for those contented supposing the very high risks involved,” they say.

The U.S.-based 46-years old advisory, founded by James Bailey and Hunter Lewis, has changed its plan after advising institutional investors to refrain from cryptocurrencies during the 2017 bubble:

“In our view, institutional investors are better served focusing on investing in firms looking to profit from the development and adoption of blockchain and fintech more largely than holding cryptoassets directly,” they said in Nov 2017.

They are now indirectly commending a diversification to digital currencies of less than 1% of holdings after ascertaining the cryptoasset industry.

The effort comes after the two pension funds became the first in the U.S to begin investing in digital currencies as well as Canada’s largest pension fund investing directly in Ethereum in 2018.

Cambridge recommends a diversified methodology so as to alleviate risk and upsurge probability that investors acquire experience to the big individual results that traditionally initiate venture returns. For all those investing via a blockchain tech venture capital approach, this simply implies manager diversification.

In detail, Cambridge is proposing investing in a trickle of managers rather than selecting just one, or if not using a fund of funds like Hutt Capital to get into if making a trickle of vows is not suitable for a particular organization.

Tags
Blockchain Cryptocurrency Investing Cambridge Assets Industry Venture capital Capital
Most Popular
Sep 23, 2021 at 13:10
News
El Salvadorans Embrace Bitcoin Despite Problems with the National Wallet
Sep 23, 2021 at 12:16
News
The Central Bank of Ukraine to Pay Salaries in Digital Hryvnia by the End of 2021
Sep 23, 2021 at 10:48
News
Binance Coin is in a Brief Uptrend, Faces Strong Rejection at the $385 Resistance
Sep 23, 2021 at 09:48
News
Bitcoin Struggles to Sustain Above $44,000 as It Reaches Overbought Region
Sep 22, 2021 at 12:12
News
Banks in EMEA Miss Out the Potential of Blockchain, with Only 19% Benefiting from the Technology
More