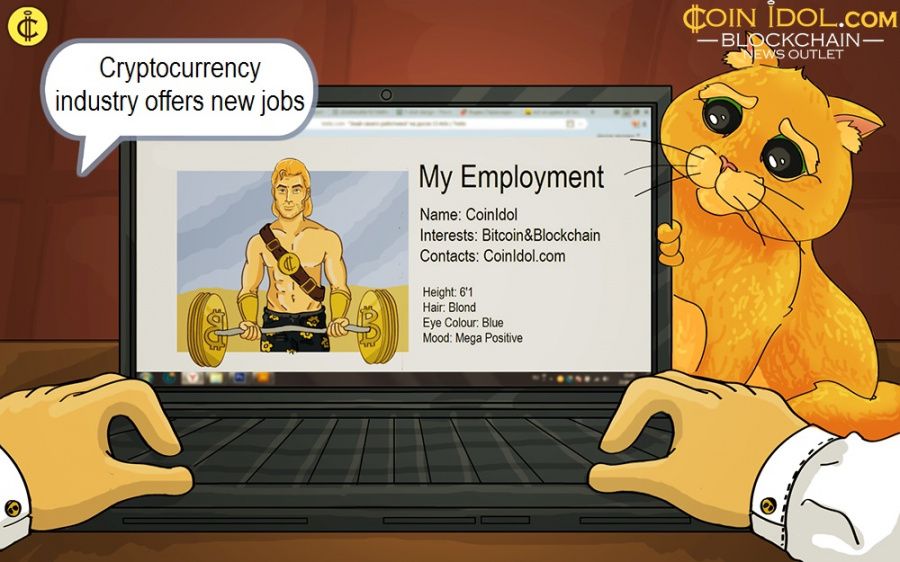 The crypto and blockchain market is attracting more talent at an unprecedented rate during the coronavirus pandemic.

The damage the coronavirus has caused on the global economy since its outbreak has been felt by all the sectors of the economy. In some instances, companies shifted their work online, while in other cases, the companies had to completely shut down.

In the USA, for example, more than 16m jobs were lost in the past three weeks and more still expected to come as the virus brings the national economy to a standstill. Economists say the unemployment rate in the US will reach 15% soon, the highest since World War II.

With the increasing unemployment rates all across the world, the cryptocurrency market is being explored by many unemployed people. There are apparently about 3,000 cryptocurrencies in the world, each of which with its own opportunities. Each of the cryptos within the industry needs an entire team of professionals to keep it “alive”, including developers, programmers etc.

So, unlike most traditional industries, the blockchain and cryptocurrency sector expands its employment opportunities. According to BitcoinKE, Kraken is looking to increase its workforce by 10%. Other giant companies including Coinbase and Binance are also offering additional jobs. For instance, in late March, Coinbase advertised more than 100 new jobs in the USA, Europe and Asia.

Due to the surge in the number of currencies and exchanges, the scope of the human resources in the industry has expanded. Different companies have different structures and of course, size, hence, the number of positions there can be in a company varies.

Surely, the list of qualifications necessary in the industry is a little bit different from that of the traditional business. However, it is a good chance for people willing to stay afloat during this pandemic to try something new and improve one's skills. It seems the trend has started even before the pandemic forced people to isolate themselves at their homes. A LinkedIn survey released in February has shown that blockchain skill was going to be the most requested skill in 2020.

According to Indeed, job vacancies in the cryptocurrency market include cryptocurrency analyst, community manager, business developer, contract developer, financial analyst, writer, researcher, and more. On the bright side of a job in the industry is the chance to work remotely from home. As coinidol.com, a world blockchain news outlet has reported, most cryptocurrency companies had to close their offices due to the quarantine. However, most of their employees have preserved their jobs and shifted to working online.

The revitalized interest of the world in the cryptocurrency industry plays an important role in reshaping digital currencies and blockchain technology development. First, it will create public awareness of crypto concepts to the masses, second, it could attract the attention of policymakers and lead to the formulation of policies that favour the industry, and eventually, the growth of the industry would be inevitable with increasing awareness and acceptance.

Tags
Blockchain Coronavirus Industry Cryptocurrency Jobs Market Companies Economy Coinbase
Most Popular
Nov 21, 2022 at 14:00
News
Creditors of the FTX Exchange May Wait for Decades Before Getting Their Money Back
Nov 21, 2022 at 12:52
Price
Weekly Analysis of the Cryptocurrency Market: Altcoins Consolidate as They Revisit the Bottom Price Levels
Nov 21, 2022 at 11:58
Price
Bitcoin Hovers above the $16,000 Support as Sellers Threaten to Short
Nov 20, 2022 at 11:11
Price
Chainlink Hovers above $6.00 as Bears Target the $5.77 Low
Nov 20, 2022 at 09:49
Price
Dogecoin Consolidates Above $0.08 as Buyers and Sellers Reach Indecision
More