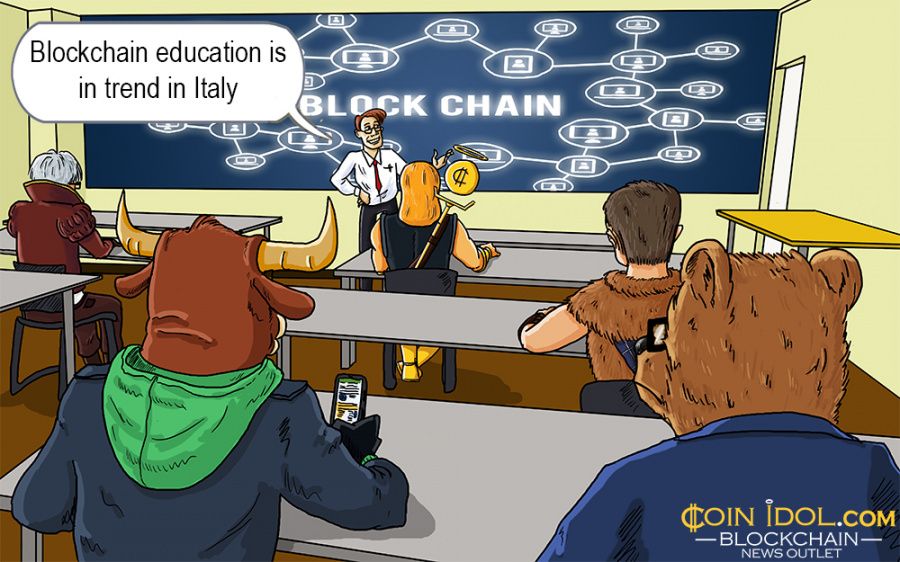 University courses related to technological innovations including blockchain are on the increase in Europe. Now, a new master is arriving in central Italy, which is the first master's degree in blockchain, distributed ledger technology (DLT) and cryptocurrency, and is comprehended in collaboration with the Gabriele D'Annunzio University of Chieti-Pescara, the Champion of Innovations event promoted by the Chieti-Pescara Confindustria and a team of domestic firms.

The actors of the Abruzzo economy are working hard to achieve a master's degree in blockchain economy with the aim of actively stimulating the local economy.

The lawyer Paolo Nardella, President of the Blockchain Italy Professional Association and professor at the Master Blockchain Economy revealed that DLT is needed now more than ever. However, the Italian economy is made up mostly of micro and small businesses that are unlikely to implement this technology immediately, but it is also here that tomorrow's professionals can and must train.

On Wednesday November 20, 2019, at the D'Annunzio University, together with the university student association, the promoters of the Blockchain Economy masters will publicly present the course to all the interested parties including students.

This is just one of the several projects started from the Bel Paese and it targets education in the arena of blockchain technology.

Recently, the DLT course supported by PDC Academy will be organized in Venice with many brilliant professors, lawyers and others. They will help students to join the arena of work as the institution is sending the programs of its students to numerous Italian and non-Italian firms, and several of them have already started working.

Furthermore, in the capital Rome there is an important event of Blockchain Week Rome that organizes blockchain and DLT academic programs and whose next promotion is scheduled for March next year.

Tags
Blockchain Italy University Innovation Technology Event Collaboration Cryptocurrency Europe
Most Popular
Oct 05, 2022 at 12:09
Price
Cardano Continues Its Range-Bound Movement As It Faces Further Rejection
Oct 05, 2022 at 09:57
Price
Ripple Holds Above $0.43 As It Struggles Below Resistance At $0.55
Oct 04, 2022 at 09:16
Price
Litecoin Breaks Through Resistance At $54 And Sets Its Sights On The High At $64
Oct 03, 2022 at 16:13
Price
Ethereum Approaches Oversold Region And Targets The Low At $1,098
Oct 03, 2022 at 15:05
Price
Chainlink Price Declines Significantly As It Faces Rejection
More