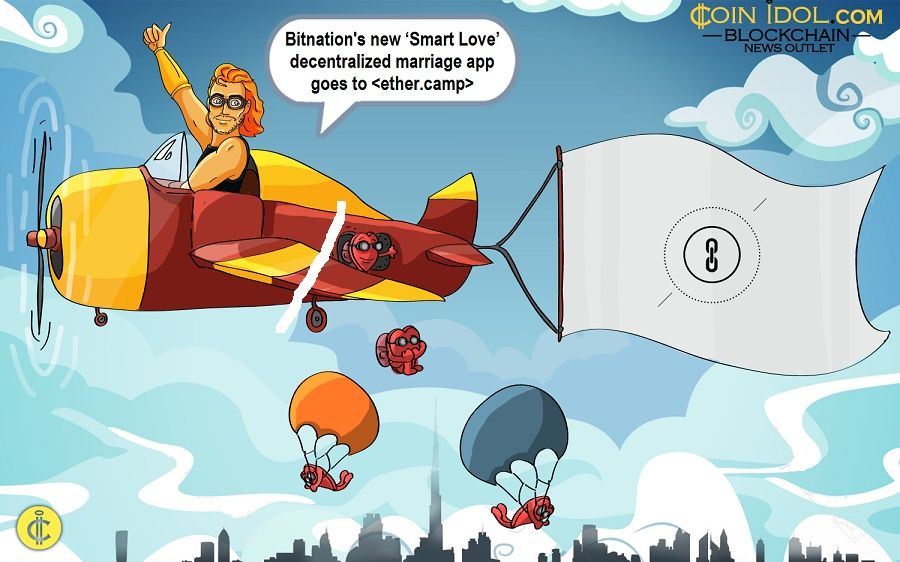 According to the announcement, Bitnation selected a peer-to-peer and end-to-end encrypted communication protocol called Secure Scuttlebutt, which communicates with the Ethereum Blockchain to create and execute Smart Contracts.

Smart Love is both the first end user application for Pangea, Bitnation’s Decentralized Blockchain Jurisdiction, as well as some of the building blocks for Bitnation’s polylegal dispute resolution platform, and  an ideal <ether.camp> hackathon project.

Smart Love, as with all useful marriage agreements, will establish moderate barriers to entry and tough barriers to exit, and incorporate the legal code, arbitrators and enforcement mechanism of your choice. It is designed to link to a broad ecosystem of other agreements, for example, child care, the sharing of assets, and inheritances.

Susanne Tarkowski Tempelhof, Bitnation Founder, who has also married her husband James Fennell Tempelhof on the blockchain in March 2016, commented:

“Smart Love is the sandbox in which we can experiment with our technology to create a useful application from which we can build the entire Pangea ecosystem: an Emoji-enabled, decentralised and encrypted chat application on which Bitnation Citizens can create and enter into robust legal contracts and resolve disputes with anyone else in the world, without any 3rd party intervention.”