BitGrail Owner to Compensate Investors who Fell Victim to Hack 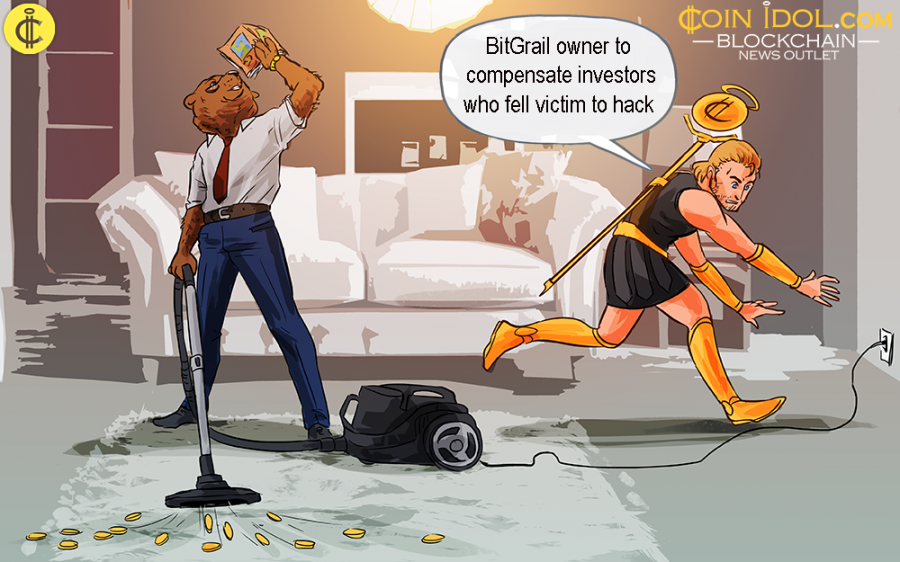 The bankruptcy court in Florence, Italy has demanded Francesco Firano, the owner of Italian cryptocurrency exchange BitGrail, to quickly repay losses incurred by users during a hack that saw around $170 million worth of Nano (XRB) crypto stolen.

The BitGrail Victims Group (BGVG) published unconfirmed scans of the court papers on Medium as well as the explanation of the decision by the court.

The BGVG elaborated that the Italian court ordered both BitGrail and its owner Francesco to declare bankruptcy and sanctioned the seizing of Francesco’s personal assets. As yet, the responsible authorities have seized more than $1 million USD in personal assets from Francesco and other funds in cryptos from the accounts of BitGrail exchange.

The bankruptcy proceedings uncovered new information about the BitGrail hack. Sometime back, it was alleged that the exchange lost around 17 million in Nano during the month of February last year. Nevertheless, as per the BGVG post, around 2.5 million Nano were stolen during the first hack in July 2017 from the exchange. In the month of October 2017, an extra 7.5 million Nano were also maliciously stolen.

The theft was not reported to any authority by Francesco until February last year when Firano declared that 17 million Nano had been illicitly withdrawn. The scanned court paper released by the BGVG note that, to steal the Nano, the hacker had used a "vulnerability of the XRB software; and the developers admit the software faults, after initially traversing them."

In April last year, bankruptcy petitions were legally filed in court on behalf of all victims. BGVG said that Francesco argued that the digital currency deposits made on the exchange were ‘regular’ deposits, implying that the user’s deposit may not be utilised by an individual of the firm it is deposited with the depository, so that when the user demands for the products back, they are given those exact products they initially deposited. Francesco avowed that BitGrail was a service and he had no authority to freely use the deposited and situated currencies.

The court, however, ruled that the deposits carried out on the exchange were ‘irregular,’ implying that a depository can use the user’s deposit, making the depository accountable for the return of a tantamount sum back to the user in the occasion of a loss. The court docs note:

"The cryptoassets were kept in 'hot wallets' …. where they were store at the disposal of the exchange that managed their withdrawals or the purchases and sales between various cryptoassets. These portfolios were solely managed via the exchange code or by those who held the private keys of the wallets (Francesco Firano & his partner Andrea Davoli)."

While this may bring temporary relief to victims in the exchange’s hack, XRB’s days in court are not yet over. Earlier in January 2019, the law companies Silver Miller and Levi & Korsinsky officially filed a class actions lawsuit acting for users against BitGrail. The suit’s complainants are demanding that XRB ‘rescue fork’ the missing Nano by rewriting the crypto’s code & rejuvenating ownership to the users.

In April last year, a similar lawsuit claimed that XRB had violated and profaned securities laws, with complainants demanding that XRB hardfork its network such that it can regenerate and restore users’ funds. The case, however, was voluntarily thrown out in October last year.

Tags
Hack Nano Exchange Million Italy Cryptocurrency USD Market Production
Most Popular
Aug 10, 2022 at 11:50
Price
Bitcoin Cash Bulls Stall Decline as They Face another Rejection at $134
Aug 10, 2022 at 10:50
Price
Weekly Cryptocurrency Market Analysis: Altcoins Retest and Challenge Overhead Resistance Levels
Aug 10, 2022 at 09:48
Price
Cardano Declines as It Struggles to Hold above $0.50
Aug 09, 2022 at 12:40
Price
Litecoin Fluctuates in a Tight Range as it Faces Rejection at $64
Aug 09, 2022 at 11:39
News
Around $2 Billion was Stolen in Cross-Chain Bridge Hacks in 2022; Half of the Funds Went to North Koreans
More