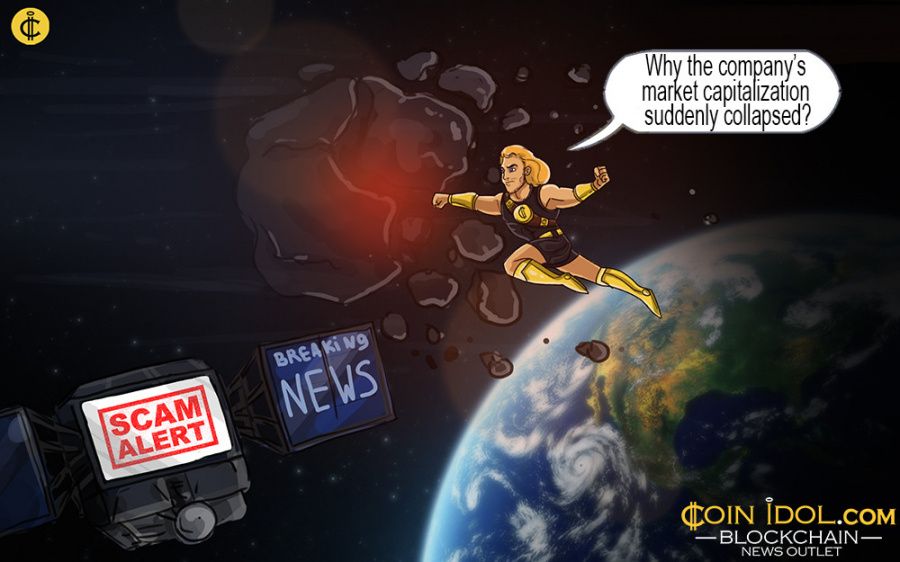 Bitconnect was founded in 2016 as a very promising project with its own cryptocurrency BCC. However, since November 1, the company’s market capitalization suddenly collapsed from $2 billion to $0.5 billion. In a Twitter post, Vitalik Buterin, the founder of Ethereum called the project a Ponzi scheme. If we look closer, his statement seems to have all chances of being truth. Is Bitconnect indeed nothing more than a pyramid and a Ponzi scheme?

"Bitconnect is an open source, peer-to-peer, community-driven decentralized cryptocurrency that allow people to store and invest their wealth in a non-government controlled currency, and even earn a substantial interest on investment. This means anyone holding BitConnect Coin in their wallet will receive interest on their balance in return for helping maintain security of the network".

However, such a bright description didn’t fool some of the experts. For example, CoinCodex decided to distance itself from this project, delist BCC from the top 100 listings and issue a warning on the coin overview page.

Their Head of the content division, Marko Štokelj, stated to Coinidol:

“Bitconnect employs a number of dubious methods in order to operate and promote its business. The business model outlined by the company is economically unsustainable with the current level of returns unable to be validated by any legally known investment system. As already stated, the Bitconnect project also generates a large amount of negative feedback from within the cryptocurrency community with accusations that the project is actually a “scam” or “Ponzi scheme” being actively discussed.”

The discussion on Bitconnect was spurred on by the comment of Vitalik Buterin on Twitter stating “if 1%/day is what they offer then that's a ponzi.” Other cryptocurrency enthusiasts compared Bitconnect to another Bitcoin lending investment alternative, Bitpetite. Actually, it was successfully running until recently. However, the company suddenly went dark along with all the investors’ money.

Yeah, if 1%/day is what they offer then that's a ponzi.

However, further research into its work and promises indeed revealed Bitconnect is looking like a scam - a hybrid of a financial pyramid and a Ponzi-scheme. The most obvious thing is that it sounds too good to be true. The company offers high interests. For example, for $10,000+ of investment, you are promised to get a 0.25% daily interest, which means 91.25% of annual return. Sounds good, if not to say fantastic. Moreover, they promise to grant you a 480% bonus per year.

Seems odd enough, especially considering that they have actually lost $1.5 billion of their market capitalization since November 1, 2017, although the price of their coin decreased by only 1%. Their coin has also fallen from 8th to 15th position on CoinMarketCap. 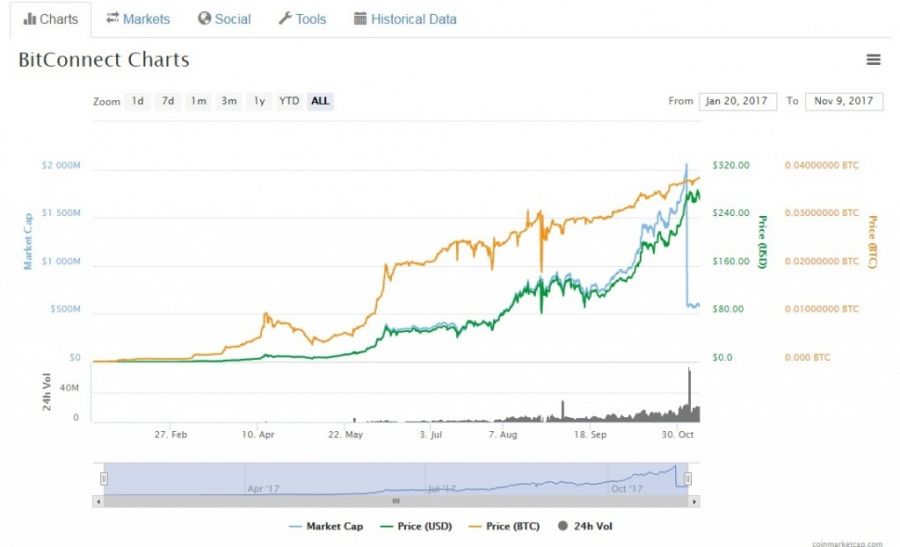 Probably, from referrals you should bring. The mere fact of a referral system should make you investigate the company very closely. That referral thing is typical of all kinds of pyramids, MLM and ponzi-schemes. Remember MMM? They promised mountains and marvels for bringing people in as well. How did it end? No need to mention.

If you take a closer look at the Bitconnect website, you will probably notice many language errors. Reputable and reliable companies do their best to avoid this as it may spoil the user experience. Even if the founders are not native speakers, they usually hire an employee to perform spelling checks.

According to Steemit, “scammers don't want the employees to be able to identify them after they disappear with the money, and besides, they want to reduce the costs as much as possible until they shut down the site.”

Satao Nakamoto is referred to as Head of Development. Seriously? Did they really think people won’t notice that obvious resemblance with the name of Satoshi Nakamoto, the father of Bitcoin? Well, it could indeed be a coincidence. Though such a coincidence is hard to believe.

Especially considering the fact that their address is a shared office space that provides virtual offices, and their website is hosted in Belize.

When you investigate the company deeper, you will discover it is impossible to find real people working at the company. It is even unclear who that Satao Nakamoto is. Of course, it is not surprising in the crypto industry, where many people use nicknames to disguise their personalities for their own reasons.

Most of them are reliable and honest people, with whom it is pleasant to do business. Unfortunately, such a practice sets ground for various kinds of scammers striving to get away with your money. Don’t let them do that. Investigate before investing.