Over 10,000 Bitcoin Users Get Warning Letters From IRS 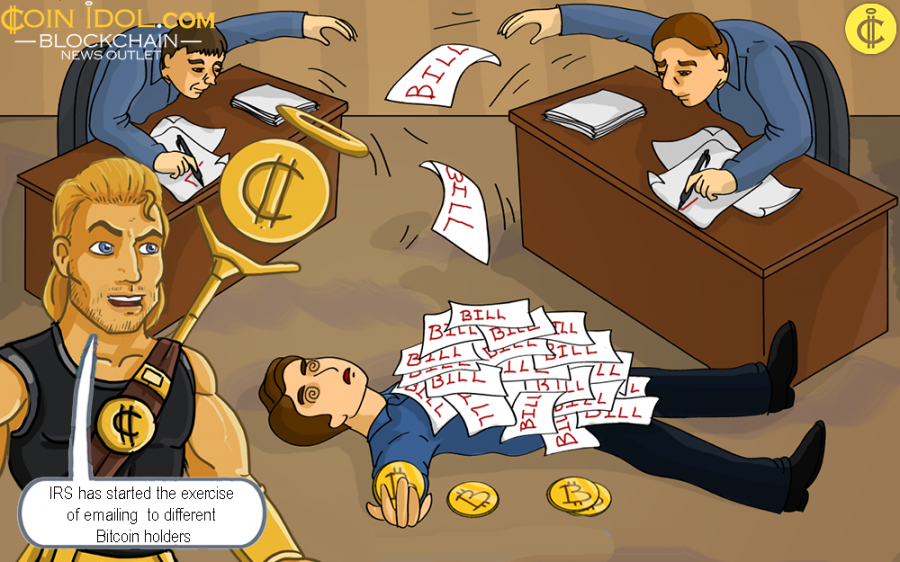 The US federal government revenue service, the Internal Revenue Service (IRS), has started the exercise of emailing around 10,000 letters to different Bitcoin and cryptoasset holders that have maybe failed to pay or report taxes and income on digital asset transactions. They are trying to warn them to act in accordance with the federal tax laws, The WSJ reports.

The Service Commissioner Chuck Rettig told the taxpayers that they should consider these letters which have been sent to them extremely serious and make sure that the review their tax filings and if possible, change previous returns and pay back the accrued taxes, accumulated interest and other penalty charges.

It is now around one week IRS doing this work, however, the task will continue until the end of next month (August). As per the Service, all taxpayers will get educational letters that will help them to fully learn their tax and filing obligations and also learn how to properly correct past miscalculations.

Taxpayers Should Respect the Law

There is a certain type of letter that demands these taxpayers fully sign a statement under penalty of perjury, which shows that they have complied with existing tax regulations.

With the help of federal court order, IRS has gathered the necessary info from different cryptocurrency exchanges including Coinbase. The exchange has managed to give out the data of around 1350 accounts belonging to its users. However, Ron Wyden, the spokesperson of IRS has refused to reveal if the letters are in any way connected to that info that was submitted to the agency way back in March last year.

These letters are among the grander IRS effort to inform and teach all taxpayers on their duties and errands in case they go by using Bitcoin and other popular cryptocurrencies. The revenue service agency declared a Cryptocurrency Compliance strategy aiming at teaching taxpayers how to conduct tax filings on Bitcoin and other cryptocurrencies back in 2018. IRS is willing to reveal publicly all criminal tax-evasion cases which are involving digital assets, according to Don Fort, the criminal investigations chief at IRS.

The USA President Donald Trump recently criticized the volatility nature of cryptoasset including Bitcoin. He said that he is not a fan of BTC and any altcoin, claiming that these unregulated form of digital money can facilitate illicit behavior such as drug trade, money laundering, terrorism financing and others. However, the US Senate and other authorities including the Securities and Exchanges Commission (SEC) are in the process of regulating and transforming this developing lucrative industry.