Bitcoin SV Faces Selling Pressure Throughout 2020; 2021 Is Expected to Bring a Price Increase 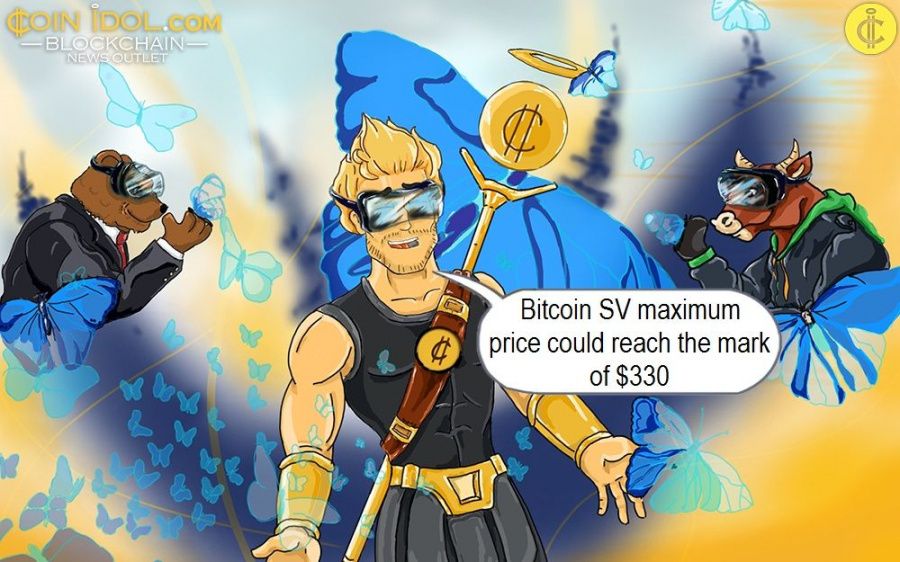 Bitcoin SV has been trading in a bear market for most of 2020. After a prolonged bearish market in the previous year, January 2020 started in upside momentum.

The bulls bought the dips from the previous low of $77 in December 2019. In January, BSV rebounded as the coin rallied to $458.74 high. In January, the bulls failed to sustain the uptrend because of overwhelming selling pressure. The January Candlestick indicated a long wick pointing upward.

The wick indicated that there was selling pressure at the higher price level. Consequently, in February and March, the crypto had a breakdown as the coin reached a low of $82. Simultaneously, the price corrected upward in April to reach the high of $228.54. Thereafter, the BSV price commenced a downward move. From April 2020, the price was making a series of lower highs and lower lows. Today, BSV has fallen to $165 at the time of writing.

The price bars were testing the downtrend line during the year but failed to break the resistance line. When the price breaks the downtrend line and closes above it, it is assumed the bearish trend is terminated. In other words, there will be a change in trend. 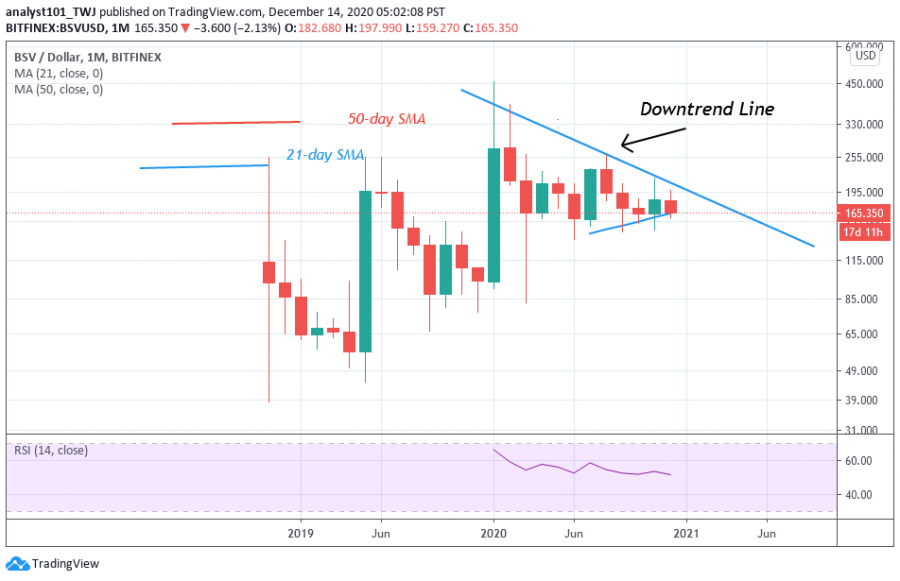 After the price rally in January, February, and March, the coin resumed a sideways move. The 21-day and 50-day SMAs are sloping horizontally indicating a range-bound movement of the coin. The price action is indicating the clustering of small body candlesticks between September and December. It indicates that buyers and sellers are undecided about the direction of the market. 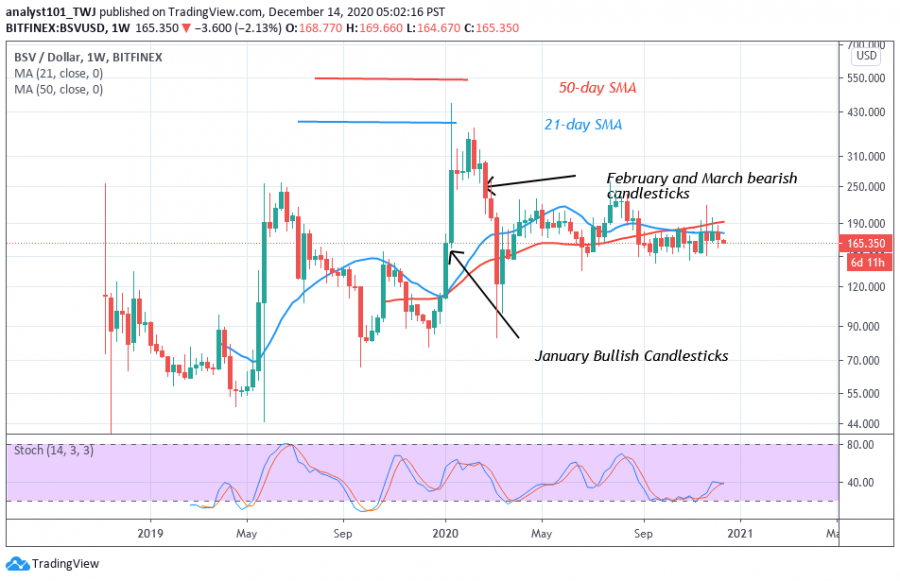 Bitcoin SV project is to preserve the essence of the original Bitcoin written out by Satoshi Nakomoto in Bitcoin’s white paper. SV stands for “Satoshi Vision”. The coin is based on the wallet investor forecast System; Bitcoin SV is a long-term investment. As the year comes to an end, BSV is likely to close with a price of $265. In the next 12 months, the BSV coin’s maximum price could reach the mark of $330.