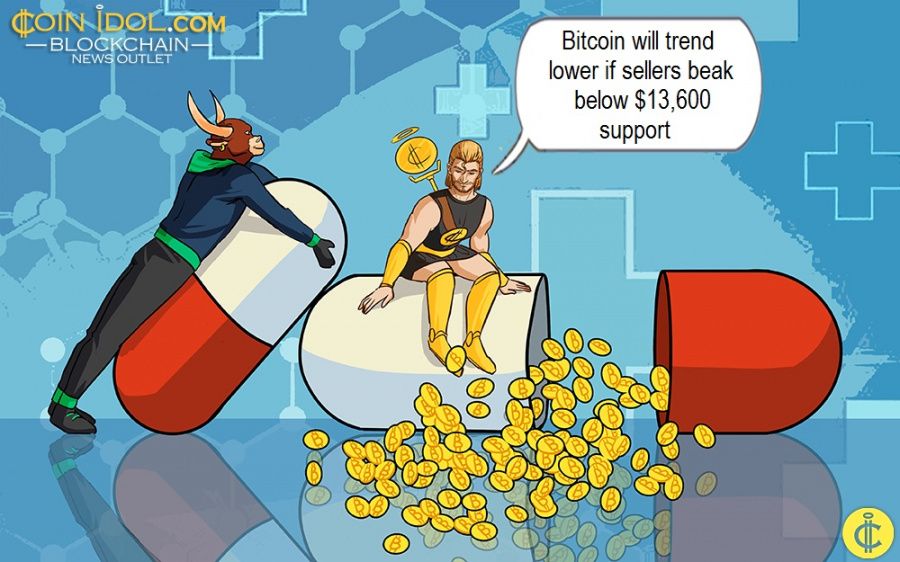 Bitcoin (BTC) is in a sideways move below $14,000 after the bulls fail to break the $14,000 resistance. On October 31, Bitcoin in its current price surge reached a high of $14,055 but buyers failed to sustain the bullish momentum.

The bulls have been defending the current support while making attempts to break the resistance. BTC will trend lower if sellers break below the $13,600 support. A breakdown will result in price reaching the low at $13,000 and the subsequent drop to $12,800. On the upside, the $14,000 resistance can be broken, if the coin rebounds above $13,800 support and momentum is sustained. Meanwhile, the sideways movement of the crypto will continue, if the range-bound levels remain unbroken. 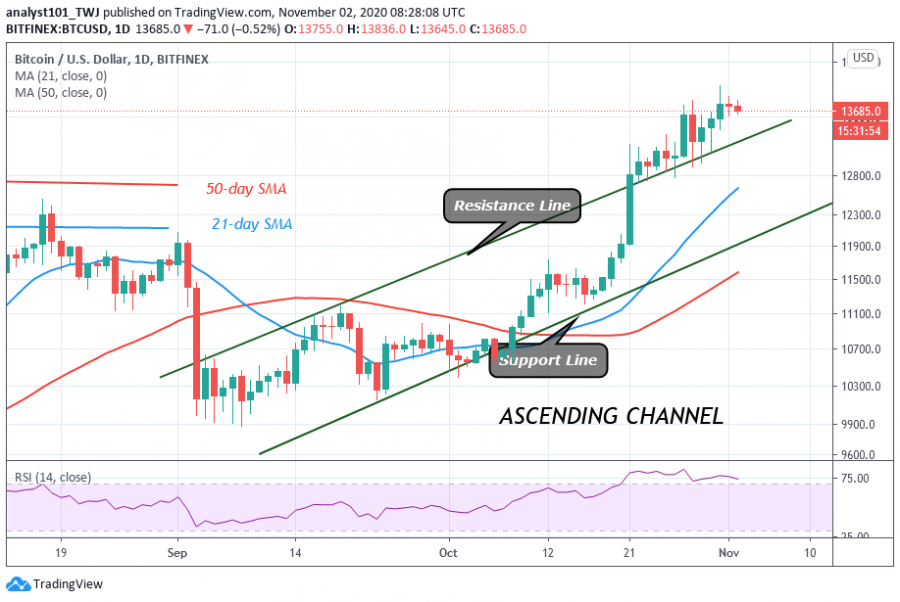 From the price action, BTC is in a sideways move and was resisted at the $14,055 high. On October 31 uptrend, the last retraced candle body tested the 38.2% Fibonacci retracement level. This indicates that the market will reach a high of 2.618 Fibonacci extensions. That is BTC will reach the $15,078.20 high. 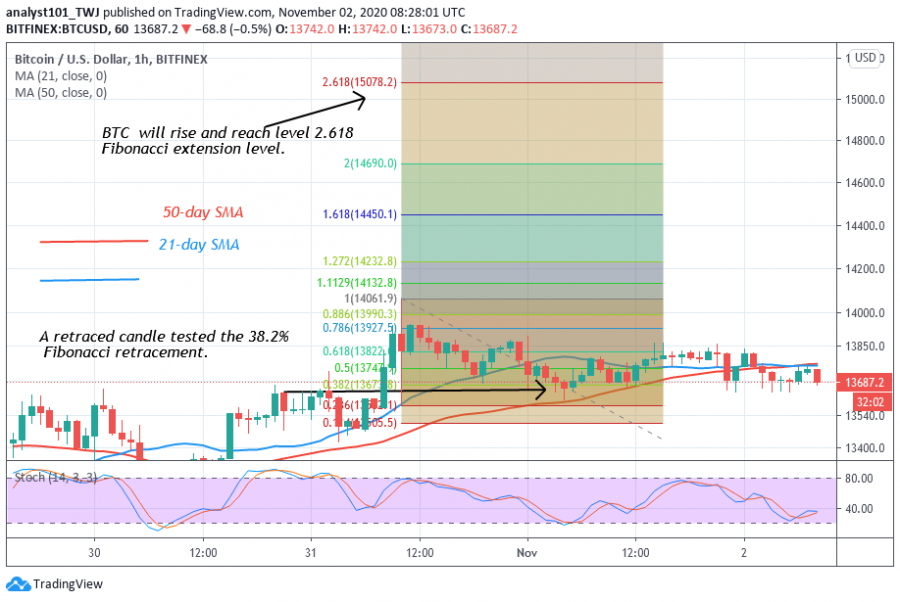