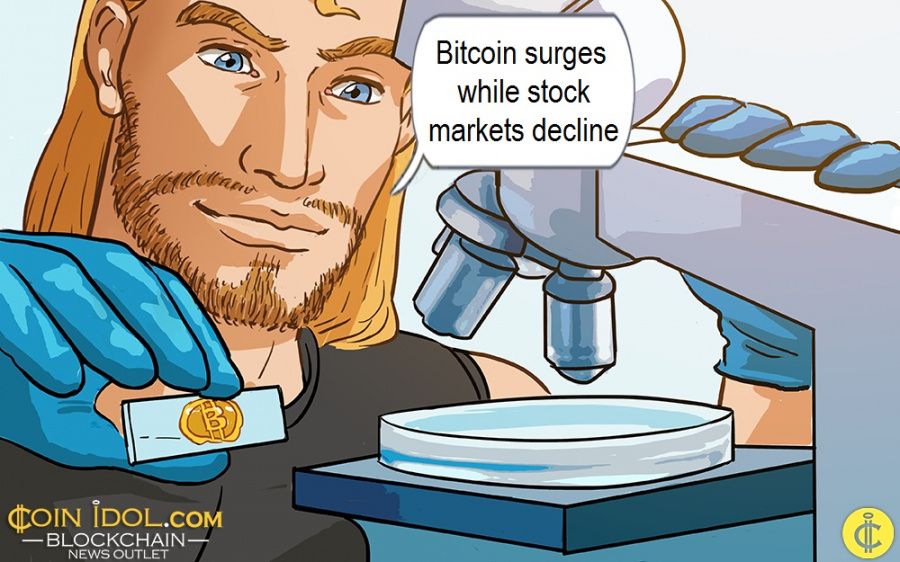 Bitcoin surged to hit over $7,500. It is now trading at up to $7,546 at several cryptocurrency exchanges such as Upbit, Binance, KuCoin, Bithumb, and others. On the other hand, stock markets have been on the decline as institutional selling and coronavirus treatment development failed to prove. 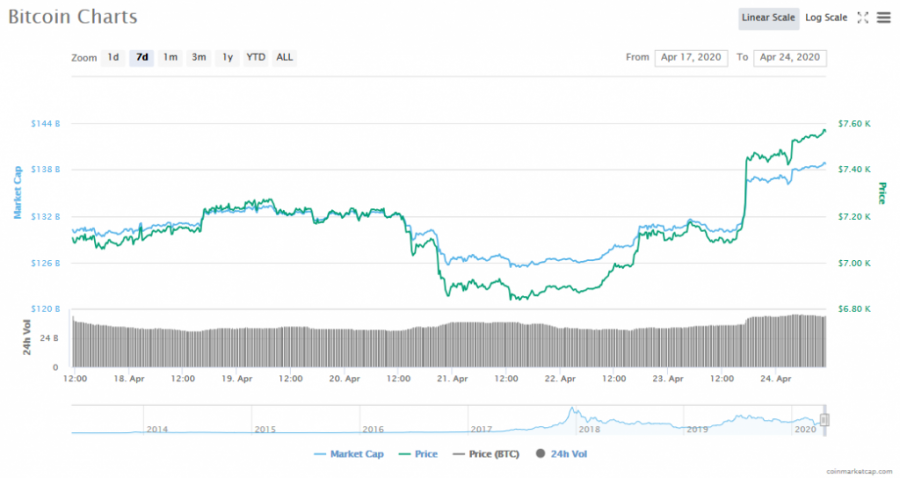 In response, Meni Rosenfeld, Chairman of the Israeli Bitcoin Association, said that if the Bitcoin fee is too low, miners' funding will be insufficient, and if it is too high, BTC will be less useful. Generally, the Bitcoin fee growth rate is low, which can be a positive sign (of the price increase), but if it gets too high, you need to seriously consider the new solution.

As BTC is on the rise, the index of the S&P 500, and other benchmark indices have been declining, as NewsBTC reports. This somehow supports the claim that cryptocurrency is a safe asset. Nevertheless, adding that Bitcoin has soared over 100% since March 12 (which was Black Thursday) until today, added that bulls are responding drastically to the recent gain in selling prices.

This is a very unusual phenomenon compared to the strong correlation between Bitcoin and the stock market. Bitcoin has been in the spotlight thanks to the recent decline in crude oil prices and the weakening of gold prices. As the global Stock Market became unstable, fresh venture capitalists flocked to BTC and that would further escalate Bitcoin's growth.