Bitcoin Has Experienced A Rapid Increase In Value, Trading Above $7,500 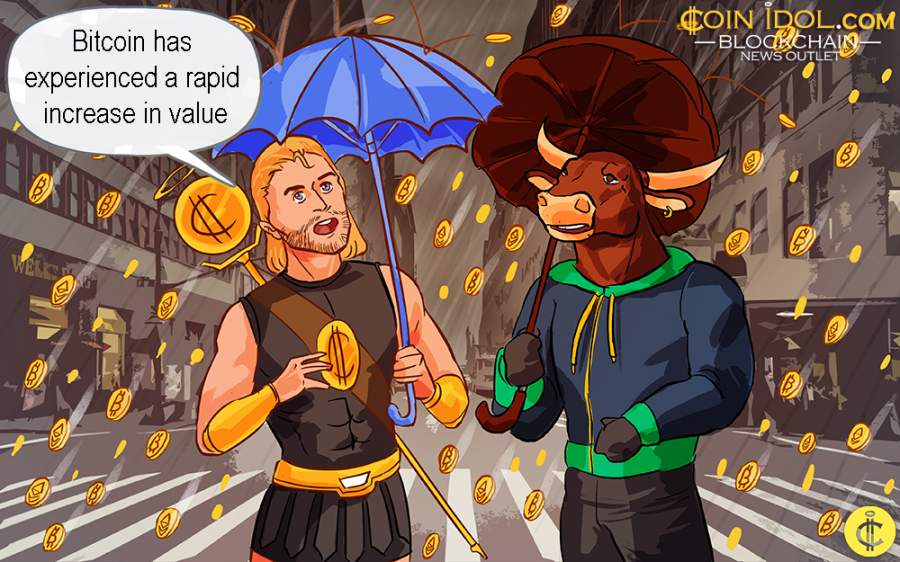 BTC suddenly jumped to a mark of $7,500 for the first time during the last 30 days of stagnation in the cryptocurrency market. Now the cryptocurrency is changing hands at $7,419, while ethereum fell to $471 and ripple went down to $0.48.

Bitcoin crossed the resistance point of $6,838 on Tuesday, showing a strong stand. That means the trend became a short-term bearish-to-bullish. So, growth to $7,900 is highly possible to happen given the attitudes on the financial market.

What Is The Reason For A Spontaneous Rise?

Many experts associate the sudden rise in BTC with a series of important approvals from the well-known representatives of the financial world. This week, Goldman Sachs announced that David Solomon will replace Lloyd Blankfein as CEO. Solomon is known to have a more positive attitude towards cryptocurrency and fintech trends.

Along with this, the giant hedge fund management company BlackRock quietly built a working group to study the use of bitcoin and blockchain on the market. The news was particularly surprising given that Larry Fink, Chairman and CEO of BlackRock, has long been a critic of the virtual coin.

“We are looking at it and as I have said in the past, we are very excited about blockchain technology,” Fink has recently claimed.

Along with this, the international financial observer, the Financial Stability Board (FSB) yesterday published a report in which bitcoin and altcoins were established, as those, that currently do not pose a significant risk to the global financial system.

The picture above represents an increase in BTC price from almost 100-day moving average (MA) to $7,613. However, the bias is regarded to be bullish because the digital currency has found acceptance slightly above the 50-day MA. Moreover, the relative strength index (RSI) has taken a bullish bias as well (above 50,00).

So far, it can be expected that bitcoin will continue growing to $7,900–$8,000 in the short-run. It would mean that reentry in the pennant pattern went successfully.

However, the bullish view can be terminated, if a daily close stops at the level below $6,839 (inverse head-and-shoulders neckline). If a close stops below $6,080, it would pose a risk of a decrease in value to $5,755.

Tony Dremlyuga, Chief Strategy Officer at IDM - a data storage offering unmatched level of security and ease of integration at an affordable price - commented to Coinidol:

“In the short term the rising uptrend is not likely, yet from the mid- to long perspective such an interest from large institutional investors along with financial executives all over the world might indicate a new growth cycle beginning to unfold.

The higher bitcoin hits the next few weeks, the denser media and community pressure it will have to overcome. $40 000 BTC by the end of 2018 is quite a possibility, but the path to it will be the path of technological and ideological maturation, mass adoption as the consequence of international acceptance - in the contrast to reckless 2017 hype and fomo.”