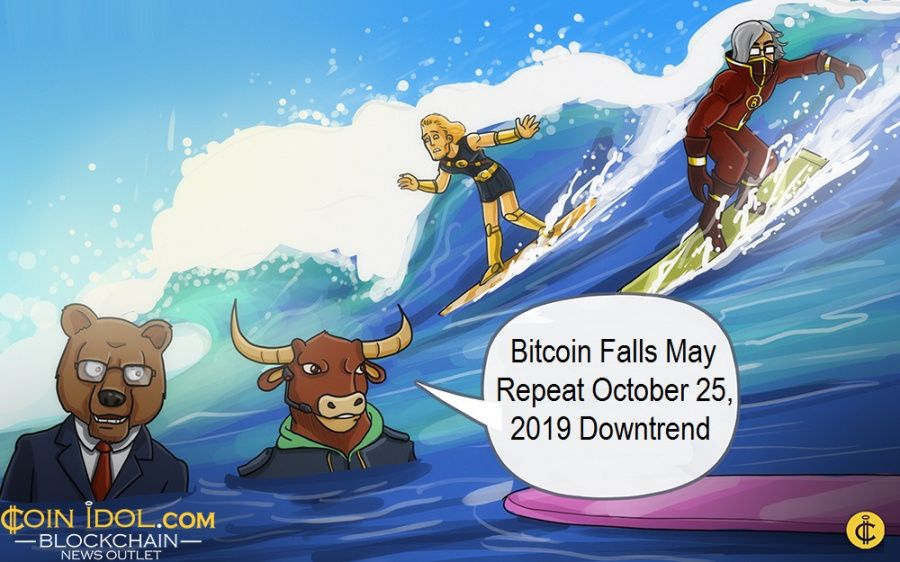 Today, Bitcoin is currently facing price rejection at the $10,000 resistance. Bitcoin has a price breakdown that resulted in the $9,290 low on February 19. The bulls embarked on another move to revisit or retest the $10,400 overhead resistance. The upward move was short-lived as the bulls were repelled at the $10,000 minor resistance.

It is doubtful for the bulls to push above the $10,400 overhead resistance after several unsuccessful attempts. In retrospect, a price rally on October 25, 2019, was repelled at the $10,000 resistance. Bitcoin was compelled to a sideways move for two weeks. After the expiration of the sideways move, BTC slumped to $7,000 low. At the moment, Bitcoin is falling after price rejection.

Bitcoin is at present trading at level 52 of the RSI period 14. That means BTC is in the uptrend zone where the market can resume its upward move. Bitcoin is also above the centerline 50. At the moment, the price is falling as the bulls fail to break above the support line of the channel. This indicates that the upward move is doubtful. 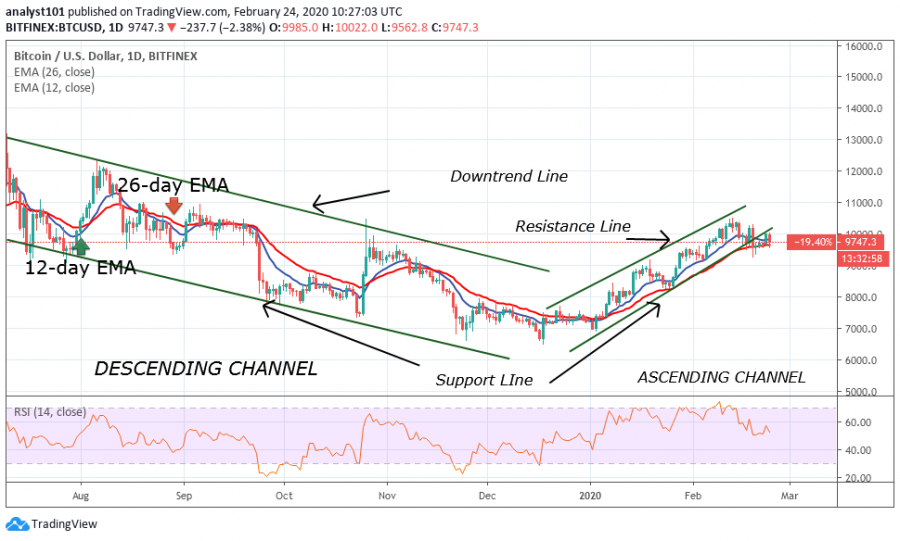 Bitcoin is falling after the resistance at $10,000. The price has dropped to a low of $9,724 at the time of writing. Nonetheless, a further drop below $9,400 will deepen the downward move. Bitcoin can also be compelled to a downward move if the bears break below the EMAs.