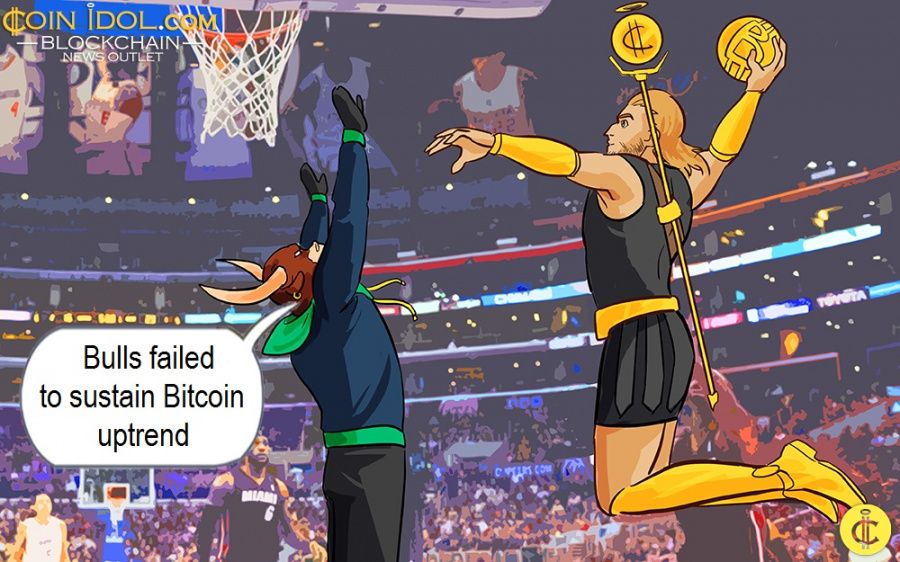 Bitcoin's recent uptrend was hampered due to stiff resistance at the $9,200 price level. In its first bullish run, the market reached a high of $9,400.

The bulls could not sustain the uptrend because of stiff resistance at $9,200. Besides, the coin reached the overbought region and it dropped to $8,400 low. Yesterday, buyers pushed prices above the $9,000 resistance for the second time. 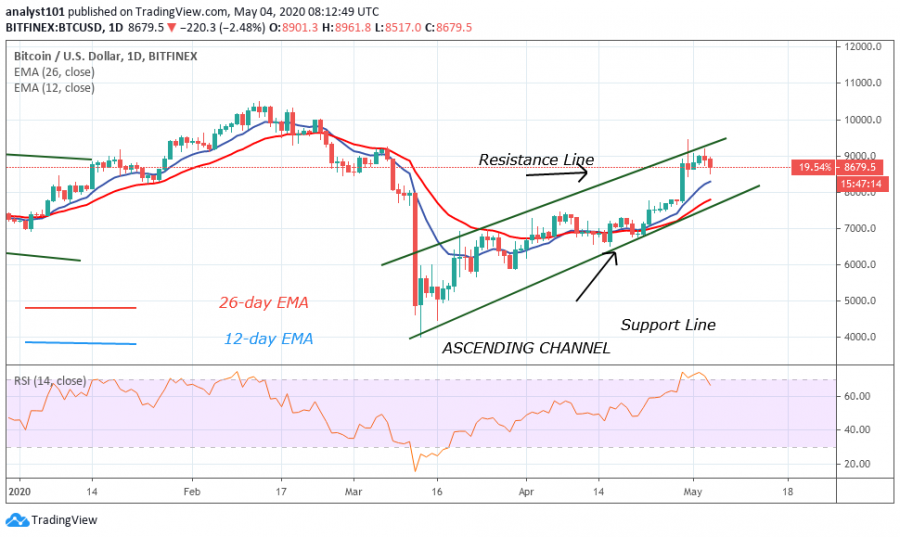 Bitcoin has fallen below the $9,000 resistance. The bulls failed to sustain the upward move because of severe resistance at $9,200 resistance. Possibly, a rebound above $8,800 will break through the resistance of $9,000 and $9,200. However, the downward move may resume if the bears break below $8,600 support.