How Bitcoin & Cryptos Performed in March and Q1 of 2019 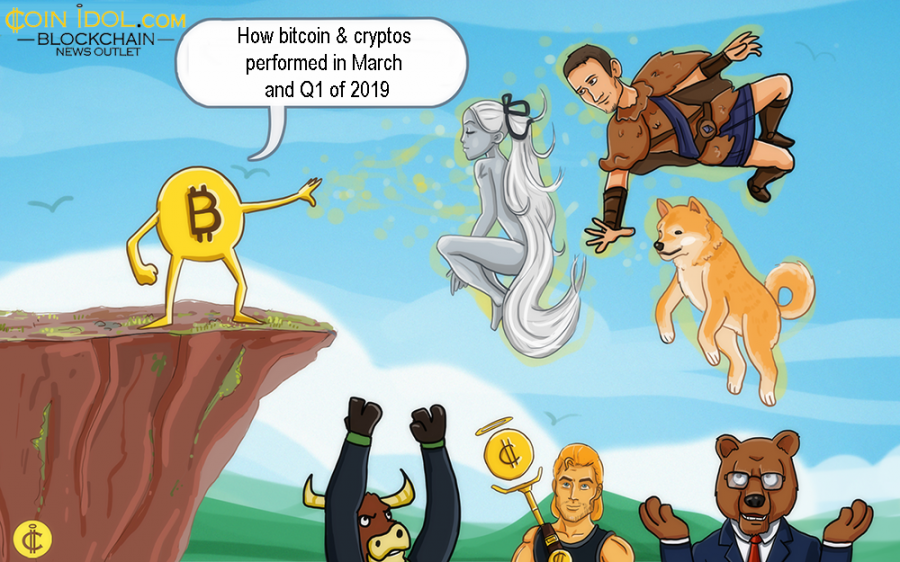 Last month (March, 2019) brought some hope and confidence to the crypto community after a protracted bear market, with some digital currencies including Bitcoin (BTC), Ethereum (ETH), Ripple (XRP), Binance Coin (BNB) and others, recording notable performances. All the top 10 cryptocurrencies by market capitalization (MC) are in green, also allowing for exclusion of the stablecoin.

March ended with only one loser “Bitcoin Satoshi Vision (BSV)” among all the leading 50 cryptos by MC.

The only two coins (Tron and Stellar Lumens[XLM]) that were in red in February also managed to close the month of March in green. Bitcoin, the flagship crypto, has gained in value for two months consecutively. 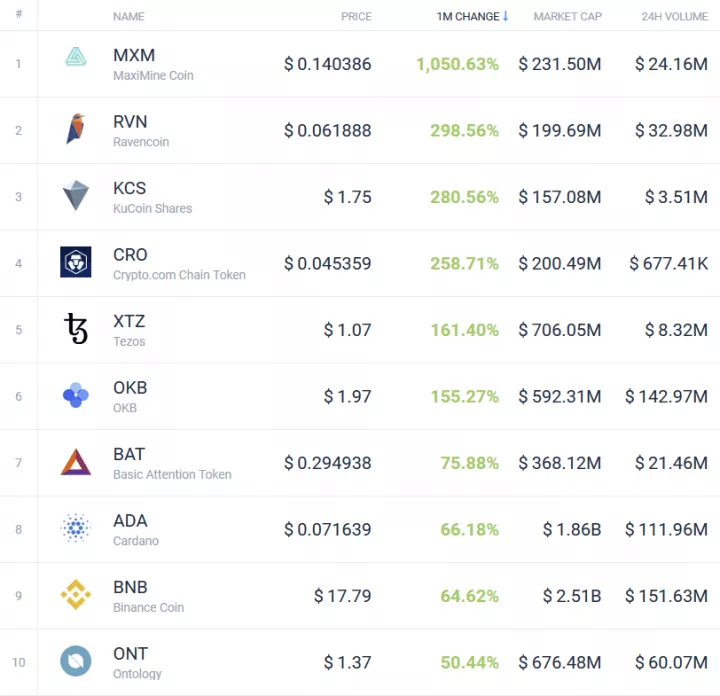 According to data from CoinMarketCap (CMC), the best performer of March was Maximine Coin (MXM), which hit a monthly price increase of around 1,050%. At press time, the coin is in the 30th rank by MC.

The second and third best winners were Ravencoin (RVN) and KuCoin (KCS) which grew by around 300% and 280% respectively.

However, at the bottom of the list of the best performers, there is a crypto known as Ontology (ONT), which has increased by more than 50%. 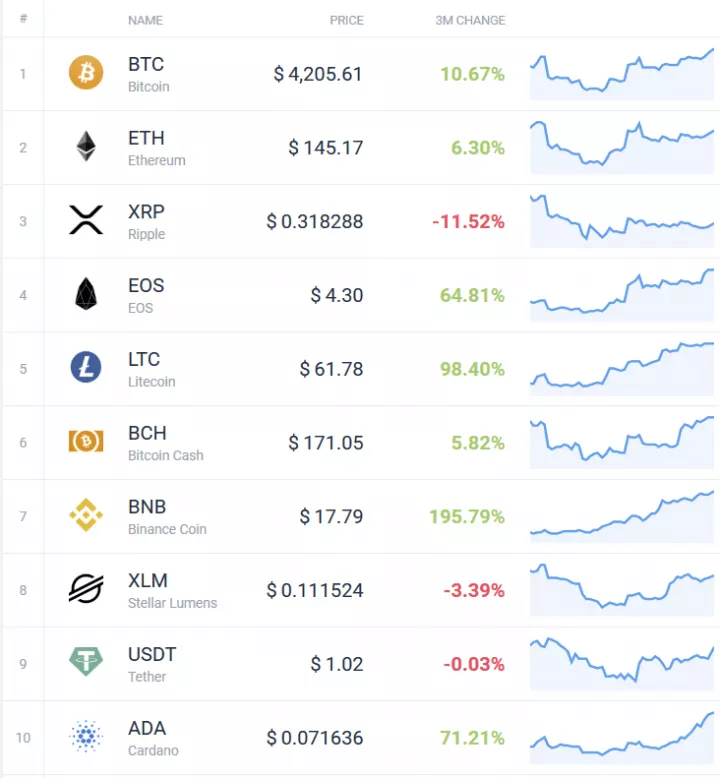 The month of April arrived in style to mark the end of the first quarter (Q1) of 2019. Let us now make a simple review of what happened in Q1.

Q1 was a fair quarter for the major 10 cryptos in the market. There only coins that recorded some major losses are XRP (lost 11.5% of its value) and XLM (lost 3.4% of its value).

The 10 best cryptocurrencies in Q1 of this year, which showed significant gains, include MXM, RVN, and BNB respectively. BNB gained around 200%. However, if we look at the bottom of the list, we see Tezos (XTZ) – growing by 120% - which shows a significant rebound of the market. 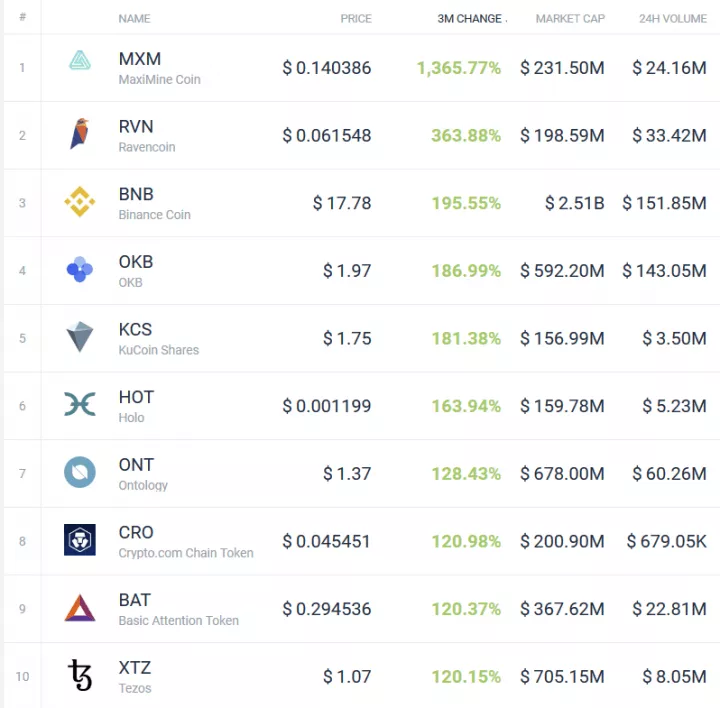 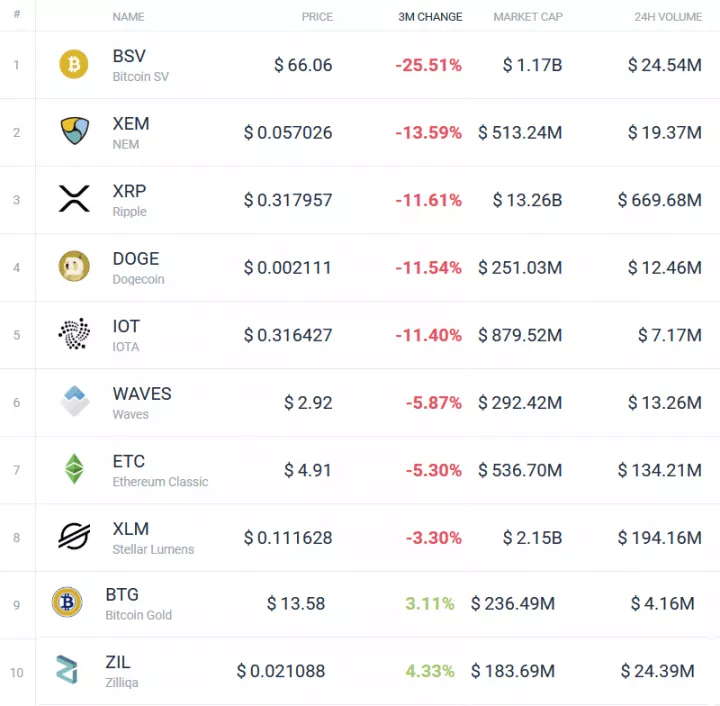 Bitcoin Gold (BTG) and Zilliqa (ZIL) are at the bottom of the list but they seem to be positively recovering by 3.11 percent and 4.33 percent respectively. The losses registered among the major digital currencies give the impression that they are minor compared to the high average earnings. 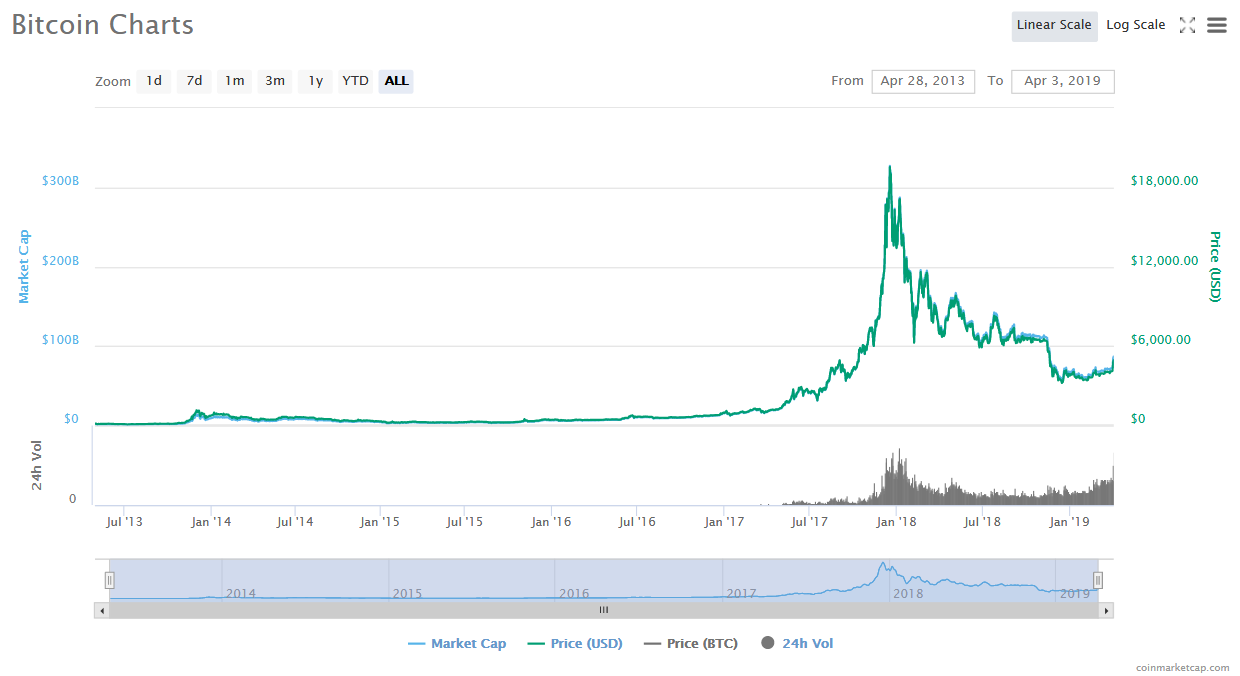