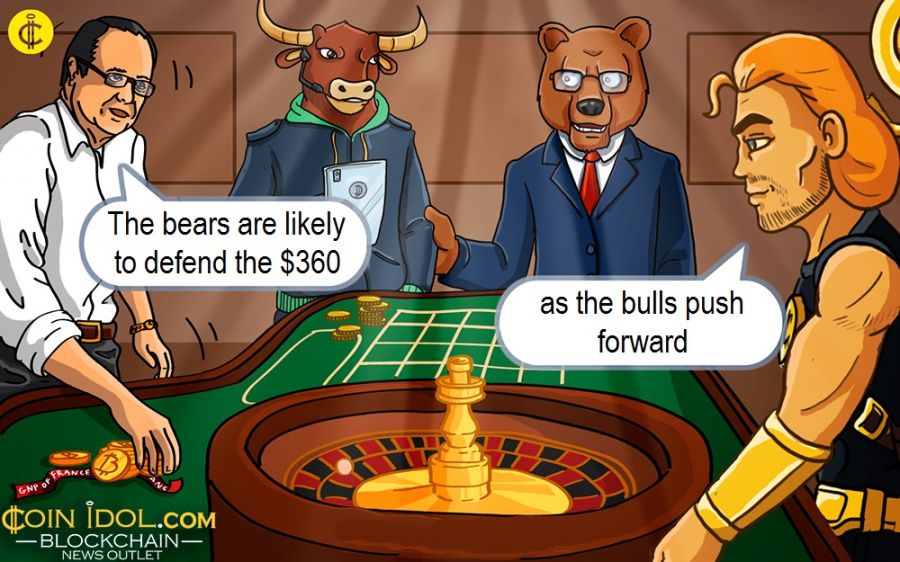 Last week, Bitcoin Cash survived further selling below $300 because the market had earlier slumped into the oversold region. By default, buyers are expected to emerge in the oversold region to push BCH upward. Positively, if the price is above $360 and the momentum is sustained, BCH will be back to its uptrend.

Certainly, a possible move to a high of $500 is possible. Nevertheless, the bears are likely to defend the $360 as the bulls push forward. Conversely, BCH will slump to $300 low, if the bulls turn down from the breakout level of $360. Meanwhile, BCH is still in uptrend as it approaches the high of $360. 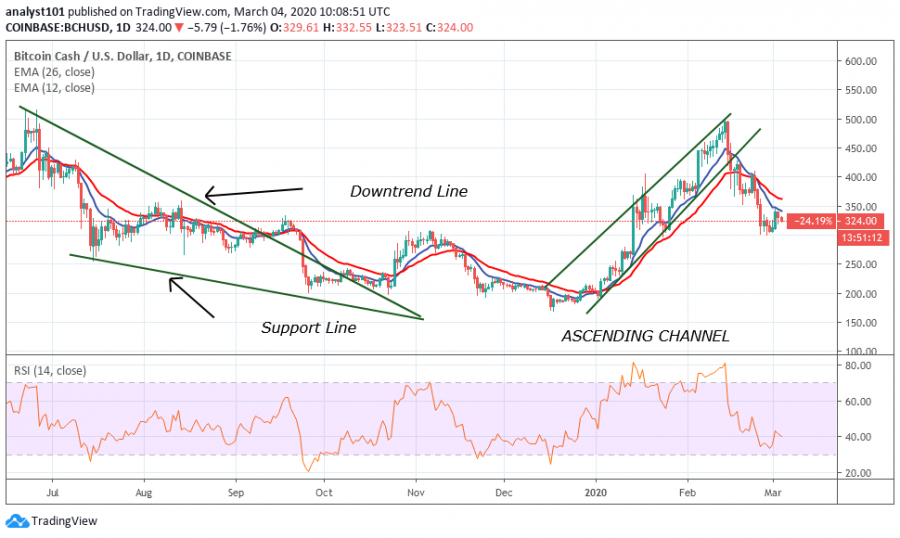 Bitcoin Cash is attempting to resume its uptrend. Can it jump over the hurdle at $360 resistance? The consequence has already been given as the price may drop again to $300 low. In that situation, the price will be compelled to a sideways move if the support holds.