Bitcoin Cash Turns Down From $240 Resistance, Consolidates Above $200 Support 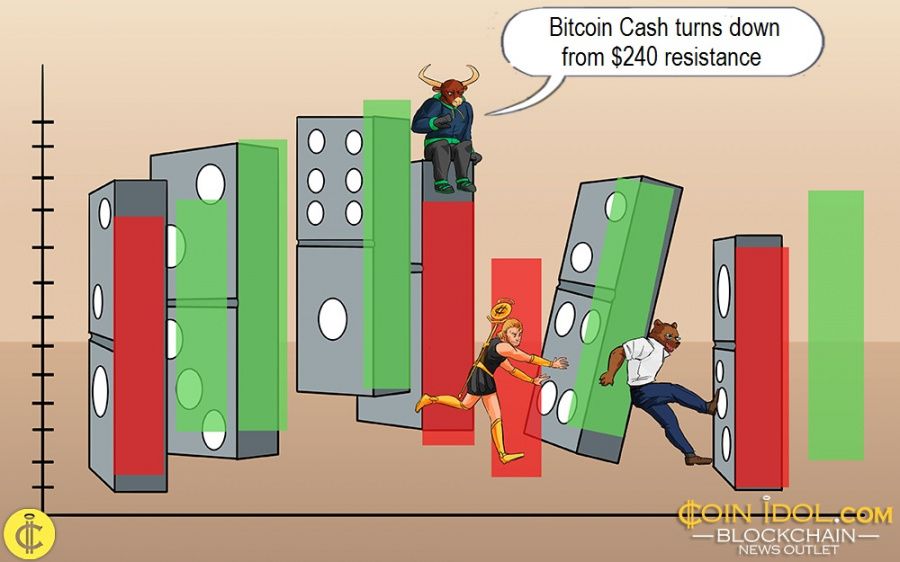 The change in trend could not be affected because of the seller’s dominance at the resistance. The selling pressure is intense as the bulls fail to push BCH above $240 overhead resistance. BCH is trading at $217 at the time of writing but it is in a tight range between $200 and $240. Nonetheless, selling pressure is ongoing as the BCH reaches the $216 low. Nevertheless, the bearish momentum may extend to $200 or $197 low.

BCH is below the 75% range of the daily stochastic. The previous bullish momentum has been erased as selling pressure resumes. Although, BACH's current momentum is weak. The EMAs are sloping horizontally indicating the sideways trend. 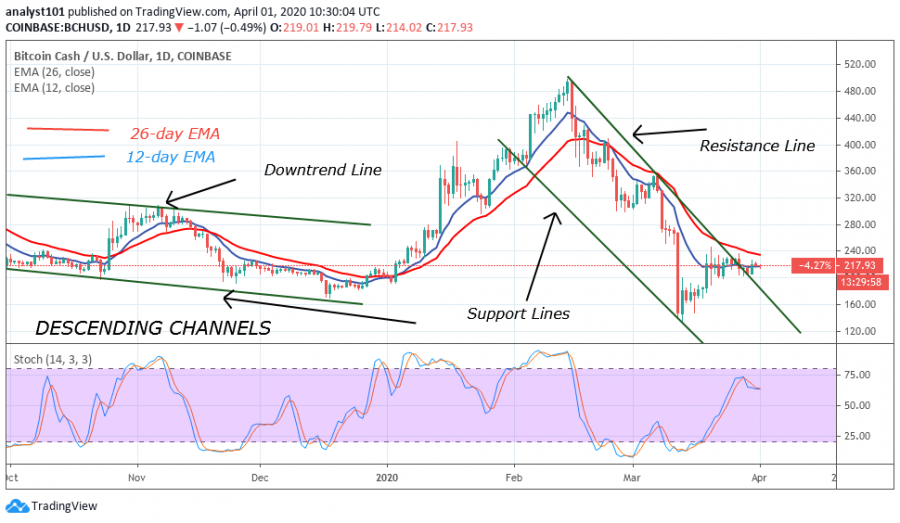 Certainly, the current bearish trend may have subsided, but BCH is at the bottom of the chart. The current uptrend has been cut short because of the dominance of sellers at the $240 resistance. BCH lacks buyers at higher levels. Nevertheless, BCH will pick up momentum and rally above $280, if buyers are more at $240 resistance.

Disclaimer.  This analysis and forecast are the personal opinions of the author that are not a recommendation to buy or sell cryptocurrency and should not be viewed as an endorsement by Coin Idol. Readers should do their own research before investing funds.