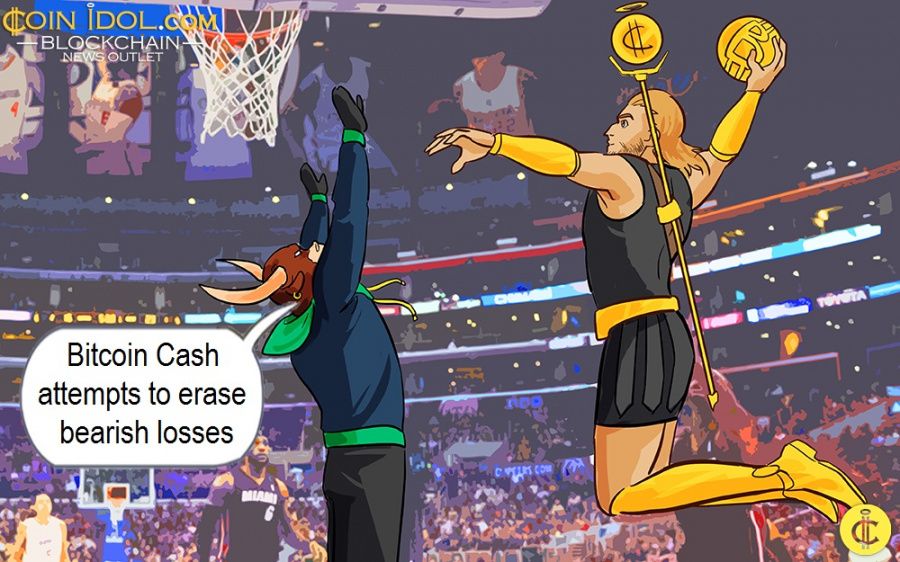 The bulls are unrelenting as they push to the previous price levels of June 2019. BCH is approaching a $500 resistance level. Nevertheless, it is presumed that there will be a strong price tussle between the bulls and bears in the $500 to $522 price level. Meanwhile, BCH has reached the level where the price action formed a bearish double top in June 2019.

This pattern signals the resumption of selling pressure. It is possible that if the price breaks the current resistance, buyers will push the price into a range of $500 to $522. However, if the bulls fail to overcome the resistance at $492, BCH will drop to $440 support level. 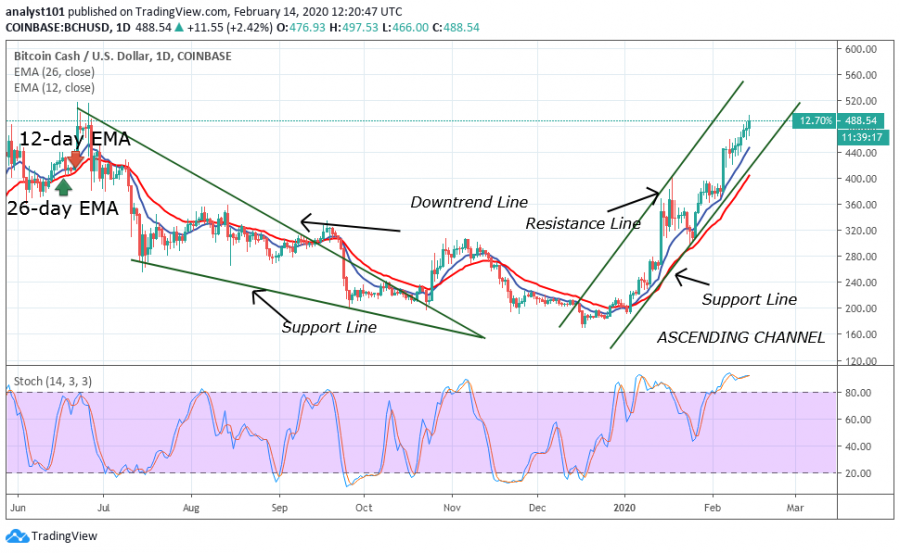 BCH has remained stable since it broke above the $440 resistance. The upward move has been consistent despite the fact that BCH is in the overbought region of the market. BCH is still intact in the ascending channel. However, if the price breaks the resistance line, the upward move is guaranteed. Similarly, if the price breaks below the support line, BCH will drop to the next support.