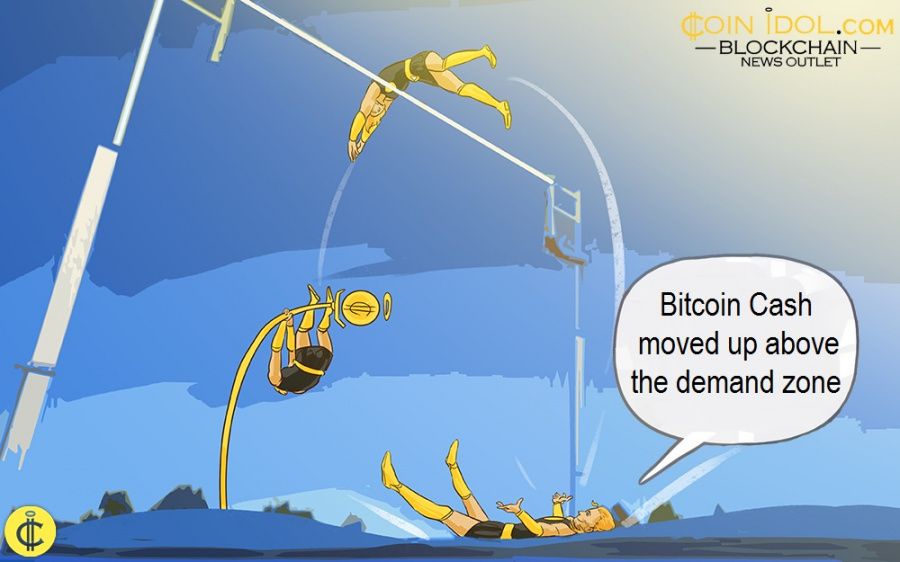 Surprisingly, the uptrend in the preceding week was foiled by the bears as the bulls failed to sustain the price above the $200 demand zone. Meanwhile, today BCH has moved up above the demand zone. Can the bulls sustain the upward move? In the previous analysis, BCH was trading at $205 and it was indicated that an urgent move must be taken or else BCH will go down. Expectantly, the bears took undue advantage and brought the pair to its low at $195.

Meanwhile, the current Support at $195 holds as the bulls make an upward move. The first target of the bulls is the $227 price level. BCH will continue its upward move to the $240 price level if the initial target is successful. Meanwhile, more buyers at the current demand zone will sustain price at higher levels.

BCH fell after trading in the overbought region of the daily stochastic. The pair is now below 60% range which implies that the price is in a bearish momentum. The price broke the support line of the horizontal channel and closed below it. It implies that the selling pressure may persist. 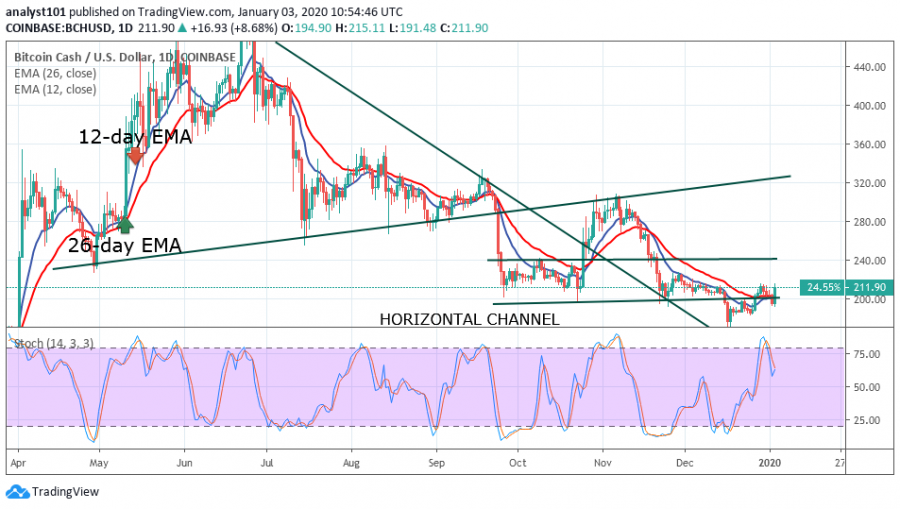 On December 27, the current bullish movement was not sustained as the bulls failed to overcome $216. The bull market commenced from a low of $188 but found support at $195 after being resisted. At the bottom of the chart, the candlesticks have long lower shadows, and it indicates that sellers intend to push the market lower but buyers overwhelm the bears and the market closes higher than the lowest price. From the price action, the current support may likely hold.