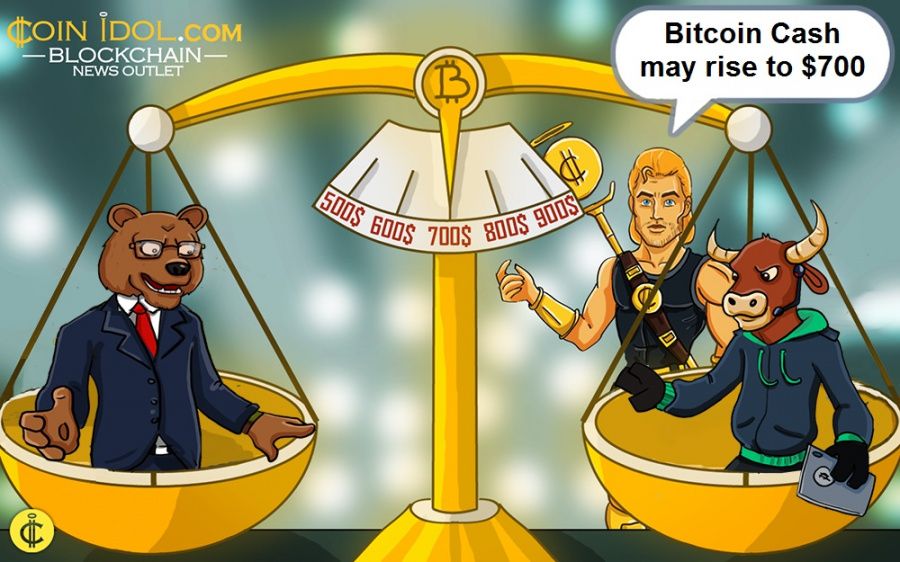 The price of Bitcoin Cash (BCH) has risen back above $590 support after the bulls broke through resistance at $600.

Since October 30, the uptrend has been held back by resistance at $600. If the bulls break the $600 resistance, BCH will rise to $700. However, buyers will struggle with the small resistance at $650.

At the time of writing, BCH is trading at $616. If the cryptocurrency reaches the $650 high and breaks above it, BCH will rise to $700. However, if buyers fail to overcome the next resistance at $650, BCH/USD will fall. In the last uptrend, BCH was met with resistance at a high of $650 on October 21. The market then fell to a low of $533 as the bulls bought the dips.

The altcoin is at the 57 level of the Relative Strength Index for period 14. BCH is in the up zone and is capable of further upward movement. BCH/USD has a bullish crossover as the 21-day line crosses the 50-day line SMA. This indicates a buy signal. The BCH price is in a bullish momentum as it is above the 80% area of the daily stochastic. 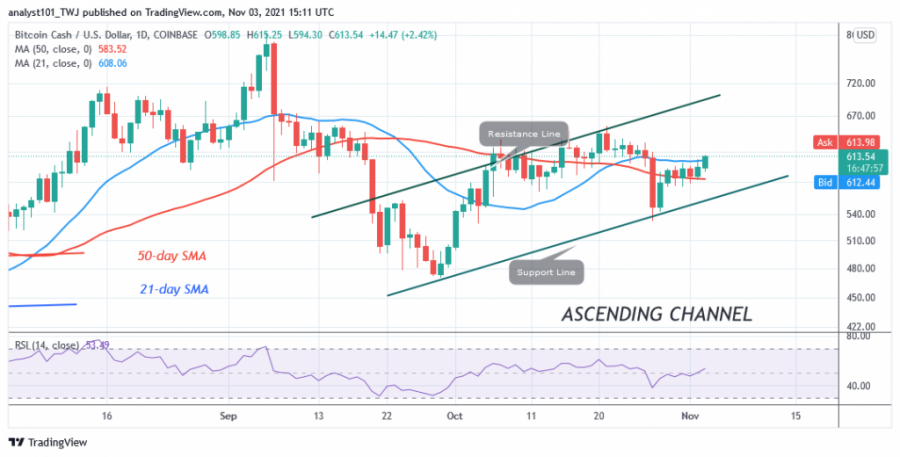 BCH/USD has started to resume its uptrend. The price of BCH has risen above the moving average. Meanwhile, the price has continued the uptrend on November 2. A retracement candlestick has tested the 61.8% Fibonacci retracement level. The retracement suggests that the altcoin is likely to rise to the 1.618 Fibonacci Extension level or $624.46. 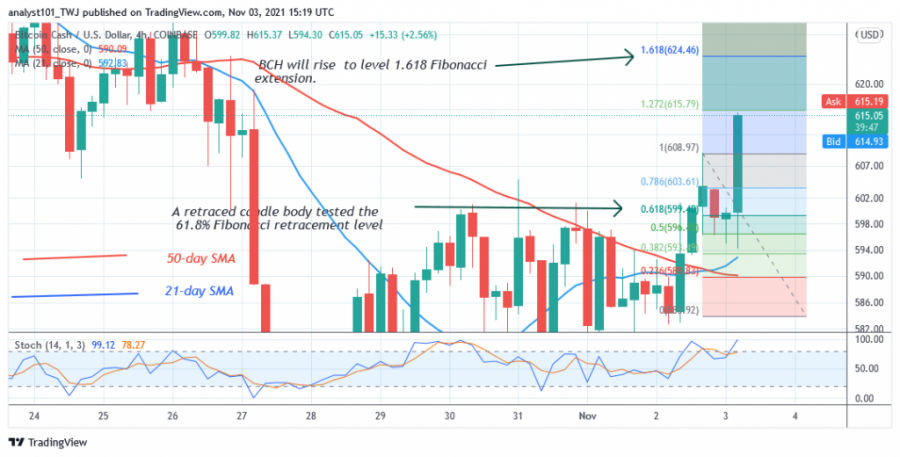