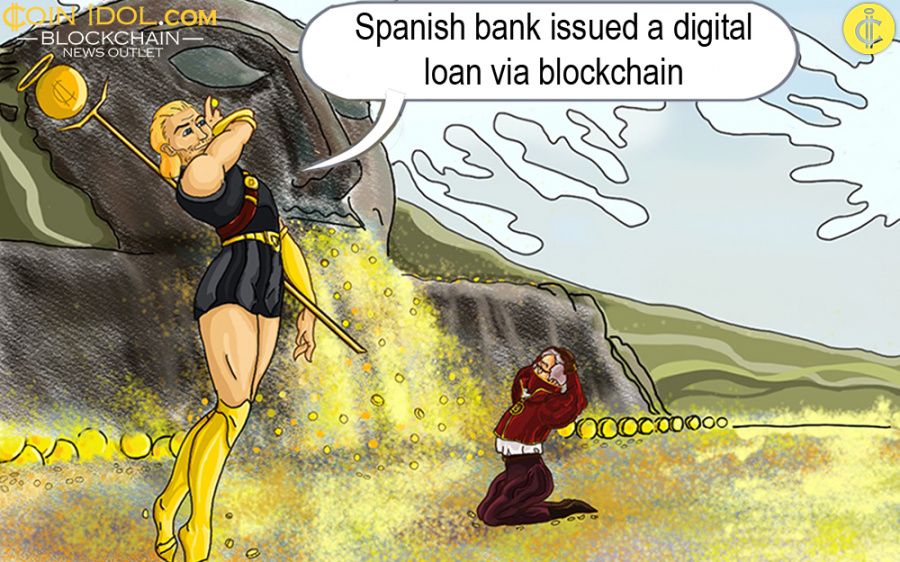 Banco Bilbao Vizcaya Argentaria (BBVA), one of the largest financial market institutions in Spain, has become the very first bank to issue a corporate loan with the help of blockchain technology, according to a report published on April 25 by Financial Times.

“Blockchain can offer clear advantages for all sides in the corporate loan market in terms of efficiency, transparency, security. It’s another strong example of how disruptive technology can be used to add value to financial services, something that is central to our strategy.”

Major Spanish bank BBVA has conducted a fintech corporate loan worth €75 million ($91 million). The trial was performed with a help of two separate blockchain technologies.

According to the report above, the BBVA research group, developing the financial technology, is highly interested in the issuance process, namely negotiation of terms and signing the corporate loan. The initiative is a synergy of two systems, a private digital ledger and the public ethereum blockchain behind cryptocurrencies, such as bitcoin and litecoin.

As the bank authority explained, the blockchain tech minimizes the processing time for the loan from “days to hours”. Furthermore, it is regarded as a “significant advance in the exploitation of [distributed ledger] technology”.