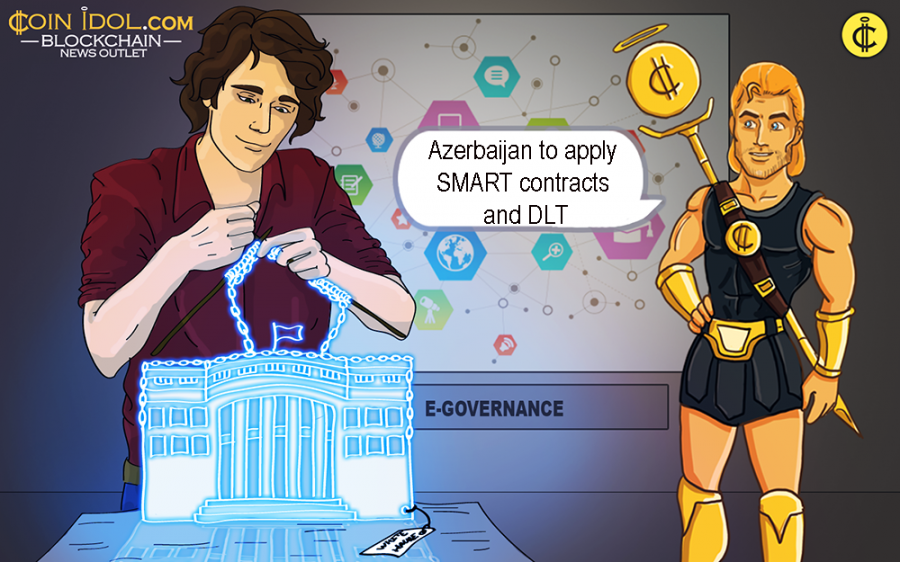 Azerbaijan is considering applying SMART contracts and distributed ledger technologies (DLT) to the utilities and housing sectors. Its Ministry of Justice is joining the list of government departments adopting blockchain technologies to elevate efficiencies.

Osman Gunduz, Chairman of the Azerbaijan Internet Forum (AMF), said that a meeting took place on Tuesday October 30, where key information was given about electronic systems and services offered by the different structural units of the Justice ministry.

“The agency currently provides over 30 electronic services, and also there are about 15 information systems and registries. The registers of "electronic notary", "electronic courts", penitentiary service, the information systems of non-governmental organizations, the register of population, etc. can be mentioned. The planned project entitled as “Mobile notary office”, which provides for the accumulation of all notarial documents in one case, has seemed interesting," Gunduz said.

Blockchain technology is anticipated to add transparency to an old legacy system vulnerable to false manipulation of citizen registries and databases. The government further wants to widen the exploration of DLT in important utilities like electricity, water and gas.

Considering the potential application of DLT in the judicial system, Gunduz  revealed that work towards "electronic courts" is vulnerable because only a few judicial claims have been brought to the "e-government" so far.

“This refers to “electronic courts”. So far, the work in this direction is very weak. Taking into consideration that the project itself has been implemented for almost five years, nevertheless the e-government is used in just a few judicial instances yet. According to my estimates, even more support is needed here. As for notarial institutions, a certain progress is observed here. For example, the extracts from the register related to real estate have already been integrated into the online environment," Gunduz said.

The Central Bank of Azerbaijan ( CBA) is currently undergoing a modernization revolving around the infant technology. The CBA is purportedly collaborating with several financial institutions and key government agencies to effectively implement a modern system that enables "banks to amass, store and analyze client data using blockchain technology that is developed by IBM.

The technology bull hasn't yet ratified the information and there seems to be no evidence showing the partnership apart from the comments coming from Azerbaijan authorities.

Open to Blockchain but Suspicious about Cryptocurrencies

It is worth mentioning that the country has been looking into blockchain and digital currencies for some time already. Earlier this year, the Ministry of Taxes announced that all revenues related to cryptocurrencies will be subject to taxation. That was probably caused by a significant growth in the market and, therefore, the growth of untaxed income received from trading.

Nevertheless, the CBA stays suspicious of digital currencies, arguing that they “are not recognized as a legitimate means of payment and continue to be a dangerous instrument for investing, regulations should be adopted.”

Tags
Blockchain Azerbaijan Technology Government Smart contract Contract Information Service
Most Popular
Jan 16, 2021 at 12:47
News
Ethereum Holds Crucial Support above $1,020 but Struggles to Break Resistance at $1,240
Jan 16, 2021 at 11:53
News
Ripple Slumps as Bulls Fail to Sustain the Recent Rallies
Jan 15, 2021 at 14:11
News
US Domestic Extremists Receive Bitcoin Donations: Does Someone Want to Bring the Country Down?
Jan 15, 2021 at 13:23
News
Bitcoin Cash Declines, May Resume Range-Bound Movement between $430 and $540
Jan 15, 2021 at 12:15
News
Litecoin Recovers but Struggles to Break the Resistance at $156 High
More